The recent Lockheed Martin deal illustrates how the new defence policy is changing common perceptions and paving way for India to become a strategic defence partner for the US.

In early April, the US State Department approved the sale of 24 Sikorsky MH-60R multi-mission helicopters to India in a $2.6 billion deal that will significantly improve India’s naval firepower.

These Lockheed Martin-built helicopters are designed for hunting submarines as well as knocking out ships and conducting search-and-rescue operations at sea. They are considered among one of the most capable naval helicopters available today that can operate from frigates, destroyers, cruisers and aircraft carriers.

India has been in need of these hunter helicopters for more than a decade now and the addition of these would greatly replenish the country’s ageing fleet of British-made Sea King helicopters. It addresses the urgent need of the hour to bolster the naval presence in the Indian subcontinent especially given the aggressive behaviour of China in the Indian Ocean region.

“This proposed sale will support the foreign policy and national security of the United States by helping to strengthen the US-Indian strategic relationship and improve the security of a major defensive partner,” the April 2 release of the DSCA said. “India is a major defensive partner which continues to be an important force for political stability, peace and economic progress in the Indo-Pacific and South Asia region.” 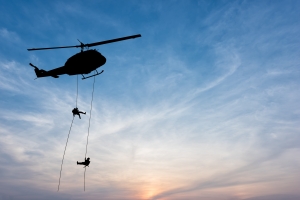 Beyond the immediate bolstering of country’s maritime defence system, there are wider ramifications of this deal in the context of India’s defence procurement plans especially with regards to current controversies over the Agusta Westland case of 2013 and the Rafale Jet deal of 2016. Any major defence deal in India often gets shrouded in controversy—wanted or unwanted, on various counts of corruption. Such controversies generally lead to a period of hawkishness among the country’s political class and bureaucracy that impedes the process of modernisation of equipment for the armed forces.

In the 1980s, the Bofors scandal that implicated some of the top politicians in the country including former prime minister Rajiv Gandhi for allegedly receiving kickbacks for the deal was the first major defence scandal that rocked the nation. In the aftermath of it, jittery politicians dithered over signing any major defence deal and it took more than a decade and the country’s non-Congress led government at the centre in the late 1990s for procurement to begin again in the right earnest.

The Agusta Westland helicopter bribery scandal that burst into the open in 2013 raised a spectre of a repeat of the fear psychosis that engulfed the decision makers after the Bofors scandal.

In 2010, the UPA government had agreed to buy 12 AgustaWestland helicopters built by Italian defence manufacturer Finmeccanica (now known as the Leonardo group) for around Rs 3,600 crore. The helicopters were to replace older Mi-8 choppers for VVIP use. In 2013, however, Italian police arrested AgustaWestland CEO Bruno Spagnolini and Guiseppe Orsi, chairman of Finmeccanica, on charges of bribing Indian officials to secure the deal.

In response, India ordered a federal probe into the charges and put payments on hold. The Defence Ministry also deferred discussions this week on another contract to buy 197 light utility helicopters, fueling fears that the controversy may paralyse the government’s already painfully slow decision-making process.

Subsequently, the CBI alleged that Christian Michel, a middleman in the deal, was paid Rs 295 crore to swing the deal in favour of the Italian manufacturer. Following that the UPA government cancelled the deal and ordered an inquiry.

When the NDA government took over in 2014 winning outright majority in an election where corruption was a major issue, the AgustaWestland case was still fresh and there were fears defence procurement will again take a back seat. The government, however, did not let the scandal slow down the process of modernisation of the army, which is even more critical today when India’s neighbours have become more hostile. Instead, defence deals have grown in the recent past.

India has signed 182 contracts over the last three years with domestic and foreign vendors for the procurement of defence equipment for the three armed services. While 62 contracts were signed for the navy, 79 and 41 contracts were signed for the army and IAF respectively. The defence equipment being bought includes ships, missiles, rockets, simulators, tanks, guns, aircraft, helicopters and radars.

A record 169 of procurement proposals have been approved during the last four financial years with total Acceptance of Necessity (AoN) cost of Rs 2,49,755 crore. Indents have been placed for 105 mm light field guns and electronically upgraded 155 mm guns on Ordnance Factory Board. The government has also accorded approval for acquiring new artillery guns through five procurement cases. 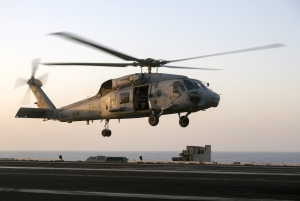 Further, the government has also shown its pragmatism by not holding AgustaWestland to ransom forever even as it will ensure that corruption would not go unpunished. Within three months of coming to power, the government removed the ban on the two companies—AgustaWestland and Finmeccanica, that was placed by the UPA government. It also encouraged the firm to participate in its “Make in India” programme on 3 March, 2015 and was subsequently allowed to invest in the country in October 2015 by the Foreign Investment Promotion Board. Today it is manufacturing 100 AW119 fighter helicopters for India while it also bagged a new contract to build 100 navy choppers for India in 2017. At the same time, proceedings against the scandal have not slackened as Michel was extradited to India in December last year.

The road to fully modernising and equipping the armed forces to face the myriad challenges faced by the country on land, in air and on water is a long one. The current situation is not very flattering. A report of the 2017-2018 Parliament’s Standing Committee on Defence (PSCOD) cited a deposition of the Vice Chief of the Army, stating, “Typically, any modern armed forces should have one-third of forces, one-third of its equipment in the vintage category, one-third in the current category, and one-third in the state of the art category. As far as we are concerned, the state today is 68 per cent of our equipment is in the vintage category, with just about 24 per cent in the current, and eight per cent in the state-of-the-art-category.”

The Indian Navy alone is grossly under-equipped. For its burgeoning fleet, it needs over 230 new helicopters, estimated to cost over $10 billion. It currently operates only 11 Kamov-28 and 17 Sea King ASW helicopters, and even out of these about half of each type are not flightworthy.

Though the need was evident, India has always dithered at what needed to be done for reasons cited before. For example, it abandoned plans to procure 16 U.S.-made Sikorsky S-70B-x helicopters in 2016, although the purchase had already been cleared in 2014 by India’s Defence Acquisition Council (DAC) and the price negotiations had gone on for close to a decade. The S-70B-x are similar to the MH-60Rs being bought today and produced by the same company—Lockheed Martin, but the fresh deal is an indication India has learnt its lessons from the past and wants to move quickly to close the deals.

On a broader scale, the overall cost of buying new fighter aircraft, antitank missiles, maritime patrol aircraft, infantry combat vehicles, helicopters, assault rifles and submarines — will be about $100 billion spread over more than a decade. While traditionally each defence deal itself has taken an average of 8-10 years frustrating foreign vendors, the new procurement procedure seeks to change that perception.

The helicopters should show us how.