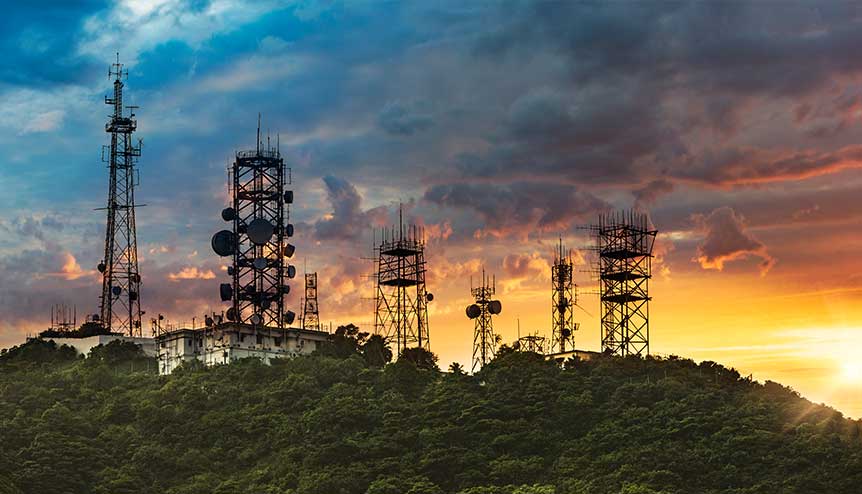 Rather than allow a crucial sector like telecom to sink, the government should bring in legislation to override the orders of the Supreme Court.

The Indian Supreme Court has threatened to slap contempt of court proceedings against officials of the Department of Telecom (DoT) and senior executives of private telecom companies for not following its orders on the payment of aggregate gross revenue (AGR) dues that have accumulated over two decades to about $21 billion.

The issue lies in a decision made by of the Atal Bihari Vajpayee government to allow the then fledgling private mobile companies to migrate to a revenue-sharing model wherein license holders would have to pay the government a percentage of their AGR in lieu of their license fees and spectrum usage charges.

This judgment placed a massive financial burden on the telecom sector, especially on the second and third-largest players – Vodafone-Idea and Bharti Airtel. There are fears that such huge payments could kill Vodafone-Idea, cripple Bharti Airtel and reduce the once burgeoning Indian telecom sector to an effective duopoly dominated by current market leader Reliance Jio. This will  also hurt the prospects of an early 5G rollout, hinder the quality of services and leave a large chunk of India’s 900 million telecom subscribers in the lurch.

To mitigate this issue and to ensure India remains a three-player telecom market – an essential pre-condition for ensuring fair competition – the government decided to allow the telecos to pay their AGR dues over 20 years. Since the telecos disputed the quantum of AGR dues, DoT allowed self-assessment of this amount.

The Supreme Court has called the 20-year payment period “unreasonable” and slammed both these exercises calling them a fraud on the court. Neither of the two exercises – of permitting self-assessment and of accepting the payment over 20 years – goes against the 24 October judgment of the court.

As the decree-holder, it should be open to the government to decide the manner, the number of instalments and the time period of the payment. Also, since the telcos have alleged that several items have been doubled while calculating the principal amount due as well as the penalties and interest thereon, it is only fair that they should be given a patient hearing.

These matters should come in the administrative realm and the judiciary should step in only if there are allegations of fraud and misuse of authority. In deciding to provide some relief to the telecos, the government has considered the state of the economy, the interests of 900 million consumers and the possibility of the loss of thousands of jobs if one or more of the telcos collapse under the weight of the AGR burden.

These come squarely within the domain of the government’s administrative and discretionary powers.

The health of the telecom sector is critical as the broadband has become, arguably, the most important platform on which the Indian economy rests.

Rather than allow this crucial sector to sink, senior jurists such as Harish Salve have said the Government of India should consider bringing in legislation to override the orders of the Supreme Court.

The balance of convenience certainly lies in favour of this argument.