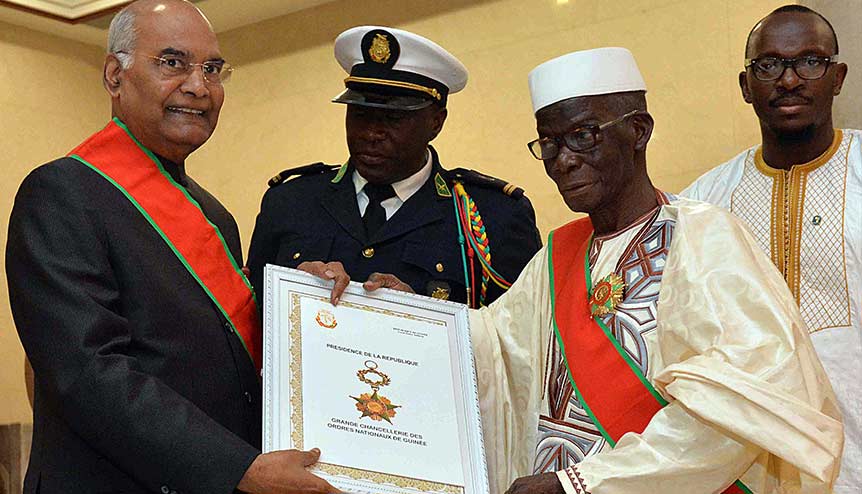 The FTA with the continent will open a huge market for Indian businesses while enabling African countries to accelerate economic growth and development in a sustainable manner.

While addressing a recent webinar hosted by the Federation of Indian Chambers of Commerce and Industry, Rahul Chhabra, Secretary, Economic Relations, Ministry of External Affairs, emphasised the need to make “India resilient for business opportunities in Africa.” 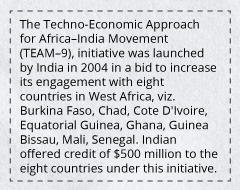 Chhabra’s words come close on the heels of FTA discussions between India and the African content. India’s engagement with the land of the Serengeti and Savannahs dates back through history and has grown in leaps and bounds over the past few decades; forged under a shared colonised past and a future that looks towards sustainable development, trade and prosperity. Africa on its part has emerged as the new global frontier for economic growth and expanding geopolitical influence. It also just happens to be the epicentre of the rising competition between Asia’s two economic giants: India and China. And yet, India’s approach towards Africa has always remained benevolent, based on respect, admiration and mutual growth and development. And therein lies the key to prosperity for both the continent and country. 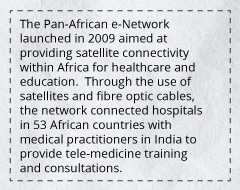 According to Landry Signé, Senior Fellow, Africa Growth Initiative, Brookings Institute and author of the book, ‘Unlocking Africa’s Business Potential,’ African economies are becoming increasingly competitive, with countries such as Mauritius, South Africa, Morocco, Seychelles, Tunisia, Algeria, Botswana, Egypt, Namibia, Kenya, and Rwanda all ranking in the top 100 on the Global Competitiveness Index 4.0. In addition, the continent’s 1.1 billion population with a median age of 19 years offers Indian investors a huge and aspiring consumer market. And let’s not forget a lot of these countries also happen to have accelerated economic growth. For example: Ethiopia, Africa’s most populous country, has an average economic growth of 11per cent per year, making it one of the fastest growing economies of the world.

Africa is also rich in natural resources such as tungsten, gold, beryllium, cobalt, kaolin, iron-ore and perhaps most essential to India, crude oil. 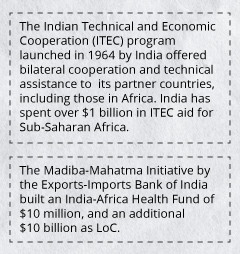 India is currently in the process of developing a Free Trade Agreement with Africa, which once rolled out would be similar to the African Continental Free Trade Area (AFCFTA). The FTA opens up a huge opportunity in exports, investments and business. Rahul Chhabra, Secretary, Economic Relations, Ministry of External Affairs also emphasised how India could help African industry, saying: “India could play by working on the entire business value chain, covering aspects like capacity building, training and aligning with the strategies the industry is chalking out, for enhancing India’s presence in Africa.” 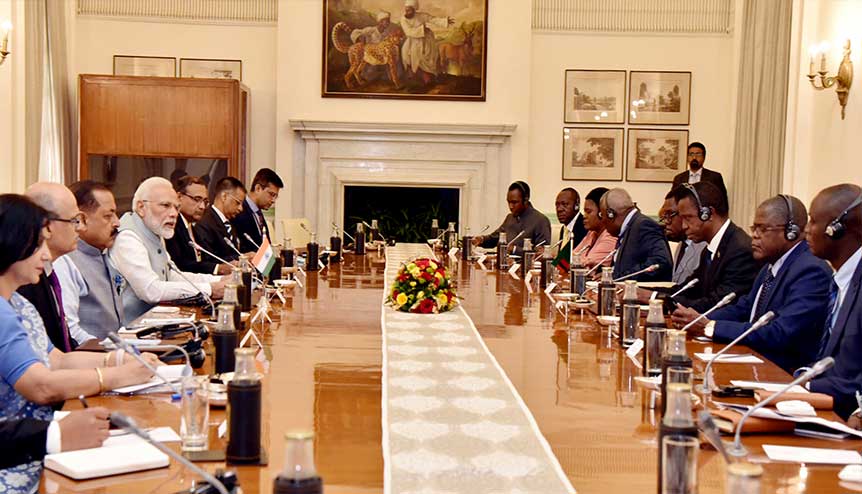 Prime Minister Narendra Modi and the President of the Republic of Zambia, Edgar Chagwa Lungu, during the delegation level talks last year. An FTA with Africa would open up huge opportunities in exports, investments and business for India.

As the world’s second-largest demographic, third-largest defence budget and fifth-largest economy, India has much to offer Africa. What’s more, unlike China who engages its own labour force in any infrastructure or business projects it partners with; and has a track record of leaving its partner countries in debt traps (Sri Lanka, the Maldives, Nepal are just a few examples). India, on the other hand, offers a benevolent partnership built on respect, sustainable growth and perhaps more important, engaging and upskilling local workforce. Principles which were clearly outlined by Prime Minister Modi during ins 2018 visit to Uganda.

And let’s not forget the strong people-to-people bonds. Africa, after all, is home to one of the largest Indian diaspora communities in the world, with over 3 million people of Indian origin settled in the continent. 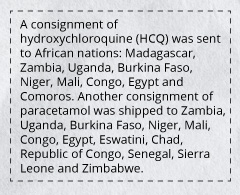 India is Africa’s third largest trading partner with bilateral trade of $63.3 billion in 2018-19. Over the years, India has offered Africa assistance and support via several partnerships, agreements and programmes which offered financial and medical aid, investments in infrastructure, research and development and, of course, trade.

African countries that have benefitted from their partnership with India:

India is Nigeria’s largest trading partner and Nigeria is India’s largest trading partner in Africa. Over the last decade Indian private sector companies have increased their engagement with Nigeria. As of January 2020, 135 companies owned and/or operated by Indians or Persons-of-Indian origin present in Nigeria have invested over $15 billion in FDI.

More recently, Indian External Affairs Minister S Jaishankar held talks with his Nigerian counterpart Geoffrey Onyeama to discuss stronger cooperation on counter terrorism, insurgency and piracy in addition to trade. India and Nigeria also signed an MOU in 2020 on “Cooperation in the exploration and use of outer space for peaceful purposes.” The MoU provides for capacity building assistance by ISRO, India’s Space Agency, along with exchange of scientific know-how and cooperation in remote sensing, communications and navigation. The later will help Nigeria’s departments of forestry, environment, agriculture, mining and also assist with watershed development and connectivity.

During his visit to Uganda 2018, PM Modi announced two Lines of Credits for construction of electricity lines and Substations worth US$141 million and Agriculture and Dairy production for US $ 64 million. An agreement was also signed where India would set up eight Material Testing Laboratories for Highways (MTLH). 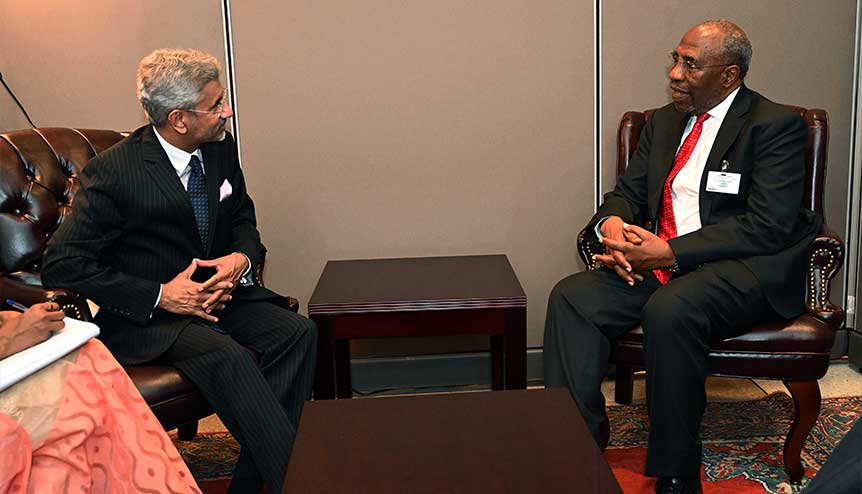 External Affairs Minister S. Jaishankar discussed deeper bilateral collaboration with Dr Ruhakana Rugunda, Prime Minister of the Republic of Uganda on the side lines of 74th session of UNGA in New York.

The two countries also signed a MoU on defence cooperation and trade. So far India has donated a Cancer radio therapy machine, medicines, and vehicles to Uganda as part of its ongoing diplomatic outreach.

India and Kenya have been engaging with each other since 1960’s with a joint agreement granting each other a ‘most favoured destination’ status signed in 1980’s. Kenya was laos part of the Pan Africa e-network initiative. Kenya also received a Line of Credit of US$ 61.6 million by EXIM Bank of India for upgrading its power transmission sector and humanitarian assistance of US$ 8 million towards the famine and drought in the Horn of Africa. More recently, India sent over medical aid to Kenya during the Covid-19 pandemic.

Kenya was one of the countries identified by India for an agreement on air bubbles or air corridors during Covid-19 lockdowns.

Both countries have a strong bilateral partnership with trade between the two coming to $10 billion in 2019. 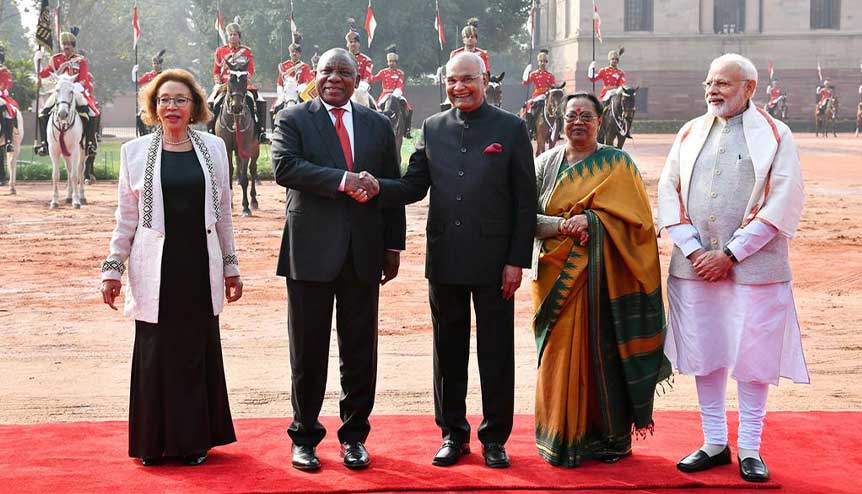 India is South Africa’s fifth-largest export destination, fourth-largest import origin and second-largest trading partner in Asia. A joint study by Confederation of Indian Industries (CII) and Price Waterhouse Cooper (PwC) reported over 140 Indian companies active in South Africa with an investment of $4 billion. South Africa is home to the highest number of Indian diaspora in the African continent, constituting 3 per cent of South Africa’s total population.