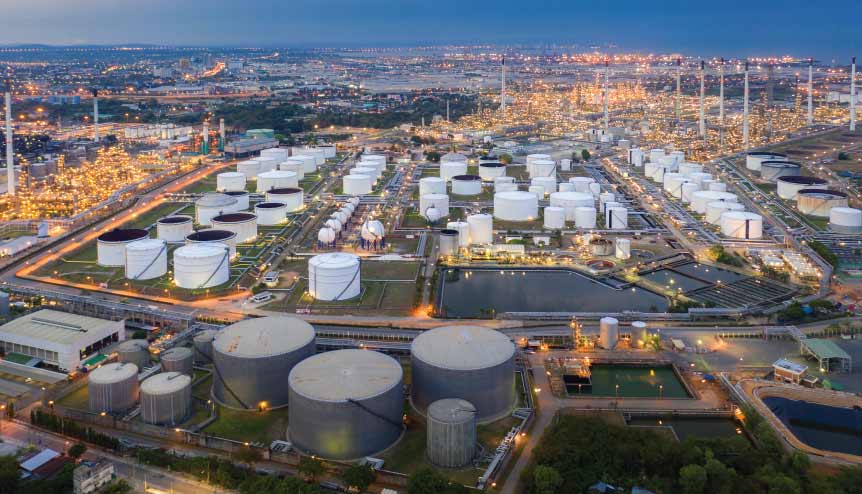 India’s need for ramping up its energy security is rising in line with its growing dependence on imported crude oil. This has meant that besides building out strategic petroleum reserves at home, the country is looking abroad to secure upstream energy assets, which can be a bonanza for international investors.

On the heels of PM Modi’s push for transforming India into a self-reliant or “Atmanirbhar” state, the government’s intent to cut current oil import dependence of 83 per cent by 10 per cent by 2022 and by 50 per cent by 2030 stands out as an opportunity for public-private partnership to take a foothold in the energy space. 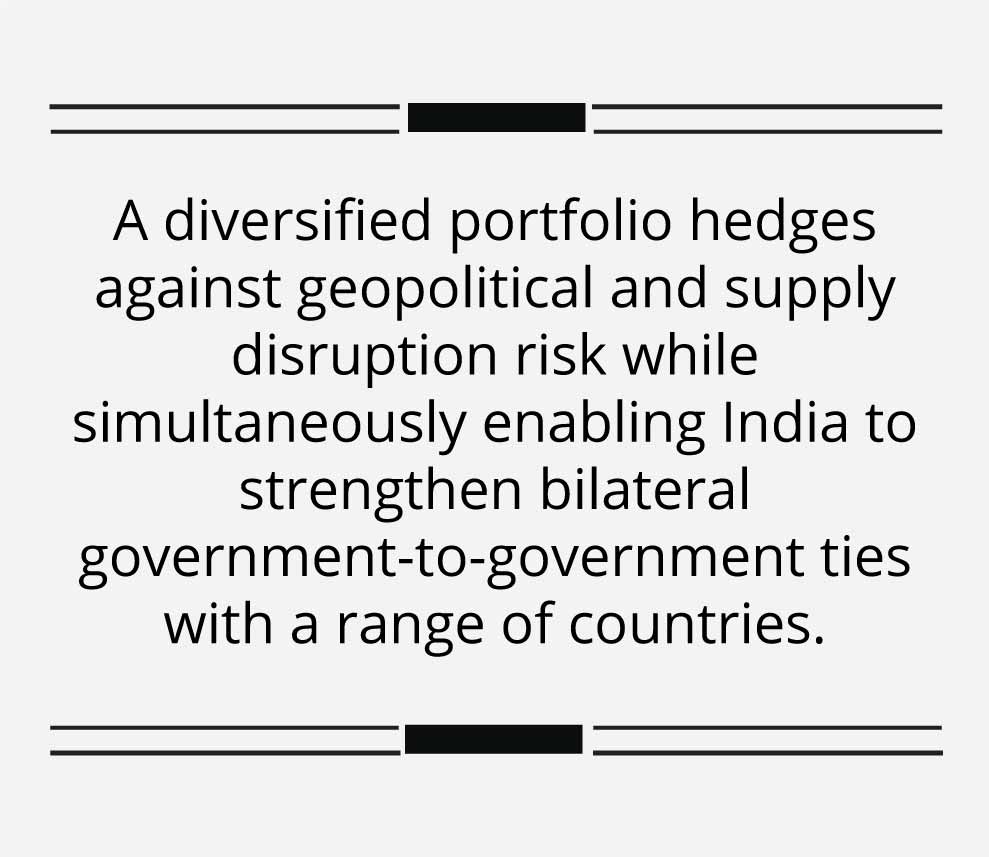 How will this ambitious target be met in light with an expected doubling in oil consumption over the next decade? How will India offset a consistent decline in domestic Indian production? Increasing the electrification of the auto fleet and tapping a large local biofuels capacity are two measures that will take the country closer to its energy security goals. But weaning the country off its dependence on oil will not be enough. Amidst the low-price environment, a concerted effort is required to invest in exploration and production (E&P) to reap rewards in terms of intrinsic financial and strategic value.

The lay of the land 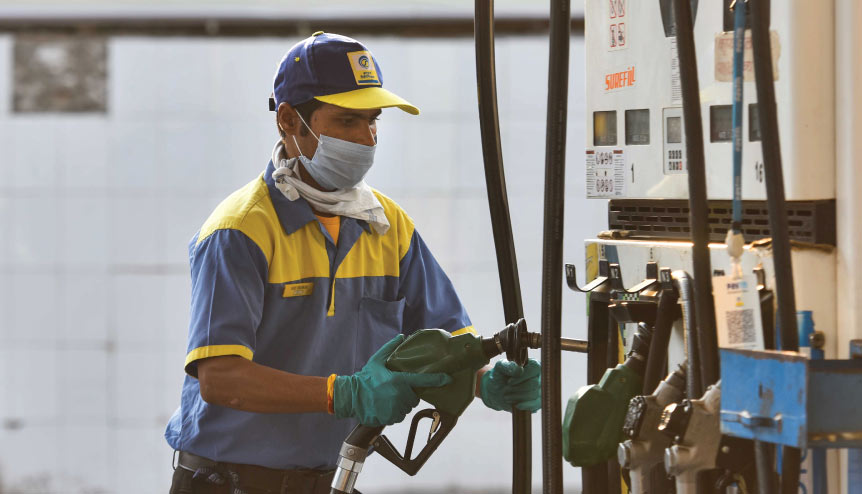 Overseas production has ramped up over the last five years with ONGC Videsh, Bharat Petroleum and Indian Oil taking the lead for the state to secure reserves abroad. ONGC-V itself has ploughed north of $29 billion into assets globally with notable investments recently in Abu Dhabi, Mozambique and Sakhalin on Russia’s resource rich eastern seaboard. It also unveiled a $16 billion investment plan to double production volumes and triple refining capacity. Meanwhile, there has been a stated pivot away from geopolitically unstable regions like Venezuela, Sudan, South Sudan and Syria that have yielded variable and lower than expected production rates. A diversified portfolio hedges against geopolitical and supply disruption risk while simultaneously enabling India to strengthen bilateral government-to-government ties with a range of countries. 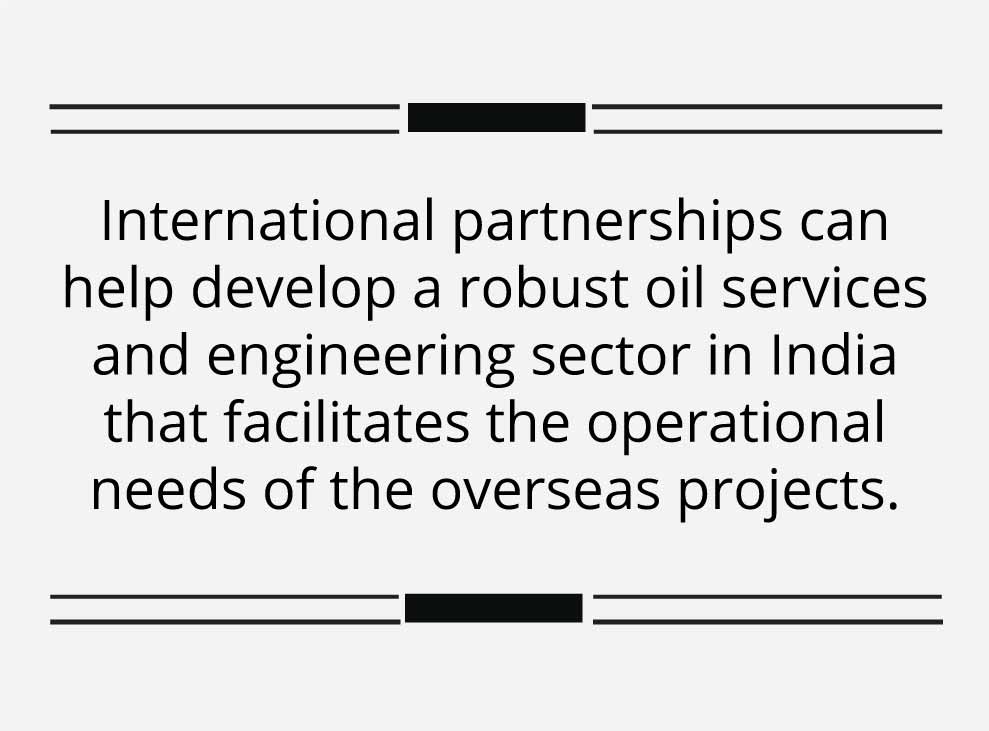 Indian oil companies have alliances with over twenty large integrated majors and smaller international upstream players covering deepwater to land-based production, yet the scale and scope of the collaboration will have to be raised in order to access and develop new fields. This will open opportunities for more foreign partners – both small and large with varied capabilities – to work with the big three Indian firms to expand their footprint through the government’s “Going Abroad” endeavour.

So what are the opportunities, and who will find value in this partnership? International partnerships can help develop a robust oil services and engineering sector in India that facilitates the operational needs of the overseas projects. This would serve the country well both in terms of cost-reduction and self-reliance. Saudi Aramco, ADNOC, Rosneft and Trafigura have all committed to participating in the in the domestic downstream space. The former two are planning on a $60 billion mega-refinery in Maharashtra, giving them a much-needed “sink” for their crude oil production as the western world sees a slowdown in oil consumption growth. The latter two inked a $12.9 billion deal to purchase Essar Oil, with a similar intent. The natural next step would be to create end-to-end value chains and exercise optionality of both the upstream and downstream businesses.

In this, the role of cash-rich, asset back merchants can be significant going forward. Utilising India’s large and growing refinery capacity and thereafter, domestic retail space, would be well complemented by an upstream presence and related offtake barrels. Reducing the cost burden on the PSUs is crucial in the current economic environment as they work towards the “Aatmanirbhar” goals. Working through co-financing and revenue sharing models will provide access to low-interest international loans, and with a reduced financing costs in exchange for partial revenue share, Indian firms will be given a fillip to quickly expand across geographies.

About the Author: Suryakant Kanegoakar