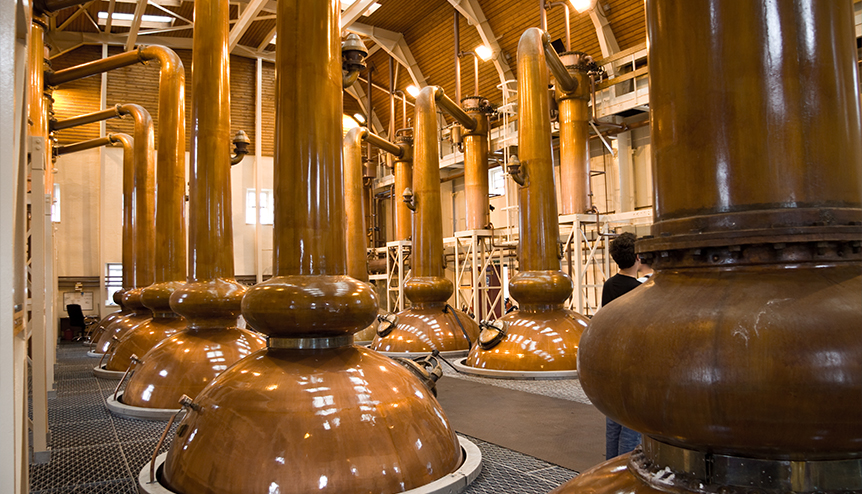 One of Scotland’s premier exports, its whisky, continues to prove hugely popular in the Indian market, with latest figures placing India among the top three markets for the tipple with 112.6 million bottles sold in 2018.

India was among the top export destinations for Scotch whisky in 2018, a year during which the export value of Scotland’s popular tipple grew by 7.8 per cent to hit a record £4.70 billion.

Official figures from the UK’s Her Majesty’s Revenue and Customs (HMRC) analysed by the Scotch Whisky Association (SWA) have revealed that India remains among the top 10 export destinations for whisky produced in Scotland. The Indian market was among the top three in terms of volume, with 112.6 million bottles sold to India in 2018, compared to top-ranked France at 187.8 million bottles and second-placed US at 136.8 million bottles. In terms of value, India came in at £138.8 million, up 34.1 per cent compared to 2017.

“2018 was another year of strong export growth for Scotch Whisky, attesting to its enduring popularity in different countries and among cultures right across the world. Quite simply, Scotch Whisky remains the whisky everyone wants to drink,” said Karen Betts, Chief Executive of the Scotch Whisky Association.

“A key driver for global growth is the growing market for premium spirits. Scotch Whisky is in a great position to take advantage of this given its unrivalled reputation for quality, authenticity and provenance,” she said.

However, the whisky association chief warned of risks posed by Britain’s impending exit from the European Union (EU) in March, at a time when EU member-countries like France, Germany and Spain are among the leading export markets for the spirit. The EU is the largest region for Scotch exports, accounting for 30 per cent of global value and 36 per cent of global volume.

She said: “These figures underscore strength of the Scotch Whisky category, which has continued to grow despite the challenges posed by Brexit and by tensions in the global trading system.

“However, the industry does not take continued growth for granted. We operate in a competitive global marketplace and so a competitive business environment in Scotland and across the UK is vital to Scotch whisky’s success.”

The association called for fair and balanced regulation and taxes, including excise duty, to give distillers the confidence to invest in future growth. It said the UK and EU must agree to an open and positive future relationship, which delivers frictionless trade with the EU, and the UK must also secure ambitious trading relationships with key markets around the world.

“In that context, it is important to our industry, as to many others, that the UK does not leave the EU without a deal at the end of March. We are urging the government and Parliamentarians to work together constructively and pragmatically to ensure that an agreement is reached as quickly as possible,” Betts added.

In 2018, the number of 70cl Scotch bottles exported hit record levels, growing to the equivalent of 1.28 billion, up by 3.6 per cent over the previous year.

The figures reveal that the US became the first billion-pound export market for Scotch whisky, growing to £ 1.04 billion last year and blendedScotch whisky underlined its position as the bedrock of the industry with global exports of £ 3.04 billion. There was further growth in exports of Single Malt Scotch Whisky, growing by 11.3 per cent in 2018 to £ 1.30 billion.

The Scotch Whisky Association said the country’s Scotch whisky industry directly employs 10,000 people in Scotland, including 7,000 in rural areas, and supports a further 30,000 jobs across the UK. The product is heavily export-oriented, with 175 markets worldwide and 41 bottles shipped overseas every second in 2018.

The news of an expanding Scotch whisky market in India came as it emerged that sparkling wines produced in Britain were also growing in popularity. Nyetimber, based in West Sussex, recently announced plans to go global and tap into Asian markets like India after a record grape harvest last year. It follows a 400 per cent rise in sales as a result of growing demand from Europe and the US for UK-produced fizzy wines, previously a reserve of the French region of Champagne.

Nyetimber is already stocked in some venues in Singapore and Hong Kong but the international rollout will take it into new markets in Japan and India.

“Our wines are now seen as genuinely world-class and are competing with the very best from France and the rest of the world,” said Eric Heerema, who acquired Nyetimber in 2006.

“One of the opportunities of a changing climate is the chalky soil of parts of England, combined with the weather that we are having, means that English sparkling wine will have a bumper harvest,” UK environment minister Michael Gove said at the time.

Under EU rules, only sparkling wine produced in the Champagne region of France and fermented to a certain specification can be characterised as such. All other fizzy wines created from grapes produced outside the region are referred to simply as sparkling wine.