India has turned a grave crisis into a beacon of opportunity

India has turned a grave crisis into a beacon of opportunity 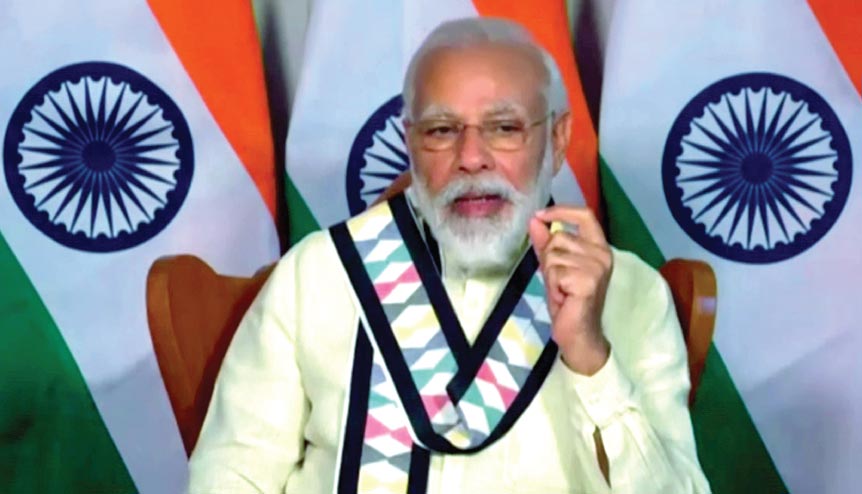 With India’s most successful administrator at the helm, the country’s internal actions to announce a massive fiscal stimulus and bring back hundreds of thousands of citizens from around the world have burnished its credentials as a global crisis manager.

The days that led up to 11 August 1979 in western Gujarat were full of violent downpour. It had rained for more than 10 continuous days in the areas around the serpentine Machhu river, piling increasing pressure on the four-kilometre long Machhu Dam down the river.

On August 11, the dam’s floodgates – designed to handle no more than 220,000 cusecs of water – received a lethal inflow of 400,000 cusecs. When the floodgates eventually collapsed on that fateful night, it unleashed a devastation never seen before in the region. In less than an hour, floodwaters as high as 30 feet inundated the low-lying area of the industrial city of Morbi, located five kilometres downstream, and the surrounding rural areas. Tens of thousands of civilians died in the sudden floods, and thousands of others were left homeless. 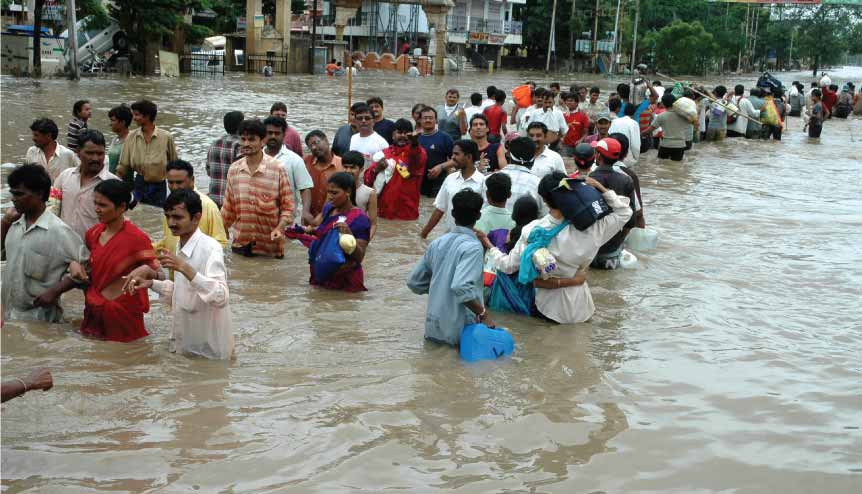 The 1979 floods in Gujarat were the first crisis that honed Modi’s, then a 29-year-old RSS pracharak, calm-headed crisis management skills.

As India Today noted in an eyewitness account published in September 1979, the floodwaters gradually receded to give way to “bloated animal carcasses and dismembered remains of human bodies” being flung on trucks, “engulfed by the stench of putrefying flesh”. When the then Indian Prime Minister Indira Gandhi visited the ghastly surroundings of Morbi in the aftermath of the disaster, she was famously photographed covering her nose with a handkerchief.

But undeterred by the stench of putrid bodies and decaying carcass, a team of volunteers from the Rashtriya Swayamsevak Sangh (RSS) and the Janasangh rushed in to mount relief and rescue efforts for the survivors, working amid the mud, filth and heaps of dead bodies to help the living and provide some dignity to the departed. Among the team was a 29-year-old RSS pracharak or preacher from Gujarat, whose calm-headed crisis management skills helped the group efficiently deal with the calamity.

His name was Narendra Modi.

Since the days of the Morbi disaster, the Indian Prime Minister has dealt with a variety of crises even as he progressively rose in the ranks of the RSS and the BJP. Indeed, Modi’s early years of grassroots work in the RSS have helped him sharpen his skills in crisis management.

And exposure to a variety of volatile political situations and natural disasters have turned him into India’s most successful administrator and organisational manager – pre-empting a crisis or taking proactive steps to mitigate it. The proof of that lies in Modi’s active role in the anti-Emergency outfit Lok Sangarsha Samiti in 1975; handling the 1998 cyclone that hit the port town of Kandla; the crippling drought in Gujarat in 2000 and the flash floods in the capital city of Ahmadabad in the same year. 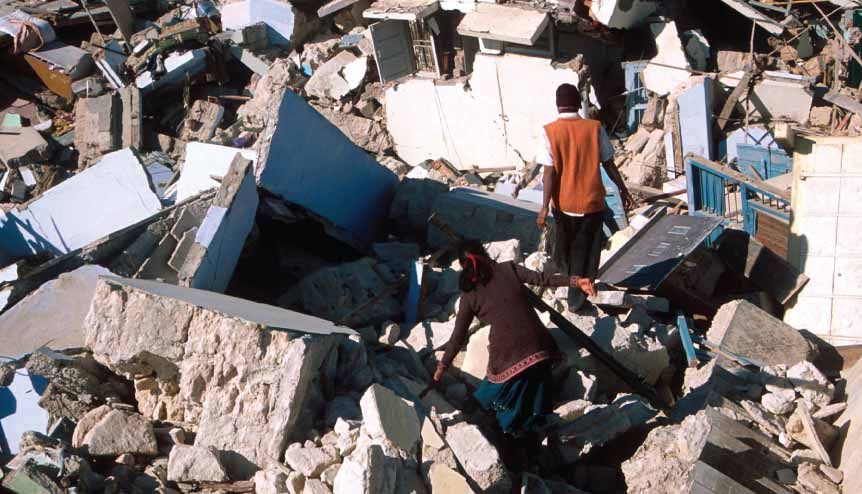 Bhuj’s astonishing rise from the rubbles of 2001 to an economic and industrial powerhouse is testament to its then CM, Narendra Modi’s statesmanship.

But the tragic devastation that truly burnished Modi’s credentials as the crisis manager of Gujarat came on 26th January 2001. The devastating Bhuj earthquake killed more than 20,000 people and injured about 200,000 – decimating homes, livelihoods and the morale of the state. But what was easily the challenge of a lifetime for any Chief Minister became a masterclass in rebuilding a region for Modi – he quickly sought the support of religious agencies, social organisations and NGOs, while appealing to the wealthy Gujarati business diaspora around the world to help out. 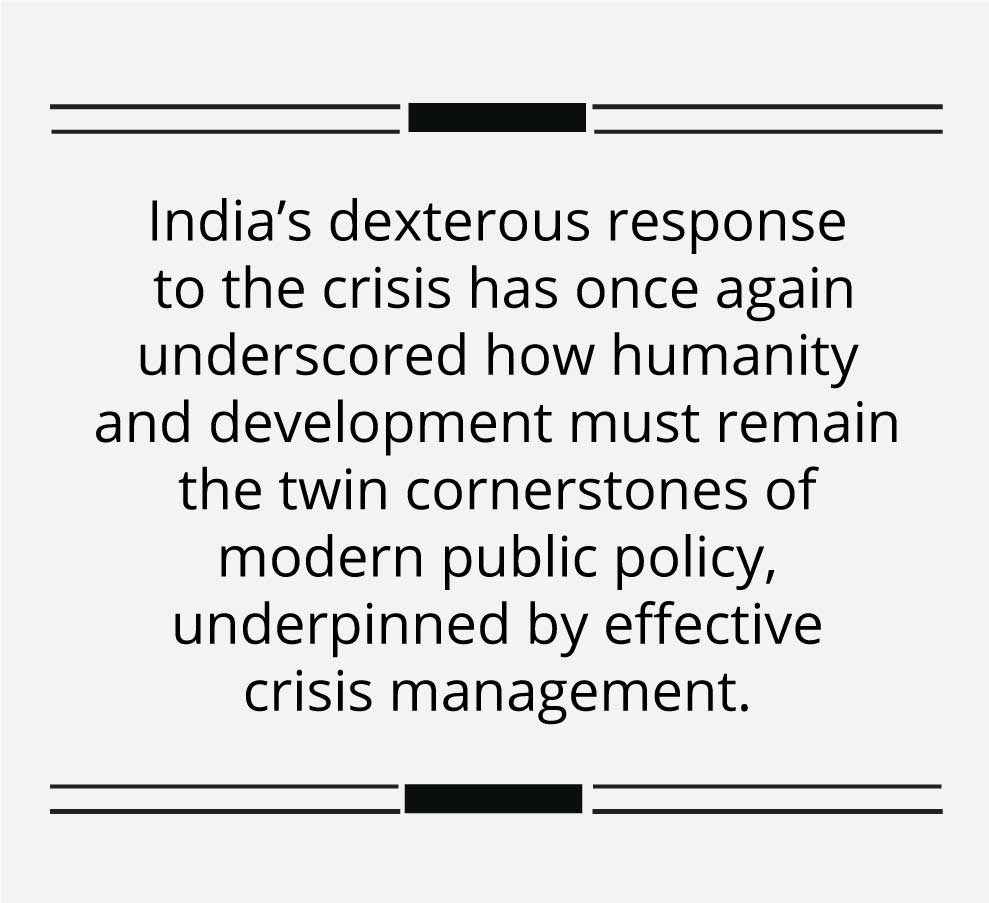 The astonishing rise of Bhuj, its adjoining districts and the entire state of Gujarat from the rubbles of 2001 to an economic and industrial powerhouse in less than a decade is today the subject of case studies at Harvard University and research documentaries by the BBC.

It is therefore heartening that the architect of that resurrection is at the helm of the Indian government today, for India couldn’t have counted on any better crisis manager than Prime Minister Modi to deliver it out of the challenges faced due to the Covid-19 pandemic.

As the coronavirus infection began spreading in its early days, the Modi government decided to enforce a lockdown that was arguably the strictest in a large democracy – but one that health experts today credit with saving thousands of lives.

Similar proactive steps have followed in the economic domain, where India rolled out an unprecedented stimulus package worth nearly 10 per cent of its gross domestic product to stem the fallout of the coronavirus pandemic on Asia’s third-largest economy. 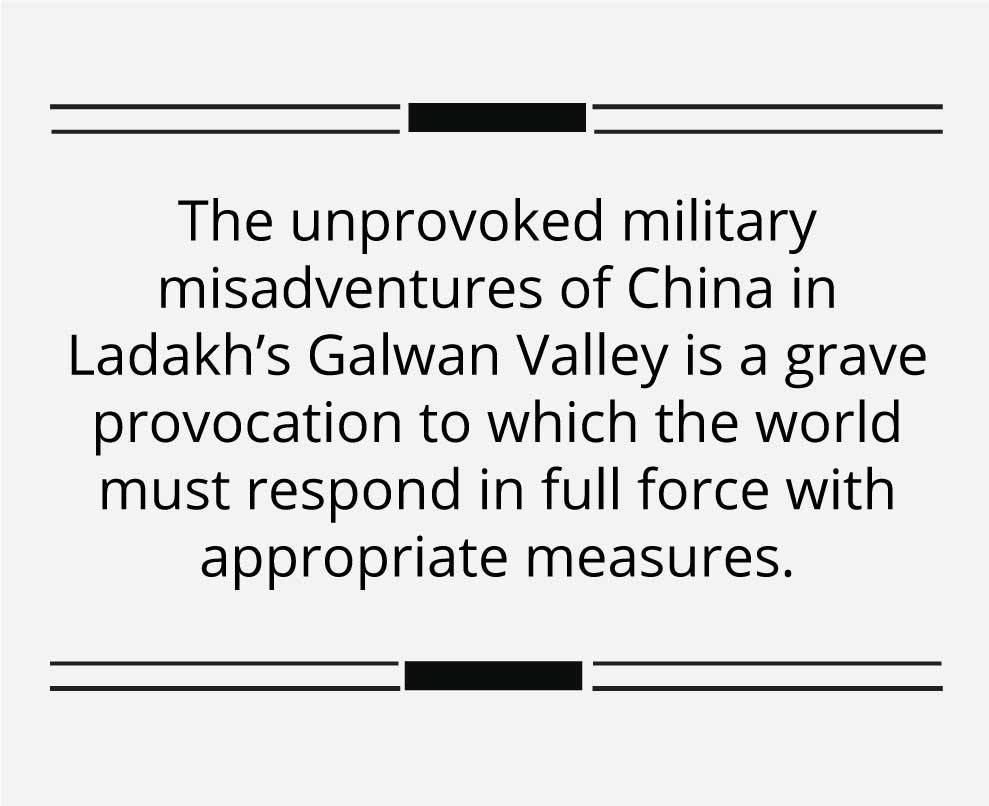 The package, totalling $265 billion, will not only help the economy get back on its feet after months of stay-at-home restrictions but also pave the way for far-reaching economic reforms that business leaders and economists have long clamoured for to attract global investments and give a boost to the industry. The spending plan, tax breaks for new plants, incentives for overseas companies and sector-wide reforms is an attempt by the Modi administration to lure foreign investors as deep mistrust builds over China’s role in misleading the world about the virus.

In doing so, as is the hallmark of Modi, India has turned a grave crisis into a beacon of opportunity – while focusing on the goal to build a self-reliant India.

A significant part of that crisis has also been devoted to mount what is easily the largest peace-time evacuation in history – whereby an estimated 1.8 million stranded or jobless Indians are expected to return to the country as part of the Vande Bharat Mission.

Apart from national carrier Air India, the whole gamut of Indian and foreign carriers and Navy warships have been enlisted for the mission. The crew of such missions remain in protective gear, while all passengers have to wear masks and follow social distancing norms and other health protocols. As an added precaution, passengers are also subject to extensive screening when they return and are being quarantined in state hospitals, temporary care homes and hotels.

Since the launch of the mission on May 7, more than 110,000 stranded Indians have returned to the country, while around 38,000 more people are expected to be repatriated under the third phase in 337 international flights from 31 countries. An estimated 1.8 million stranded Indians are expected to return to India as part of the Vande Bharat Mission.

India’s dexterous response to the crisis has once again underscored how humanity and development must remain the twin cornerstones of modern public policy, underpinned by effective crisis management.

Indeed, as highlighted by Prime Minister Modi in his intervention at the G20 Extraordinary Virtual Leaders’ Summit in March, the current pandemic demands a new approach to globalisation and multilateralism in the post-Covid-19 era. The international community needs to look at globalisation and multilateralism not just through the prism of economic and financial issues, but also through humanitarian aspects, to address future pandemics effectively. The most effective way in which that can happen is by strengthening and reforming international organisations such as the UN.

The credibility of the UN and other global multilateral institutions will be severely tested in the coming days as China once again indulges in its politics of instability at a time when the world needs exactly the opposite. The unprovoked military misadventures of China in Ladakh’s Galwan Valley is surely a grave provocation to which the world must respond in full force with appropriate measures – but it will still not help China divert global attention away from its intransigence and ineptitude in handling the early days of the Covid-19 pandemic. 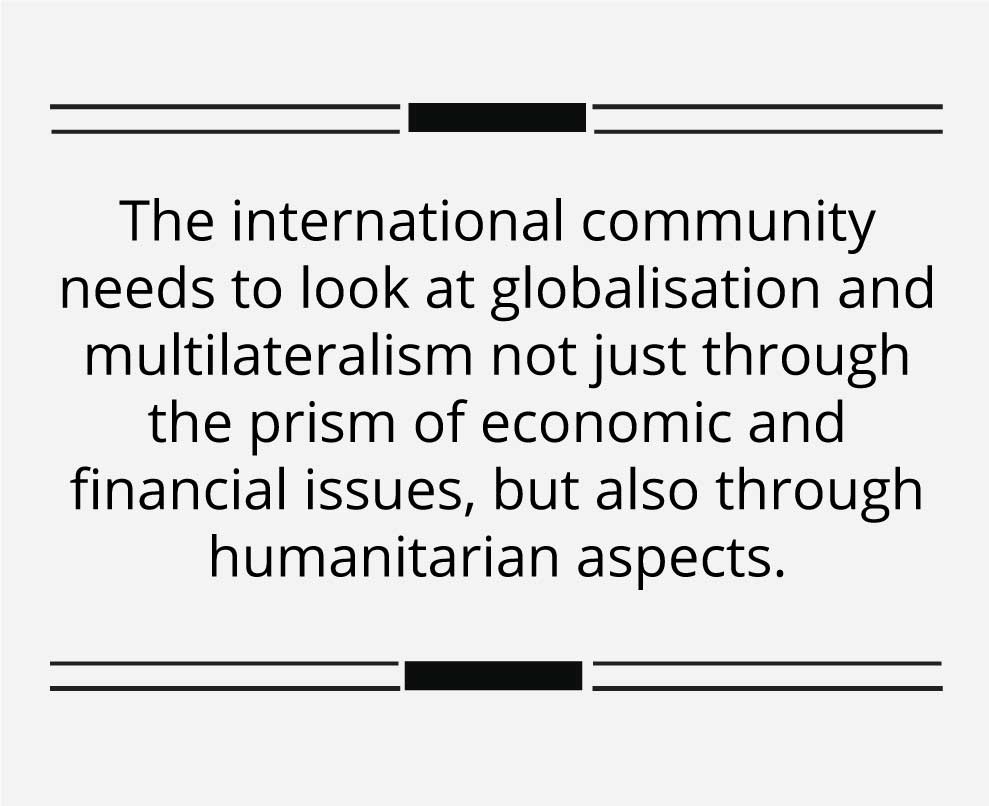 Instead, it will certainly bring back the focus on finding a more responsible and effective global order that prevents such rogue international behaviour in the first place and holds countries like China and its complicit cohorts in the neighbourhood fully accountable for their actions. It’s perhaps fitting that the violence in Ladakh comes a day before India joins the UN Security Council as a non-permanent member – and the escalation will further reinforce New Delhi’s strong case to the international community for converting that membership into a permanent one.

India is certainly in able hands for leadership in a crisis-ridden world – but the world can also benefit from that stellar crisis management experience by providing New Delhi with the formal responsibility to serve humanity as a full-time member of the UN Security Council.

**Tomorrow: Advantage India: How India’s trinity of JAM (Jan Dhan, Aadhaar, and mobile communications) can work wonders if it is used extensively to reform citizen-state engagement.