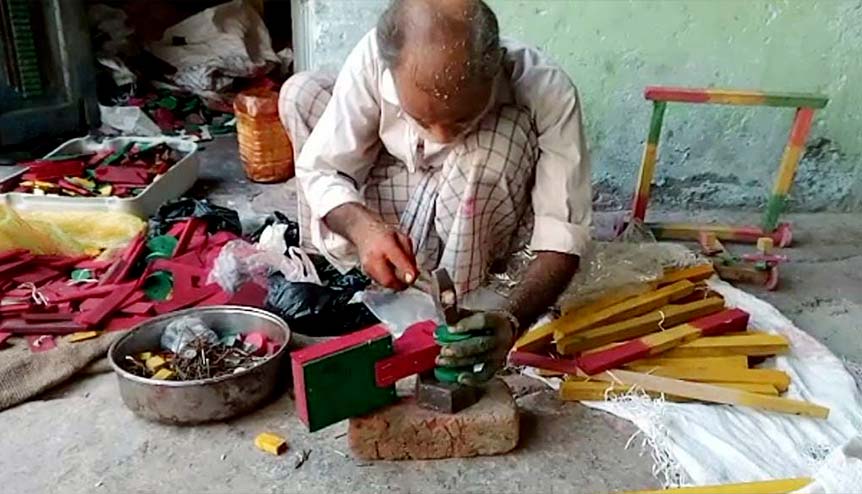 Diversification of manufacturing chains and rising demand for toys both domestically as well as abroad are heralding a renaissance for the Indian toy industry.

Atmanirbhar Bharat Abhiyaan or Self-reliant India campaign is the vision of new India envisaged by the Prime Minister Narendra Modi. In May 2020, PM raised a clarion call to the nation giving a kick start to the Atmanirbhar Bharat Abhiyaan. The campaign aims to encourage entrepreneurship in the country and help it become self-reliant in all possible aspects. From providing funds to Startups, to offering a platform for young entrepreneurs to showcase their talent, the Government is leaving no stones unturned. While encouraging the entrepreneurs to look at traditional and emerging sectors to excel the Prime Minister has urged them to explore the toy market. One of the largest growing but less exploited market, the Prime Minister has expressed his desire and encouraged the youth of the country to tap this market.

#AtmaNirbharBharat Sh Manish Verma is resident of Khojawa, Varanasi. He is getting his livelihood by manufacturing electric toys. He is thankful to @narendramodi his MP.@PIB_India @MIB_India @PMOIndia pic.twitter.com/HsCbUFtHiH 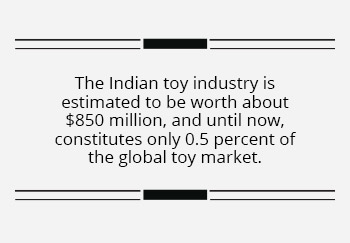 The toy market is no child’s play to handle. The Indian toy industry is estimated to be worth about $850 million, and until now, constitutes only 0.5 percent of the global toy market. Cluttered with 10 per cent constitutes of the organised sector and 90 per cent unorganised sector, it is dominated by approximately 1250 small and very small producers scattered across the country. But due to the rising demand for toys across India and abroad, the industry is all set to grow at a 25 percent CAGR.

India’s share is relatively very small in the global toy market. Now, it is a matter of concern for a nation that has so much diversity, young population, heritage, tradition, to have such a small share in the toy market. China is the market leader and major supplier of toys across the world.

An Indian heritage platter for kids to explore 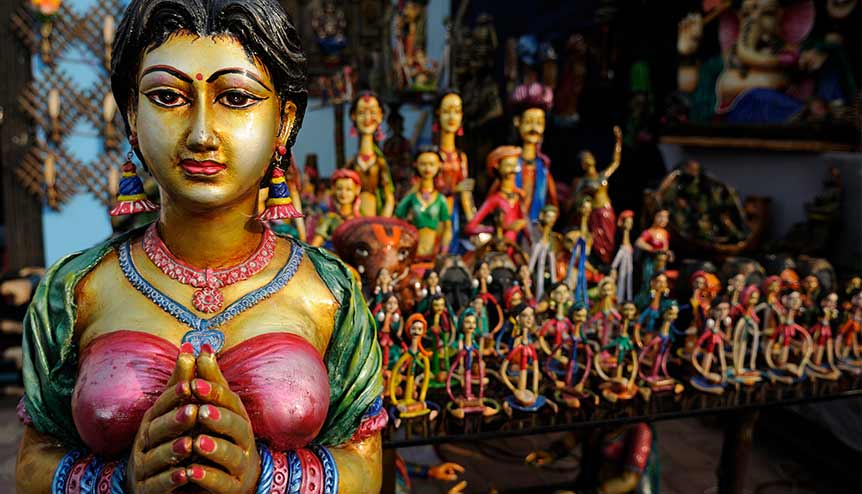 Due to rising demand for toys across India and abroad, the Indian toy industry is all set to grow at a 25 per cent CAGR.

When large scale players like Barbie sets, GI Joes, toy trains, and games like Jenga, Uno, Monopoly, and Battleship rule the market place, the Indian startups have decided to enter and compete with these brands with some unique ideas.

Giving kids a bite of the Indian history and cultural heritage are companies like Chennai-based Kreeda Games and Desi Toys, iFolk Channapatna, Bengaluru-based Varnam, and Mumbai-based Toiing. A deep dive into mythology and Indian history is helping several Startups to attract young and enthusiastic minds to buy their products. In an era where the Indian parents find it difficult to help children understand mythology and history, such toys become handy. Finding special places to sell such products like online portals and airports helps these companies to attract the appropriate client.

Koppala in #Karnataka will be home to India’s first toy manufacturing cluster — a 400-acre facility that will create new employment opportunities, and help in developing local entrepreneurship@SwarajyaMag https://t.co/jKyHo39flP

These companies have come up with unique ideas such as DIY GANESHA, story – on Krishna, Hanuman or Ravana, learn about the dasavatharams via snake and ladders, familiarise kids with mythological characters like Jambavan, Indrajit and Kumbakarna with games like Battle of Lanka, Vanavaas and Search for Sita. Organisations like Kreeda have gone a step ahead and organized workshops for children and parents to help them learn the nuances of a particular game along with the history and culture surrounding it. 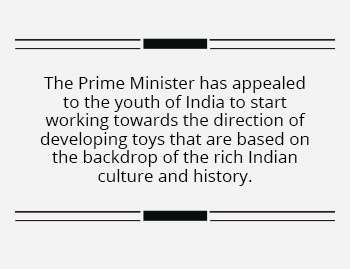 The Prime Minister has appealed to the youth of India to start working towards the direction of developing toys that are based on the backdrop of the rich Indian culture and history. This would help to capture a larger share of the global toy market. The heritage of India is popular the world over. Thus, the demand for such products would also be high. Over and above, the Indian toys made from wood would be preferred over the hazardous plastic toys which are mostly made by the Chinese toy manufacturers. Overall, there is great scope for the entrepreneurs to succeed in the toy market if planned and marketed well.