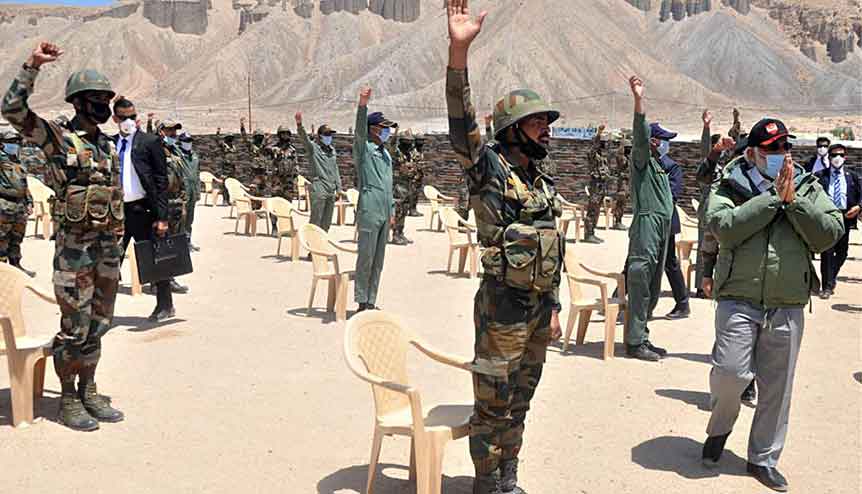 To compliment the bravery of its armed forces, India has embarked on a shopping spree for the best equipment the world has to offer.

On 2 July, India’s ministry of defence approved procurement of a host of arms and equipment valued at nearly $5.2 billion in what is the country’s biggest arms shopping spree.

The reason for this is obvious. India has been locked in an eyeball to eyeball confrontation with China on the Ladakh border for over three months. Matters escalated and reached a flashpoint when a skirmish in the Galwan province on the night of June 15 saw the death of 20 soldiers from the Indian side and nearly double that number on the Chinese side.

The very next day, Prime Minister, Narendra Modi, made a surprise and unscheduled visit to Ladakh to boost the morale of the forces. Loosening of the purse strings indicated the government treated matters of national security and the well being of the army as top priority. 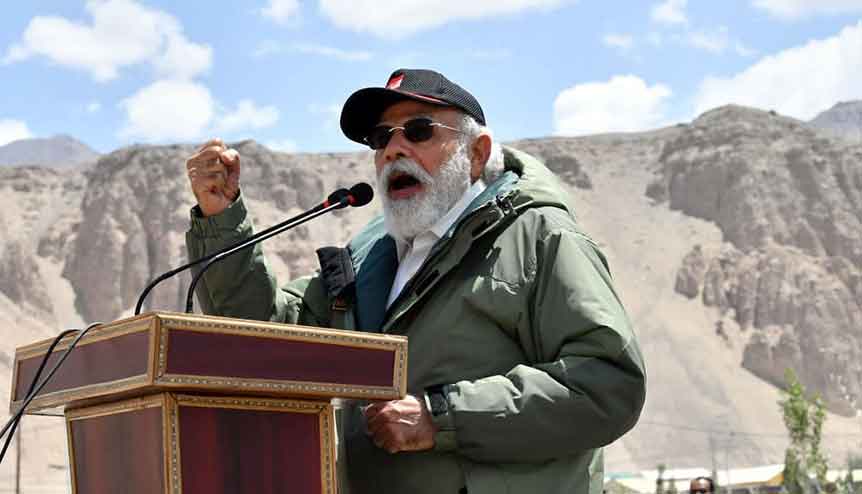 Prime Minister Narendra Modi addressed soldiers during his surprise visit to Ladakh, at Nimmoo in Leh on Friday, to boost the morale of the Indian army.

“Today India is becoming stronger, be it in naval might, air power, space power and the strength of our Army. Modernisation of weapons and upgradation of infrastructure have enhanced our defence capabilities multifold,” Modi said in Ladakh. “We have been paying a lot of attention to all the modern weapons for the armies or the equipment needed by you. Now the expenditure on border infrastructure in the country has been almost tripled. This has also led to the development of border area and construction of roads and bridges along the border at a rapid pace. One of the biggest benefits of this is that now the goods reach you in a short time.”

It was India’s development of infrastructure at the China border in Ladakh that irked the Chinese and prompted them to unilaterally try to change the status quo. India remains alive to the danger now as it is at all times. Already, it is among the top three spenders on defence equipment procurement in the world. It spent $71.1 billion in 2019 alone. It was also the second largest importer of arms and ammunition globally during the year.

The current round of shopping boasts an exhaustive list. India is buying 21 MiG-29 fighter jets from Russia and 12 Su-30 MKI aircrafts from state-run Hindustan Aeronautics Ltd (HAL). A separate proposal to upgrade existing 59 MiG-29 aircraft has also been approved.

Other additions to the armoury include 248 ASTRA beyond visual range (BVR) air-to-air missile systems, Pinaka missile systems as well as long range land attack missile systems having a firing range of 1000 KM. The ASTRA BVR can engage and destroy highly maneuvering supersonic aircrafts and has all weather day and night capability. 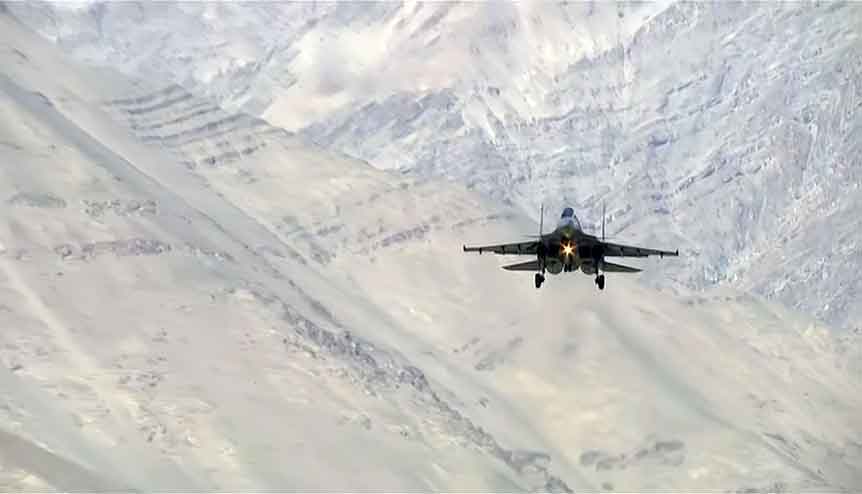 The procurement of the MiGs from Russia as well as the upgrades on the existing fleet itself would cost about $990 million while the purchase of the new Su-30 MKI aircrafts cost another $1.43 billion.

“Focused on indigenous design and development, these approvals include acquisitions from Indian Industry worth$4.15 billion. The equipment is to be manufactured in India involving the Indian defence industry with participation of several MSMEs as prime tier vendors,” states a release from India’s ministry of defence.

“The indigenous content in some of these projects is up to 80 per cent of the project cost. A large number of these projects have been made possible due to Transfer of Technology by DRDO (Defence Research and Development Organisation) to the indigenous industry. The cost of these design and development proposals is in the range of$2.72 billion,” the ministry said.

While this slew of fresh procurement itself is impressive, the government has also initiated back channel negotiations for expedited delivery of orders that are already placed. India has received very favourable response from all the supplying nations. Prime among them is the delivery of Rafael jets from France.

The first set of these fighter jets is expected to reach India by July 27. While in the initial plan, France was slated to send four of the jets, it has now upped its commitment to send a few additional jets by the end of the month. 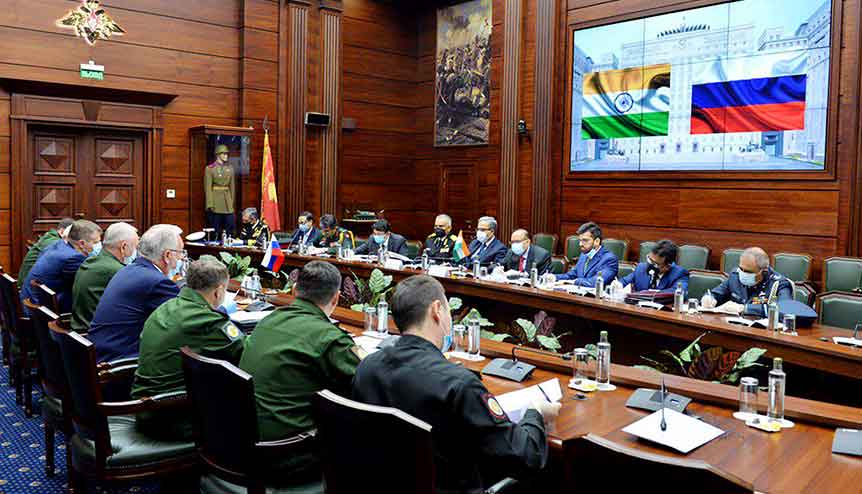 India has received favourable responses for the expedited delivery of orders already placed from all the supplying nations such as Rafael jets from France and ammunition from Russia.

Similarly, an in-service Israeli air defence system to be deployed in Ladakh is expected soon, while beyond the fighter jets, Russia will also urgently provide a list of ammunition worth over $1 billion in a matter of weeks. Defence minister Rajnath Singh’s visit to Russia to attend the victory day parade to commemorate the 75th anniversary of World War 2 served the dual purpose of handing over the list of ammunition.

In addition, the US has also pitched in with supplies of additional Excalibur artillery rounds that have a range of over 40 km and can be used in a host of artillery guns in the Indian inventory. It has also promised to deliver any other ammunition that India may need on an urgent basis.

This splurge on modernising the army is important given India’s current critical fiscal condition. The coffers of the government are not flushed with cash and with public administration stretched by a long-drawn battle with the coronavirus pandemic and its ill effect on the domestic economy, fiscal deficit is set to hit record highs in 2020-21.

It also puts to rest not only speculation over a possible cut in outlay for defence but also that any such cut does not matter in times like these. In this year’s annual budget, the corpus for armed forces was increased by just 5.8 percent, lower than the previous year’s 7.93 percent. Yet when the need arises, as it has today, the government is willing to break the bank for the sake of the army.

For China, this is the clearest indication that militarily or otherwise, India is no pushover and will not back down.