India as a rule-maker, not rule-taker

India as a rule-maker, not rule-taker 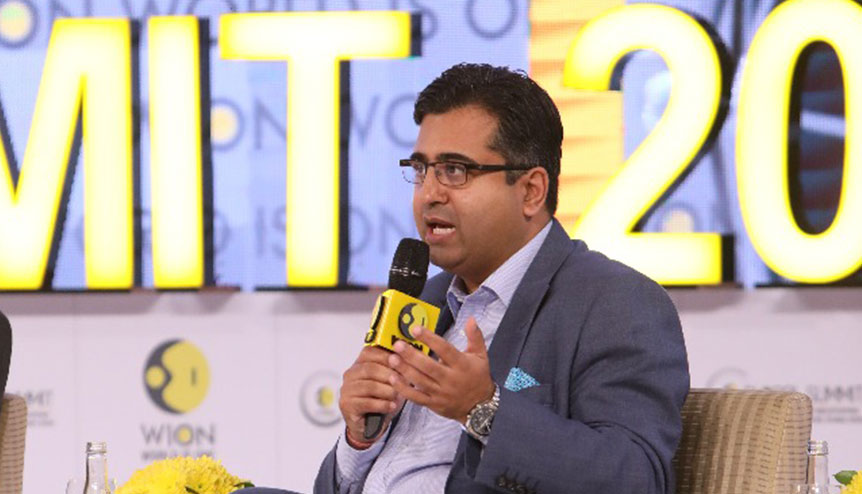 India Inc. Founder and CEO Manoj Ladwa explains why other countries can no longer limit India’s place in the world.

Some key points made at ‘India and the Emerging World: Nationalism, Multilateralism and Creative Diplomacy’ session:

“I don’t see a rise of a belief in one’s nation and a confidence in one’s nation’s ambitions as a rejection in any way, shape, or form of a multilateral agenda,” stated Manoj Ladwa, Founder & CEO, India Inc., speaking as an elite panellist at the third WION Global Summit held in Dubai last week.

Ladwa’s comments were made during the opening session of the summit titled ‘India and the Emerging World: Nationalism, Multilateralism and Creative Diplomacy.’

“We do need multilateralism,” espoused Ladwa. “We need cooperation on global issues such as climate change, terror and now Coronavirus. So, I think the best way for India to ensure that its nationalism and its national pride is in no way in conflict with the international community is to continue to articulate and, firstly, have self-confidence.

“India’s nationalism is not the nationalism of the European past. It is not the brand of nationalism that other countries have espoused. It is the nationalism which is deeply rooted in its culture which subscribes to the age-old view that the world is one family. It is also in India’s interests to pursue a multilateral agenda and to pursue reform of the institutions which have been failing us.”

Throwing light upon Britain’s separation from the European Union thanks to Brexit, Ladwa argued that, “Britain has recognised that there is a world outside of the European Union and the EU had failed to recognise that these national aspirations must be taken into account as it also evolves. Fundamentally, the EU is not a bad institution, but it has failed to reform. The UN has failed to reform, the World Bank and the IMF have been in a ping pong match between the US and Europe as far as its leadership is concerned. This is the time that India needs to stake its claim – not as a rule-taker, but as a rule-maker.”

Opening the discussion was Ram Madhav, commenting on nationalistic politics taking centre stage not just in India, but the entire world.

Reminding the audience of the cruel dictatorial regimes of Hitler and Mussolini during World War 2, Madhav stated that, “Nationalism today has started finding its own importance, its own relevance in global thinking. As far as India is concerned, we have always looked at nationalism from the larger, or more beneficial, or benevolent definition. It is for the good of every citizen in your own country, or nation. While as a nation, we will work for the larger good of the world.”

On India’s firm response to Pakistan, whether it be via surgical strikes, or Balakot, feeding into the nationalistic narrative and thus elevating India’s stature globally, Air Chief Marshal Naik stated that, “The most important factor is that within existing rules, there are certain countries who hijack these rules for their own benefit. This throws the whole scenario into chaos. As far as the question of national security is concerned, we are in a global village – therefore, wars are going to be short because the international community is going to step in and ensure that. If one wants to ensure limited gains, then these wars are also going to be more lethal where the first casualty after human life will be the economy.”

Highlighting India’s fine balance of protecting national interest while also upholding multilateralism at a time when politics tends to translate into protectionist policies, Ladwa reminded the audience that, “Each year, when the subscriptions of the United Nations are due, India is one of a handful of countries that pays on time and in full. Many countries fail to do that. India has expressed its intent that it respects global institutions and it wants to be a part of it. Asserting its national identity is in no way a statement that India undermines international institutions. But, on closer examination, it is the international institutions that must reform quickly.”

Ladwa also put into perspective the recent diplomatic stress points between Turkey-India and India-Malaysia vis-a-vis the Indian government’s direction on the Kashmir issue.

“The Kashmir issue is a non-issue,” he stated firmly. “What the world actually wants is for India’s economy to grow and India to take its rightful place in the world thereby becoming a part of the role-making process. Indians will account for one-fourth of the global workforce within 15-20 years. Other countries can no longer limit India’s place in the world and that’s where India has to ensure that the dialogue continues.”

The moment, according to Ladwa, has come where, “We must ensure level playing fields between nations – the haves and the have-nots must have an equal stake in the game. That value-based world order is the central point through which we will be able to counter not only China but other ideologies and nations that have a divergent view to something that we hold very closely.”

Diplomats, journalists and activists engaged in vigorous discussion across key topics during the day-long summit. Among them were deliberations on subjects such as ‘At the Frontline of Climate Change: Climate Wake-up Call and Signals of Hope’ and ‘Balancing and Recalibrating Pakistan’s Diplomatic Strategy: Economy, Security and Internal Political Stability’.