Skip to content
India and the UK: Partnering for Infrastructure Development

India and the UK: Partnering for Infrastructure Development 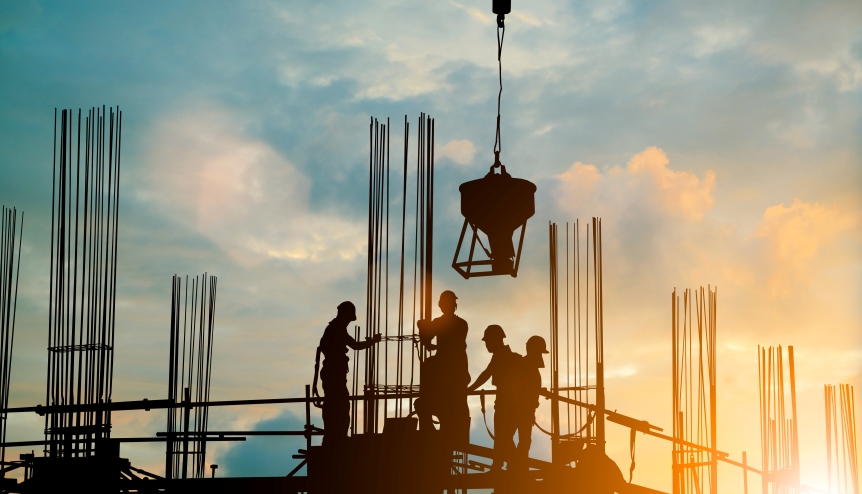 There are several opportunities for collaboration with the UK as India looks to meet its ambitious infrastructure development goals.

India is one of the fastest growing major economies and is perhaps the largest market for commercially viable infrastructure projects outside the large OECD markets. The Indian Ministry of Finance estimates the country’s infrastructure investments needs at $200 billion annually for the next twenty years. At the current pace of investment, however, there is an annual deficit of about $90 billion. To achieve the scale of investment mentioned above, India must look beyond the scope of conventional public financing of infrastructure and seek to increase private participation, public-private partnerships and innovative asset monetisation structures to unlock value and optimise operating efficiency of infrastructure assets.

As India finds itself at a point where there is considerable convergence in the country regarding the need for rapid infrastructure development through both public and non-public financing approaches, the UK stands at a crossroads where it must build stronger trading and investment partnerships beyond its traditional partners in the EU. London is well-positioned as the pre-eminent international financial centre to lead the UK during this period. London attracts top quality expertise in finance and is an important centre for fund-raising not just for Europe but also for Asian countries, including India. In addition, the UK also developed a specific expertise in infrastructure privatisation and PPPs, as it has attracted over £50 billion across 700 infrastructure PPP projects. The combination of the UK’s experience in innovative infrastructure finance and London’s position as a preferred financial centre puts the UK in a position of strength to partner with India to help it fulfil its large infrastructure development ambition.

Recently, Government of UK through DFID, along with India’s National Investment and Infrastructure Fund (NIIF), incubated and anchored India’s first, India focused Climate Fund, with a commitment of £120 million each. This is the largest fund between the two countries and can further the joint ambition to accelerate investments in clean energy and green infrastructure sectors. Lightsource BP, the co-manager of the fund, is a London-based developer of renewable energy projects. Lightsource BP operates 2GW of renewables capacity and has developed over 290 utility-scale solar projects. Lightsource BP considers India’s ambitious plans of developing 175GW of renewables capacity by 2022 as an important part of its growth plans. It also sees India as a crucial market for scaling in new sectors, such as Electric Vehicles. NIIF, in turn, benefits from having access to Lightsource BP’s expertise in global technology in a rapidly evolving sector, global sourcing and innovative financing structures.

India also presents a large market for international Oil & Gas companies. BP is building an important upstream business in India, helping supply the country’s growing gas market through BP’s world-class deep-water exploration and development capabilities along with global sourcing and marketing of natural gas in India. BP has also been active in the downstream products value chain, with Castrol products available in India since 1909. With over 100 years of presence in the country, the company is today the second largest lubricant player and the largest in the retail automotive lubricant market in India.

The large financing needs of the Indian market are well suited to sustain the role of London as a critical financial nerve-centre and source of capital-raising activities at scale for the global economy. Infrastructure financing requires long-term local currency financing and the Indian infrastructure sector is excited that Indian Rupee denominated overseas listed bonds (Masala Bonds) have gained significant momentum over the last few years. The London Stock Exchange (LSE) is the preferred destination for such overseas listings. Presently, 49 Masala bonds are listed on the LSE, with a capitalisation of $7.5 billion equivalent in total. The recent $305 million equivalent Masala bond issuance by Kerala Infrastructure Investment Fund Board (KIIFB) was the first such listing by a sub-sovereign entity from India. Other significant issues include HDFC’s 2016 bond listing, which was the first by an Indian corporate on the LSE. This was followed by NTPC, which is a leading Indian public sector institution in the power sector. In 2017, IREDA’s bond listing was the first green-certified Climate Bond. 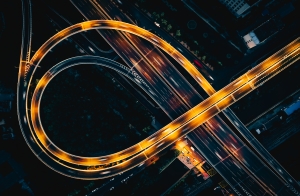 The strong expertise across private participation initiatives, infrastructure-focused companies and financing landscape that resides in London can play an important role in helping India meet its goals of augmenting the domestic infrastructure development ecosystem. As per the UK-India Business Council, since 2000, the UK has been the largest G20 investor in India, investing £17.5 billion. Over the last two decades, about 8 per cent of all Foreign Direct Investment (FDI) into India was from the UK. Of the 600 UK businesses present in India, almost 60 per cent operate in two sectors: advanced engineering/manufacturing and financial/professional services. These include the firms such as Mott Macdonald, which have been a significant contributor of engineering and design services to Indian infrastructure companies. Shared principles of legal systems and a common language of transacting business further reduce barriers to “ease of doing business” between the two economies.

The UK is the largest contributor to the $5.4 billion Clean Technology Fund of the World Bank, and India is the biggest recipient of CTF funding. With investments totalling around $775 million in India, around $224 million is from the UK. A key focus of CTF investments in India has been supporting the National Solar Mission, including financing for the first wave of solar parks in India.

The large market opportunity in India can also enable the UK to leverage its experience on regulatory frameworks and technology. For instance, the unique approach of the United Kingdom to supporting private investment has led to the UK government delivering the most successful offshore wind programme in the world, where costs have halved in recent years. The recently completed Walney extension off the coast of Cumbria is the largest operational offshore wind farm ever built, with over a Gigawatt of cumulative capacity. Such new-age renewables projects could provide a reference to further accelerate development and diversification of the renewable power generation program in India.

India has a large and growing stock of revenue-generating public infrastructure assets. Government agencies are looking at asset recycling to boost resources for new development. Large international institutional investors are keen to invest in Indian infrastructure, and these assets are well-aligned to their interests. The asset monetisation program in India can provide lower risk and larger scale investment opportunities for UK institutional investors. The government is making efforts to identify additional sectors that would be ripe for monetisation. These are likely to include power transmission lines, gas and oil products pipelines, telecom towers, port terminals and public warehousing facilities.

The UK blueprint of models for other sectors such as utilities, smart metering, electric vehicle, social infrastructure and water industry provide additional opportunities for joint collaboration with India, to develop next-generation infrastructure platforms that can be adapted on a utility-scale basis.

In conclusion, there are a number of examples of successful partnerships in the infrastructure and associated sectors where the relative strengths of the UK and India have led to value creation for both countries. The future will bring even larger opportunities for collaboration in these sectors. As India accelerates its infrastructure development, the UK, and specifically the city of London, can play a major role in India’s journey while at the same time creating substantial value for its residents and markets by providing access to global expertise and international financial markets.

Sujoy Bose is the MD and CEO of National Investment and Infrastructure Fund Limited (NIIF).

About the Author: Sujoy Bose