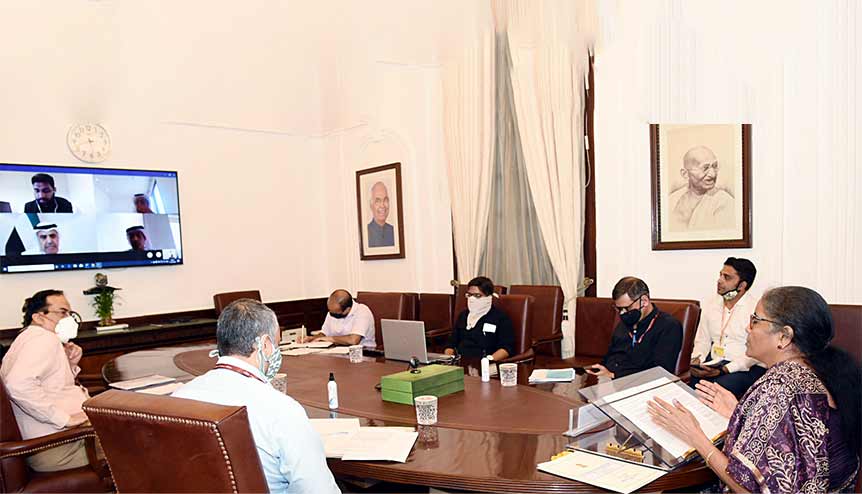 The National Infrastructure Pipeline (NIP) and fintech are areas in which the two countries could collaborate on a wider scale with the UAE mulling possible investments in India.

Indian Finance Minister Nirmala Sitharaman’s meeting with Obaid Al Tayer, UAE’s Minister of State for Financial Affairs is set to raise the bar higher in terms of economic cooperation between India and the UAE. 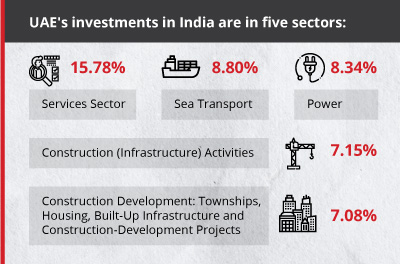 About 7,000 projects have been identified under the National Infrastructure Pipeline (NIP) with a projected investment of Rs 111 lakh crore during 2020-25. Summing up the discussions with the UAE in a series of tweets the Finance Ministry stated, “Both leaders expressed respect for the long-standing relationship between India & UAE, and the need to take it further in mutually beneficial ways.”

Diversifying to thrive: Unlocking the full potential of FinTech

On a fintech mission to help small and medium enterprises

What makes UAE a hub for Indian start-ups? 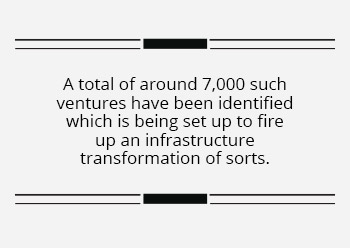 The Indian government under the stewardship of prime minister Narendra Modi is preparing for a strong push on the creation of a pipeline of national infrastructure projects to boost the economy. This is now Modi’s stated goal made public during his 74th Independence Day address to the country. A total of around 7,000 such ventures have been identified which is being set up to fire up an infrastructure transformation of sorts. Operating in silos within the infrastructure space would come to a halt if this plan is pushed successfully and the time for convergence in multi modal connectivity would be determined.

The UAE having been India’s partner across diverse platforms through the decades in poised to enter into this space in an era where economic cooperation and collaboration would be enhanced between the two countries. 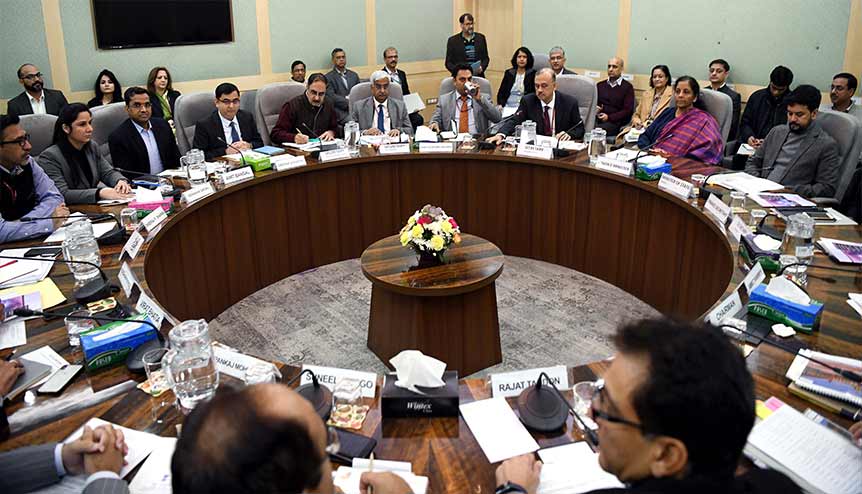 Fintech is the buzzword

The UAE would do well to collaborate with India in fintech given that the current global economic climate calls for unique out-of-the-box thinking and action. India is well poised to be a productive partner with UAE and other countries in the wider GCC region.

The fintech eco-system in India is set to grow at an impressive rate and endorses the fact that India is amongst the fastest growing FinTech markets in the world. India ranked the highest globally in the FinTech adoption rate with China. Digital payments value of $65 bn in 2019 is expected to grow at a CAGR of 20 per cent till 2023. 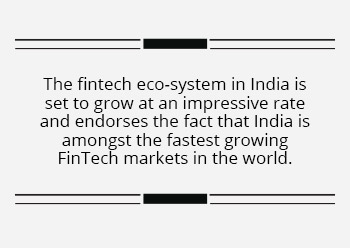 In fintech India is holding out the opportunity to integrate and cooperate on financial transactions between the two countries via the use of UPI and the RuPay card. Aligning common interests in various international forums like the G-20 and International Telecommunication Union (ITU) for achieving common goals were also discussed between the two ministers.

The fintech eco-system in India is roughly categorized into four segments – wealth tech, payments, lending and insure tech – as detailed by Invest India. 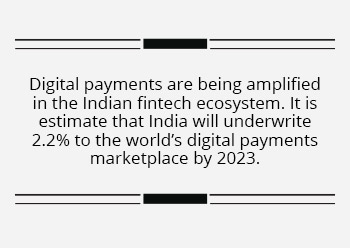 The wealth tech industry is witnessing the emergence of startups with inventive technologies and business models. The increase in personal wealth, the acceptance of mobile and digital channels, reduced asymmetry of information between small and large financial institutions and investors are some of the dynamics that are pushing this industry ahead.

Digital payments are being amplified in the Indian fintech ecosystem. It is estimate that India will underwrite 2.2 per cent to the world’s digital payments marketplace by 2023 and the overall value of such transactions will touch at least $12.4 trillion worldwide by 2025. The future of fintech startups in India is hot with at least 375 of them poised to make an impact. 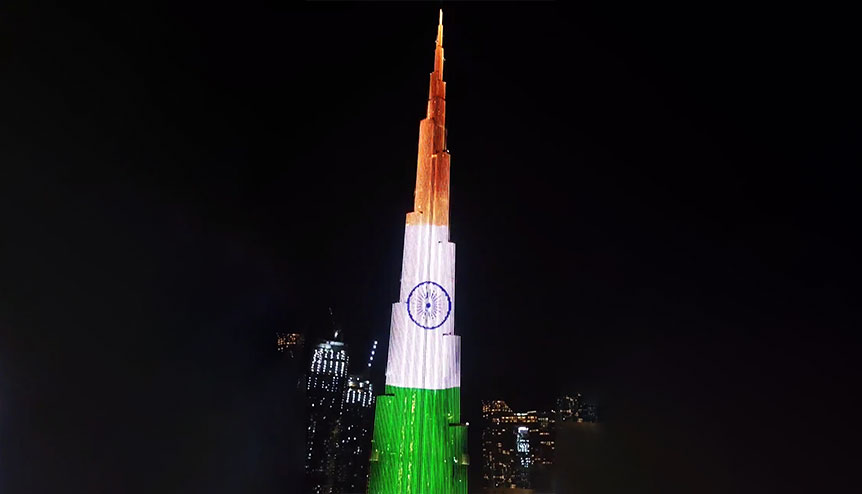 An illuminated view of Burj Khalifa in the colours of the Indian National Flag on the occasion of India’s 74th Independence Day in Dubai. India and UAE’s ties date back to centuries and are evolving across multiple platforms periodically.

Age old ties between India and the UAE

Ties between India and the UAE have existed for centuries beginning with simple interactions in the areas of growing and harvesting dates, pearl diving and fishing once upon a time. The discovery of oil in 1962 raised the bar and this merged into the emergence of the United Arab Emirates in 1971. Dubai’s positioning as a global and regional trading hub also coincided with the process of economic liberalization in India. 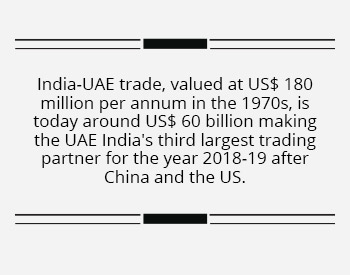 The UAE and India’s bilateral and commercial ties began to diversify and strengthen through the decades. This is amplified by the fact that India-UAE trade, valued at US$ 180 million per annum in the 1970s, is today around US$ 60 billion making the UAE India’s third largest trading partner for the year 2018-19 after China and the US. For the UAE, India is the second largest trading partner for the year 2018 with an amount of around US$ 36 billion (non-oil trade).

Both countries have actively invested into each other’s economies and this has been largely aided by logistical and geographical proximity – a total of 1,068 flights from the UAE to India being a case in point – as well as age old cultural links. An approximate Indian population of 3.3 million Indian expatriates in the UAE had remitted close to $18 billion in 2018 and this number is rising higher. Outward personal remittances from the UAE during Q1 2020 rose 7.8 per cent year-on-year from Dhs38.4bn to Dhs41.4bn, according to the Central Bank of the UAE. India was perched right on top for outward personal remittances during January-March 2020 at 37.8 per cent. 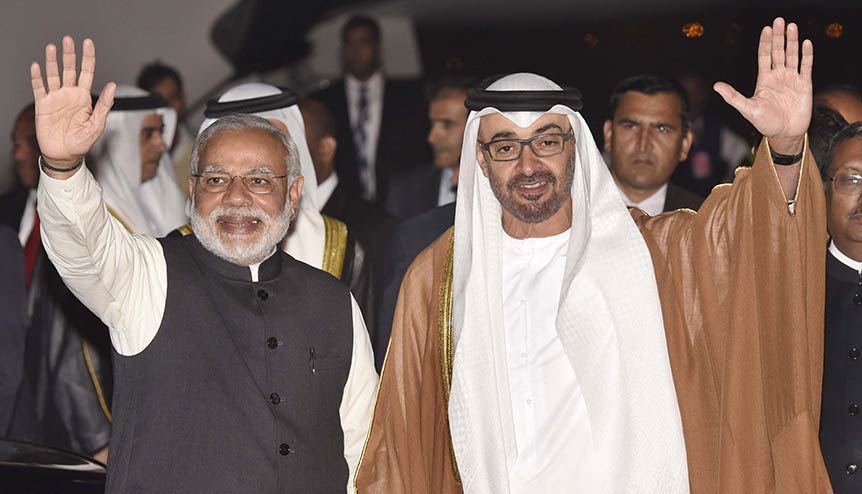 High profile bilateral visits by the leaders of India and the UAE mark out the age old bonds between the two countries culminating in a comprehensive strategic partnership.

The bonds between India and the UAE have been traditionally strong but they were enhanced with high-level bilateral visits by the leaders of both countries boosted by Narendra Modi’s visit on August 16-16 2015 which led to the strengthening of a new Comprehensive and Strategic partnership between the two nations. Since then both countries have had reciprocal visits at high government levels with ties being upgraded and energized.

The recent announcement that the UAE and Israel have resumed full diplomatic relations will only come as an opportunity for India to cash in on across diverse platforms. In such a scenario, with the Modi government seeking unique ways to enhance economic and commercial ties with like minded nations, the future seeks to be bright for all partners involved.