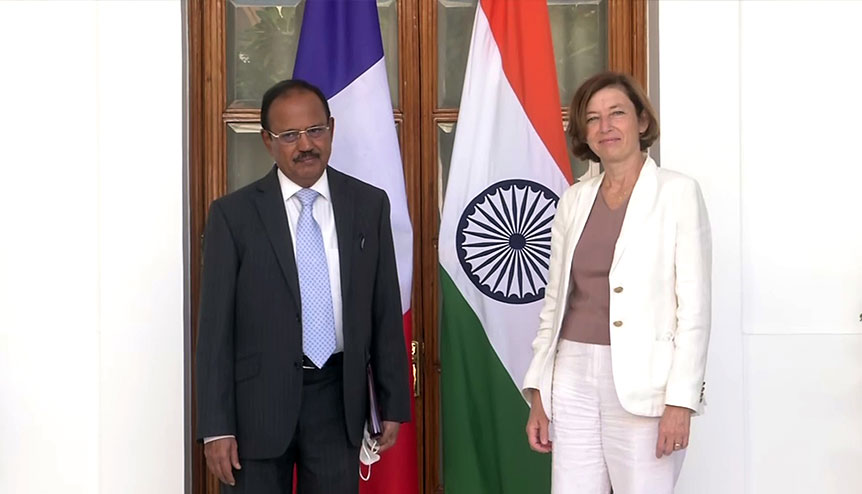 From joint mission with EU navies in the Gulf to technology transfer on Rafales, the latest talks were all about tangible results.

While the continuation of strategic dialogue in the aftermath of the coronavirus pandemic was itself something to cheer about, the summit was made even more remarkable by the series of events and projects that unfolded soon after.

To begin with, the Indian delegation was headed by National Security Advisor Ajit Doval while Emmanuel Bonne, diplomatic advisor to President Emmanuel Macron, led the French side. “The two sides held discussions on a variety of issues including counter-terrorism, cybersecurity, defence cooperation, maritime security, regional and global issues and cooperation in the Indo-Pacific region. Both sides reaffirmed the high priority they accord to the India-France strategic partnership and highlighted the convergence of views between the two countries,” the Indian Ministry of External Affairs said in a statement.

Held against the backdrop of a global geopolitical flux and on the eve of a new President being inaugurated at the White House, a major part of Bonne’s conversation with Doval was about defence and security relationships – with a tangible impact in at least two spheres. 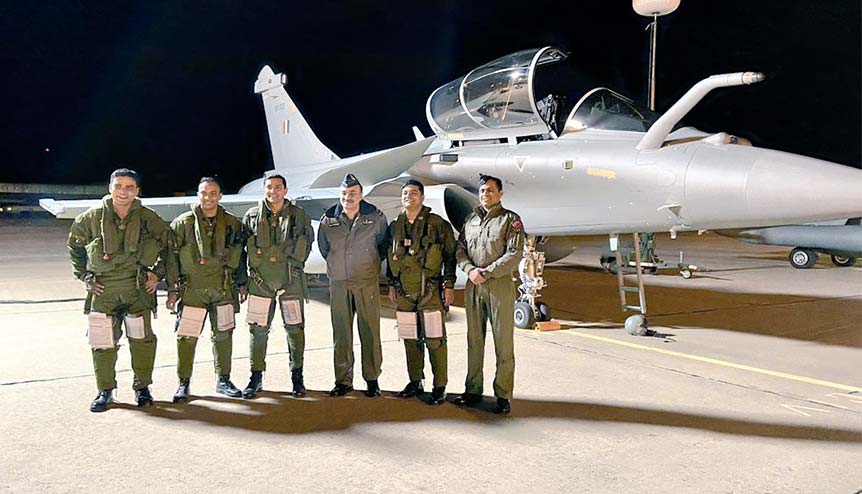 France invited India to join forces with the European Union’s naval monitoring mission in the Arabian Gulf following the talks.

“The EU has operations and China is also developing influence in the region. India is invited to join us in this monitoring mission by bringing capacities. This will be an occasion to demonstrate convergence and the capacity to operate together,” Bonne said after his talks with Doval.

That need for convergence is so high that the two officials discussed whether some key elements of the naval exercises by Quad – that groups India with the US, Japan and Australia – could be coordinated with the French navy. The intention is that “we want China to accept certain rules, be less aggressive… If China does not play the game by our rules, it allows us to say it and draw certain consequences. We should not counter China but compel China to walk in same framework as us,” said Bonne.

While this is the first time such a proposal has been made, the coordination with the Quad is an extension of Macron’s consistent championing of the Indo-Pacific. The French President has even argued for an Australia-France-India “axis” for the region in the past. For India and Prime Minister Modi, France remains an invaluable strategic partner – both for the tangible security and defence cooperation gains, and also because deep relations with Paris does not require significant expenditure of domestic political capital.

On the same lines, France became the 23rd member of the Indian Ocean Rim Association last year, the first time that a country whose mainland is not on the Indian Ocean has been brought into the fold of the IORA.

France to share defence know-how for Make in India

The second tangible impact of the dialogue is that India and France have decided to intensify their defence cooperation, with Paris offering to move 100 per cent of its assembly line for Panther medium utility helicopters as well as 70 per cent of the assembly line for Rafale fighters under “Make in India” rubric with full transfer of technology. According to unnamed officials cited by the Hindustan Times, there is a real possibility that India – which has a contract for 36 omni-role fighter jets – could buy more Rafales in light of the French offer to bring 70 per cent of the assembly line including local vendor development. This would reduce the cost of subsequent acquisition of the fighter jets.

As India and France take aim at the post-pandemic world to jumpstart a more robust engagement and a more significant role in the Indo-Pacific, the latest dialogue stands out as yet another instance of the two countries’ proud adherence to the notion of strategic autonomy.