The 21st century has opened a new chapter of intensive political and business interaction between India and Central Europe, but the level of commerce and investment is still at a slow path. The need of the hour is a new formula of cooperation with involvement of Prime Ministers accompanied with well-structured and market-tailored support of small and medium companies at the national and local level.

Being focused on most prominent partners, India’s responded to the rise of Central Europe in 21st century in a limited way in comparison to its relations with Western Europe. The exchange of the visits of presidents (or in case of India some time Vice-presidents) was organised, followed by business missions arranged by FICCI and CII. 90 per cent of companies registered in India and Central Europe have been placed within the category of small and medium. Focused on domestic or neighbourhood markets, they could not afford to resume good business contacts with India without well-structured and market-tailored support of respective governments.

A need for greater engagement

External Affairs Minister S.Jaishankar meets Miroslav Lajcak, Foreign Minister of Slovakia, in New York in 2019. Combined endeavours of the mentioned partners in V4++ format could bring back the much-awaited synergy of interests and goals of India and Central European countries.

These companies, usually run by the owners who also inventors, have plenty of smart technologies to offer, that can be transferred within joint ventures scheme. The biggest Indian companies went much further than state-owned companies in their efforts, having recognised the importance of V4 economies and invested more than 5 billion USD in all V4 countries since 2004. V4 members reciprocated having invested 3 billion USD in automotive, cosmetics, furniture, waste management, renewable sources of energy, dressing materials, food processing and mining industries. They intensified their endeavours towards India as the biggest democracy in the world and rising economic power. Having followed the initiatives of Narendra Modi’s government, they supported them through political visits and investments. They attended business conferences and exhibitions, organised at the central and local/state level. They restarted direct flights to India. The trade between India and V4 member countries grew two- up to tenfold in the first two decades of the 21st century (Charts 1-4), but that trend has not been permanent. The real breakthrough has not come yet with both India and V4 waiting for more.

A lesson in history

Many people looked back at the state of the relations between India and Central Europe in the 1960s and 1970s, searching for the answer why both political and business relations at that time were so excellent, as well as for the inspiration for the future moves.

Before India regained its independence, the political and spiritual leaders became well acquainted with Czechoslovakia, Hungary, and Poland. Jawaharlal Nehru, Netaji Subhas Chandra Bose, Rabindranath Tagore, and many others, visited those countries in the 1920-30s and realised their intellectual and economic capacity with industrial and innovation centres for mechanical engineering. Central European elites started their studies on Indian culture and civilisation in the 19th century and have been developed in the first half of the 20th century. Those contacts and mutual knowledge about potential resulted in the development of relations in the 1960-70s when India’s ambitious programs met the supply from Central Europe. The domestic economic policy priorities of India were also determinants of its ties with Central Europe.Czechoslovakia participated in the construction of more than sixty industrial enterprises. 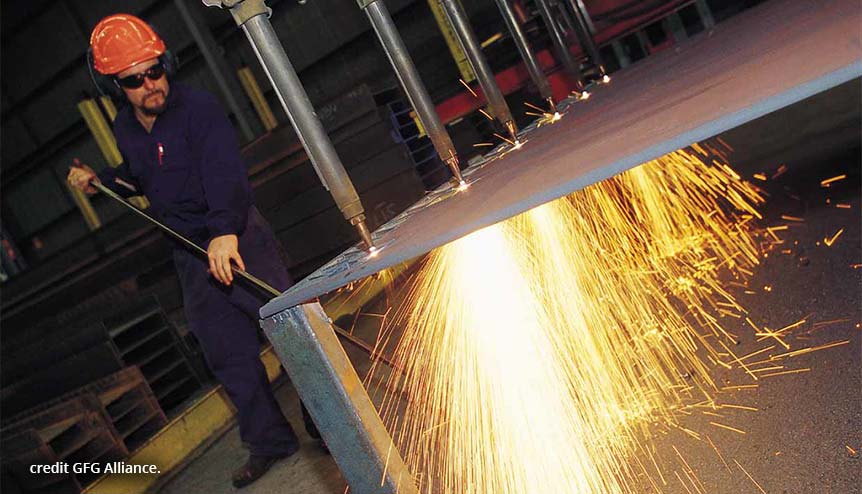 Historically, Poland provided India with assistance in the creation of cornerstones of the steel industry, optical glass polishing, the fireproof materials industry, electrometers industry amongst others.

Divergence and recalibration of goals

The end of the Cold War brought crucial changes to the foreign policies of both partners. Having become one of the emerging economies of Asian countries harnessing the positive effects of globalisation, India recalibrated not only its economy but also its diplomacy with new regional Asia Pacific goals and superpower ambitions. To meet those expectations, India focused on the most prominent players in Europe (UK, Germany, France), making them the strategic partners.

Czechia, Hungary, Poland, and Slovakia established the Visegrad Group as a first step to join the European Union. That political, economic, and cultural community was created in 1991 with a firm reference to traditional ties since the middle ages. The cohesiveness, the intellectual and the economic significance of the region have developed through the centuries reaching the highest point after V4 became a part of the European Union in 2004. Fourteen years after the peaceful end of the 44 years long communist rule, the region, centrally located, industrially developed (12th economy in the world) and economically tied with the biggest EU economy – Germany (25 per cent of V4 economy), regained its position of one of the strongest pillars of the European economy. V4 became the European biggest producer of home appliances, cars and car spare parts including electric busses, mining equipment, modern ships and yachts, small aircrafts, pharmaceuticals, consumer electronics, processed and unprocessed food.

The positive impact also came from one of the oldest in the world network of polytechnic institutes. With diverse profiles of the curriculum providing highly skilled labour force of white-collar workers, they extended the support to R&D centres and the vocational training centres for blue-collar workers. In both cases, Central European tradition rooted in many generations skilled work back in the 19th century played an essential role. Recognising that tradition, Korean, Japanese and US companies moved their R&D European depots to V4 engineering centres.

A new era of potential collaboration

In an environment of growing pressure and assertiveness from China in Europe and Asia, as well as the disappointment of V4 countries with Chinese BRI and 1+17 projects, there is an excellent opportunity for India to regain its leadership in relations with Central Europe and utilise untapped opportunities for mutual benefit.

Despite those numerous visits of Prime Ministers from V4 members to India, the Prime Minister of India has not paid a visit to the region yet. The V4+India Prime Ministers summit with a well-prepared detailed presentation of concrete business opportunities on both sides could reopen channels of excellent business cooperation. The sectoral approach might be helpful to pick up the most promising fields. Indian IT sector already present in Hungary and Poland, could move from basic activities (call centres and consultancy services) to R&D, following Japanese and Korean example. Know-how centres in mining combined with joint ventures in manufacturing and studying could be established in India with the support of Poland and Czechia.

Intensifying bilateral ties with Poland. Thank you @marcin_przydacz, Under Secretary of State for Asia, for the fruitful and constructive Foreign Office Consultations today. Poland is a vital and dynamic partner with whom our relationship is strengthening across the board. pic.twitter.com/eOC7aBak3g

The biggest in Europe modern shipbuilding design centres in Poland and mechanical engineering hubs in Hungary and Czechia, would be a good starting point for an extended cooperation in shipyards’ cooperation within Sagarmala program. Jaguar factory in Slovakia already serves as the Indian automotive industry bridgehead into Europe. Czechia’s brands Skoda and Tatra(trucks), and Poland’s Solaris (buses) are well known in India thanks to its investments. Keeping in mind that V4 produces 20 per cent of cars in Europe, the closer cooperation with that sector might be a real breakthrough. The civil aviation is another prospective sector with Hungarian; Polish and Czech small aircrafts producers (2-20 seaters). Another strong contribution to India-Central Europe cooperation could come from renewable sources of energy – small companies with unique technologies are ready to share their technologies and establish joint ventures. The project of cold chain in several Indian states with the support of V4 companies would be a major step towards modernisation of food-processing industry in India.

V4 countries have significant experience in a formula of strategic cooperation with Korea and Japan. Combined endeavours of the mentioned partners in V4++ format could bring back the much-awaited synergy of interests and goals of India and Czechia, Hungary, Poland, and Slovakia. It could also help to promote the urgency of EU-India Free Trade Agreement in the post-Covid reality among four significant EU members.

Tomasz Lukaszuk is a Polish diplomat who served as Ambassador in Indonesia, Singapore, East Timor (2004-2008) and also in India, Afghanistan, Bangladesh, Sri Lanka, Nepal and Maldives (2014-2017). He served as the deputy director and director of Asia and the Pacific Department at Polish Ministry of Foreign Affairs.

About the Author: Tomasz Lukaszuk