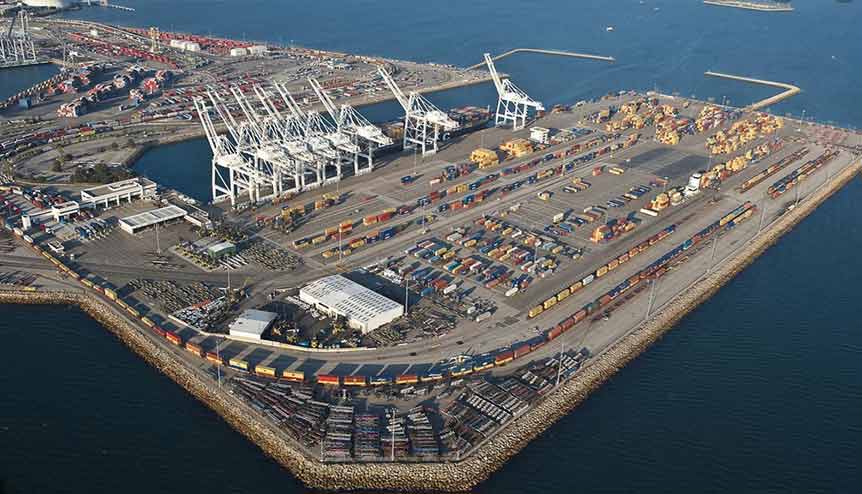 As New Delhi aims to strengthen ties with Tehran and Kabul in light of rapidly changing global geopolitics, special attention will be paid to natural resource supply chains and emerging commercial opportunities in the region.

Asia is in flux. While the US is gingerly stepping back from Afghanistan against the backdrop of rising Chinese influence in Central and West Asia, India’s role in the region is set to become more defined in line with a long-term strategy. This strategy will take form taking into consideration a range of geopolitical, strategic, and resource security factors as India pushes to become “aatmanirbhar,” or self-reliant. In this context, a fresh thrust to complete pending and begin new infrastructure projects in Iran and Afghanistan will play a pivotal role in the years ahead. 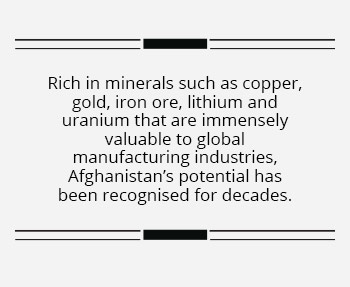 Rich in minerals such as copper, gold, iron ore, lithium and uranium that are immensely valuable to global manufacturing industries, Afghanistan’s potential has been recognised for decades. However, years of war, strife and international intervention has meant that infrastructure critical for developing natural resource deposits has been deemed unviable by upstream players. Beyond security risks, rampant corruption, high royalties, poor legislative transparency and political uncertainty have all played significant roles in dampening investor sentiment. However, as supply chains shift out of China and India searches for new avenues for securing raw materials important in electronics, defence and electric vehicle manufacturing, Afghanistan is likely to play a crucial role in the long term.

New Delhi’s $3 billion contribution to capacity building in the areas of energy, infrastructure, military training and education over the last two decades has come with few strings attached, and this ground reality is valued by Kabul as intra-Afghan peace talks are held in the shadow of Beijing’s debt diplomacy. Considering India’s land border with Afghanistan has been blocked by Pakistan’s occupation of Gilgit Baltistan, the Chabahar-Zahedan rail line that connects Iran’s south-eastern port of Chabahar with the Afghan border will become a critical part of future supply chains. Faced with an emerging regional political landscape while China commits an average of $16 billion a year in investments to Iran over the next 25 years, India is also navigating the fallout of restrictive US sanctions on Iran that curtailed oiled exports. Recent visits to Tehran by External Affairs Minister Dr. S. Jaishankar and Defence Minister Rajnath Singh stressed on recommencing work on the Chabahar Port and the stalled rail line, projects that operate parallel to the China-Pakistan Economic Corridor (CPEC) which runs from Xinjiang/East Turkestan through Pakistan Occupied Jammu & Kashmir, down to the port of Gwadar in Pakistan-controlled Balochistan.

It is estimated that Afghanistan sits on anywhere between $1-3 trillion of metals, minerals, fossil fuels, precious gems and rare earth elements (REEs). Most important are the REEs with uses ranging from precision-guided weapons to mobile phones and from superconductors to hybrid engines. The dark side of the electronics and green energy revolution is underground, where resource hungry industries scout for critical metals. The Chinese produced 132,000 tonnes, or 62 per cent of global REEs domestically, and up to 97 per cent through their captive assets, while also processing 85 per cent of global output. Their stranglehold over the upstream has lent the CCP to weaponise trade, progressively restricting exports to Japan, Europe and to an extent, the US since 2010. A decade later with ostensible conflicts afoot with the US, Taiwan and India, the fragility of supply chains has become all the more apparent. 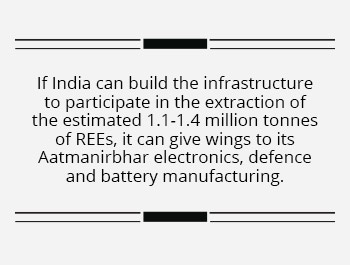 If India can build the infrastructure to participate in the extraction of the estimated 1.1-1.4 million tonnes of REEs, it can give wings to its Aatmanirbhar electronics, defence and battery manufacturing plans such that it can slowly replace China as a reliable global supplier. The government’s mobile phone and giga-factory battery incentive scheme along with its military modernization and indigenisation programmes can take meaningful shape if coordinated measures are taken for securing mining permits. Lithium deposits are already being considered for extraction from the ocean floors, but with regulatory and environmental risks abound, exploring for deposits in Afghanistan’s Ghazni province which hosts the world’s largest reserves, would make strategic sense. 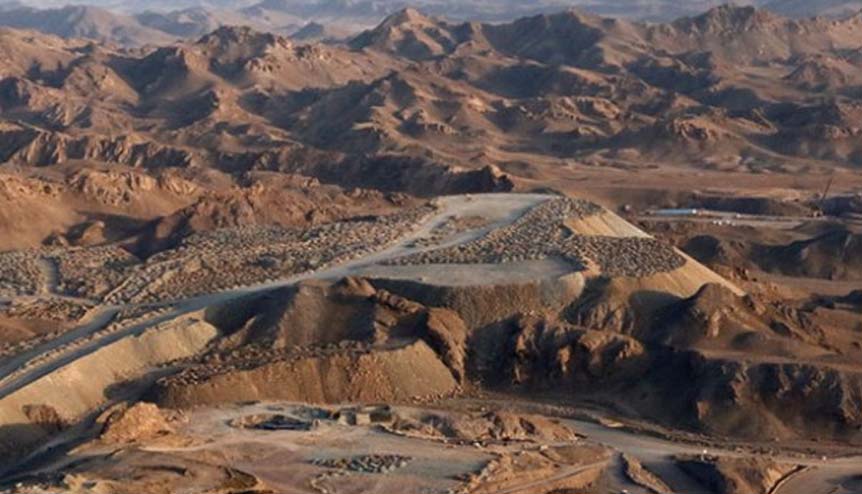 Laser-guided precision munitions and stealth fighter jets require “rare earth magnets” and gaining access to neodymium, erbium, praseodymium and beryllium will help India’s Defense Research and Development Organisation (DRDO) access materials useful for the development of missiles and the indigenous 5th generation Advanced Medium Combat Aircraft (AMCA). Seuring exploration zones now while Afghanistan is finding its feet is needed, considering the long potential gestation period for getting the mines and transport infrastructure operational. With a prototyping of the AMCA and other advanced weapons set for 2026, the first-mover advantage can ensure reliable supply chains following this timeline.

Without end-to-end infrastructure covering roads, rail lines, power distribution and water supply, mines are unable to operate. China learned this the hard way with their Logar province copper mining plans. Mes Aynak, situated near an ancient Buddhist heritage site and mine, has not made headway for a decade. India’s experience of working on dams, roads, schools and other civilian infrastructure projects across the country has gained broad acceptance by the local population, although some stiff resistance has been put up in Taliban-controlled pockets. Building on this goodwill and network of contacts developed over the years, it would only be natural to take the next step in training a mining workforce from the region. Uplifting local communities through education and upskilling and in turn wealth generation, is India’s expertise in Afghanistan, and it should double down on its strengths. This is where India outshines China and proves itself as an able ally that leverages cultural similarities in the process of capacity building across the spectrum.

Getting from A to B 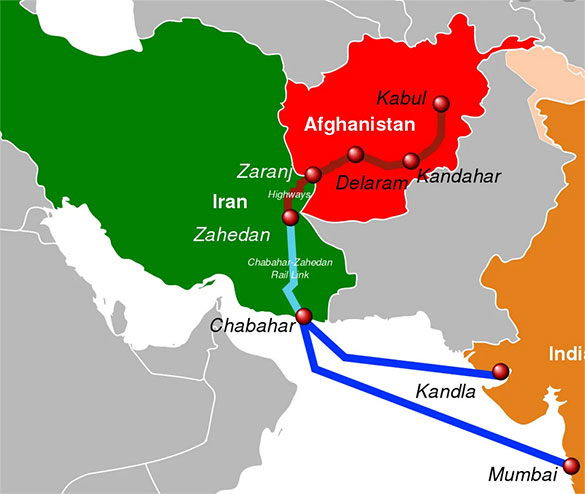 The 630-kilometre Chabahar-Zahedan rail line has seen slow progress over the years. Although it bypasses US sanctions, both India and Iran have dragged their feet at various points in time to operationalize this connectivity project which would underpin India’s broader natural resource strategy in the region. In the recent past, development stalled when Tehran’s push for the participation of a US-sanctioned Iranian Revolutionary Guard-run entity in the project was found unacceptable to India. The recent dialogue between the foreign ministers of the two countries appears to have ironed out these issues and the track laying that began in July is likely to be followed up with expedited construction such that the line is operational by next year.

The mined material from Afghanistan can be railed to the Chabahar Port which would compete with China’s Gwadar port situated a mere 170 kilometres in Pakistan-controlled Balochistan. Work has been slow with crane installation being delayed by Chinese equipment suppliers that won the tender three years ago. Meanwhile, banks skirted providing letters of credit (LC) due to concerns over American sanctions. As India-China relations are on the downturn, India Ports Global, the operator of Chabahar, will have to find a new crane supplier to ensure the project runs smoothly and it is hoped that within 16 months of opening an LC with a new counterparty, delivery of the cranes will take place and the port can move towards operationalisation.

A collaborative, shared future with Afghanistan and Iran involving interconnected value chains utilized fairly, works in favour for all parties. As India re-evaluates its path to becoming a natural resource stakeholder bringing positive change by stabilizing a region fraught with security risks amidst the tussle between global powers, a 21st century Great Game is emerging. In line with the push for the free world to come together in the face of rising regional authoritarianism, a drive by India to develop the metals and minerals industry in Afghanistan can lead to Asia having the proverbial two tigers on one mountain while ensuring regional peace and prosperity.