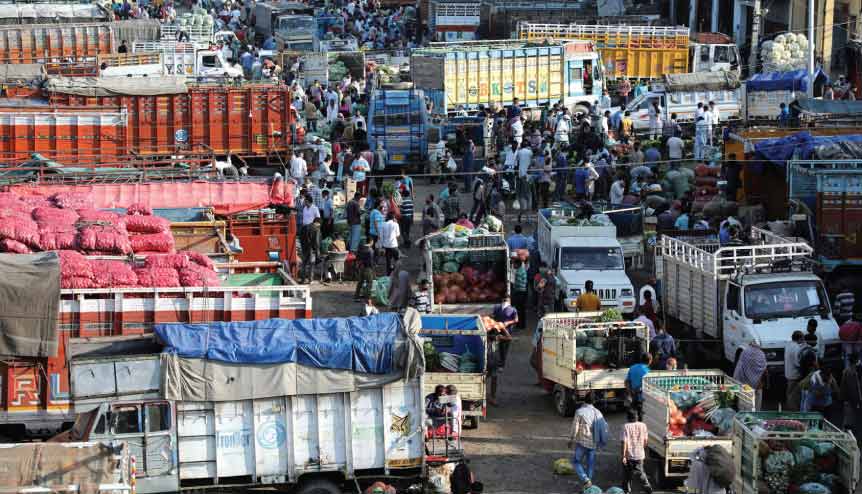 The two Union Territories, freed from the draconian provisions of Article 370 by the Modi government last year, are now ready to showcase their potential in diverse sectors such as hydropower, solar power, food processing, handicrafts and tourism. 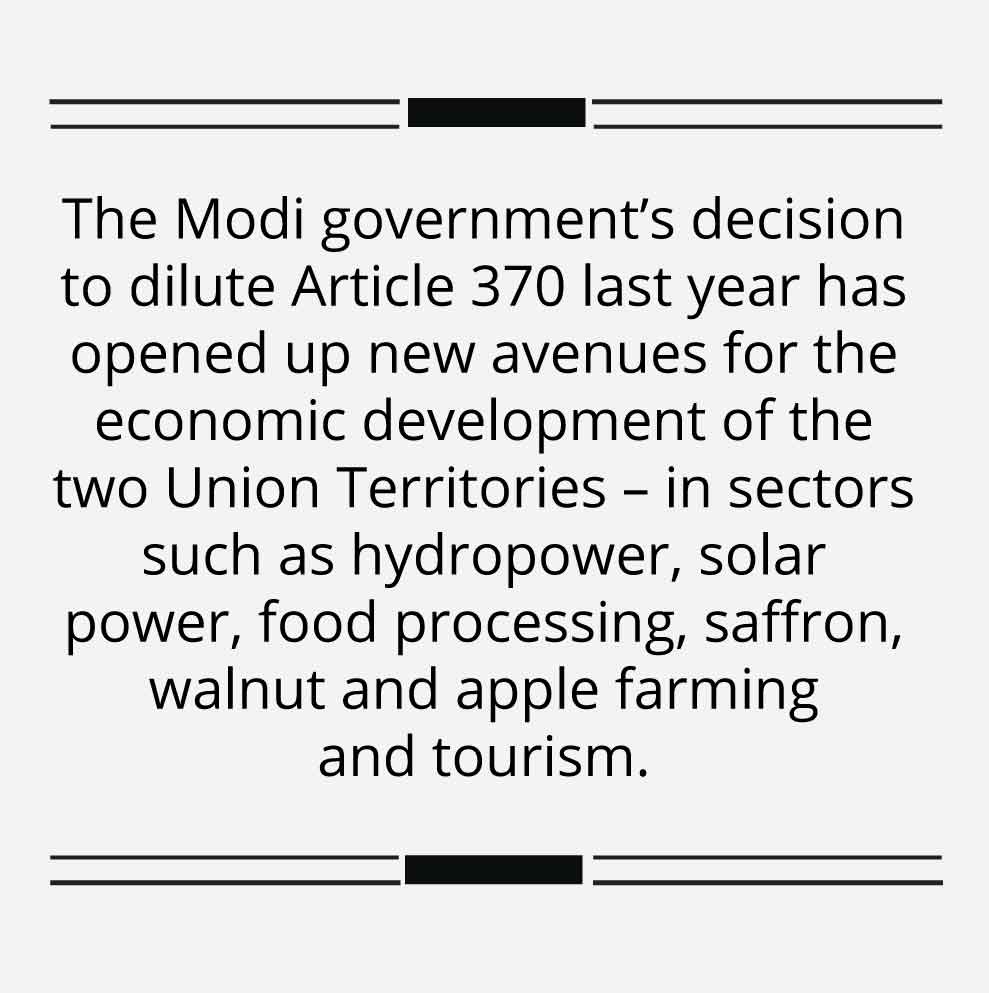 The defanging of this contentious article has thrown open a world of new social and economic opportunities for J&K’s successors, the Union Territories of Jammu & Kashmir and Ladakh as well as for domestic and foreign businesses in a number of sectors.

Apart from bridging the gender divide that bordered on misogyny and providing livelihood and educational rights to refugees from Pakistan, the Modi government’s decision to dilute Article 370 last year has opened up new avenues for the economic development of the two Union Territories – in sectors such as hydropower, solar power, food processing, saffron, walnut and apple farming and tourism.

Article 370 prevented non-Kashmiri Indians from owning land in the erstwhile state. Even Kashmiri women who married men from outside the state would lose their right to own land. This provision, more than any other, had prevented domestic and multinational corporations from investing in J&K. 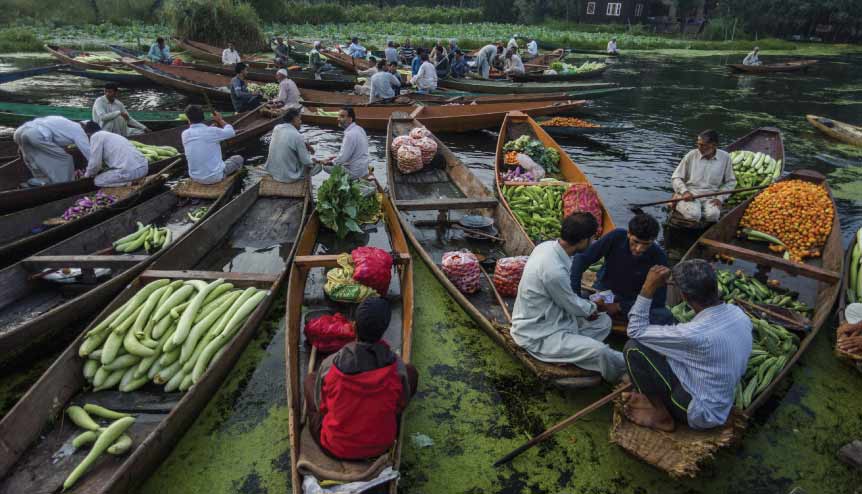 The defanging of Article 370 has thrown open a world of new social and economic opportunities for domestic and foreign businesses in a number of sectors.

Then, the domicile rule also barred non-Kashmiris from being employed at government-run educational institutions and colleges (except on very small quotas) even though there were no restrictions on Kashmiris securing any job of their choice anywhere in India. Result: Government-run medical colleges and other public colleges in J&K were unable to fill vacancies with the best available talent.

Consequently, both the demand and the supply side of the employment market got hit – there weren’t enough good quality jobs available to fulfil the aspirations of the state’s youth on the one hand and on the other, the state’s educational institutions weren’t generating an adequate number of trained personnel to fill in the positions available.

These anomalies are now being corrected. 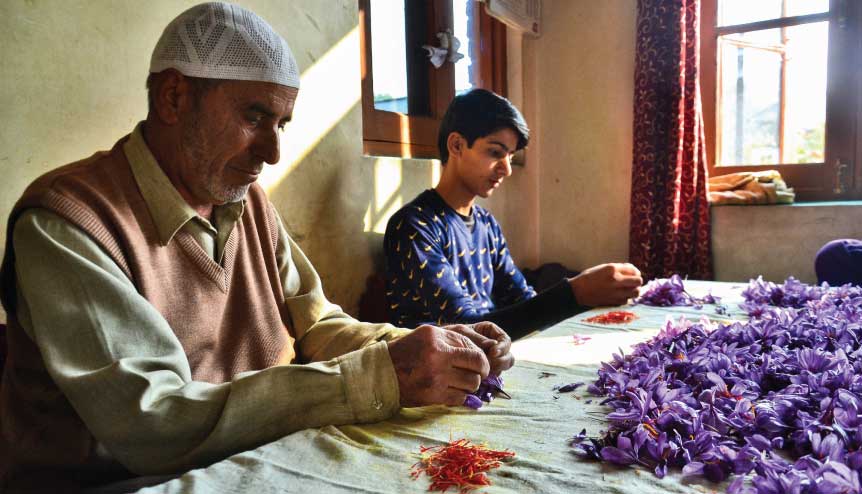 Kashmiri farmers separate stigma from the saffron crocus, during the saffron harvest in Pampore, about 22kms from Srinagar, India.

Then, Jammu & Kashmir and Ladakh produce the world’s best quality bivoltine silk and Pashmina wool. Cashmere wool and cashmere fabrics, derived from the archaic English spelling for Kashmir, have, ironically, become a Chinese, Mongolian and Central Asian monopoly, with the state of origin playing only a bit role in its production. Again, the reason is the lack of sufficient linkages with global supply chains that would facilitate the monetisation of this very expensive wool and fabric.

Kashmiri papier-mâché, carpets and shawls, famous around the world for the quality of their craftsmanship, have also suffered because of the same reason. 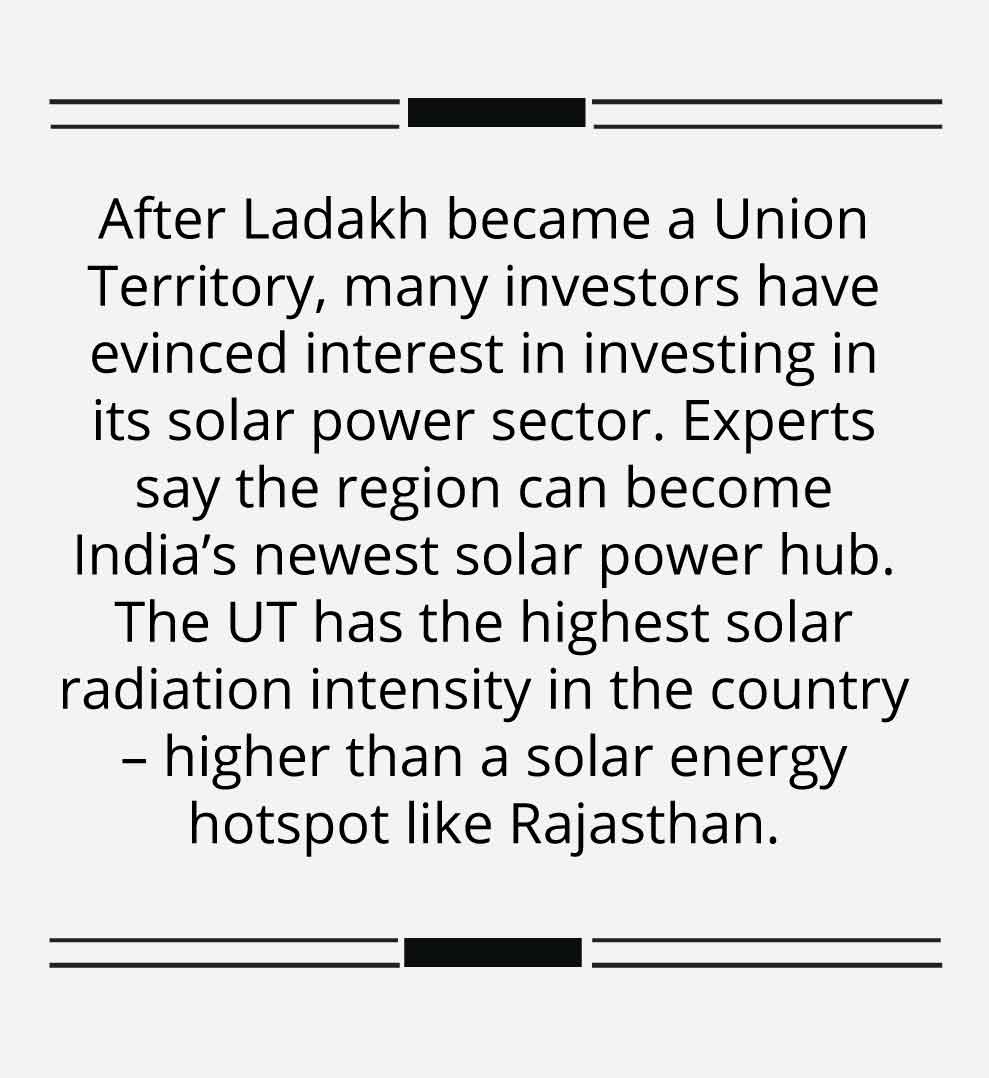 Since last year, after Ladakh became a Union Territory, many investors have evinced interest in investing in its solar power sector. Experts say the region can become India’s newest solar power hub.

The UT, which gets about 320 days of clear sunshine every year, has the highest solar radiation intensity in the country – higher than a solar energy hotspot like Rajasthan. Studies have suggested that these could combine to give solar power producers a capacity utilisation figure of more than 25 per cent, which would be 1-2 per cent more than the figure for the next best location.

The Solar Energy Corporation of India (SECI), the government body mandated to encourage the development of the solar energy sector in the country, is planning a $6.7-billion project to generate 7.500 MW of solar power in the state by 2023. 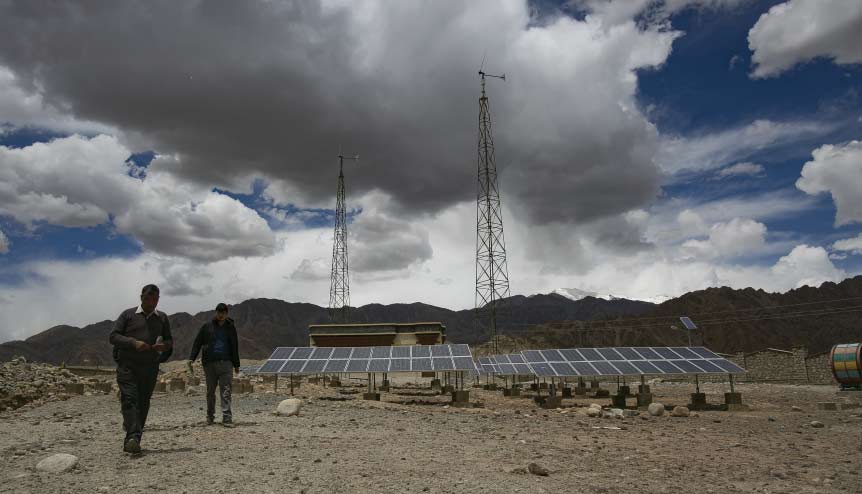 Workers at the site of a solar energy park in construction by the Ladakh Renewable Energy Development Agency.

The Union Territory of Jammu & Kashmir, meanwhile, has tremendous untapped hydropower potential. The Central Electricity Authority has estimated that the UT has a potential capacity of about 16,500 MW, of which only about a fourth has been tapped.

The government has plans of tapping all these sectors to bring about all-round development to the two UTs. This will open up massive new investment opportunities for domestic and international companies to invest in the region.