Huawei under the scanner in Covid-19 fallout

Huawei under the scanner in Covid-19 fallout 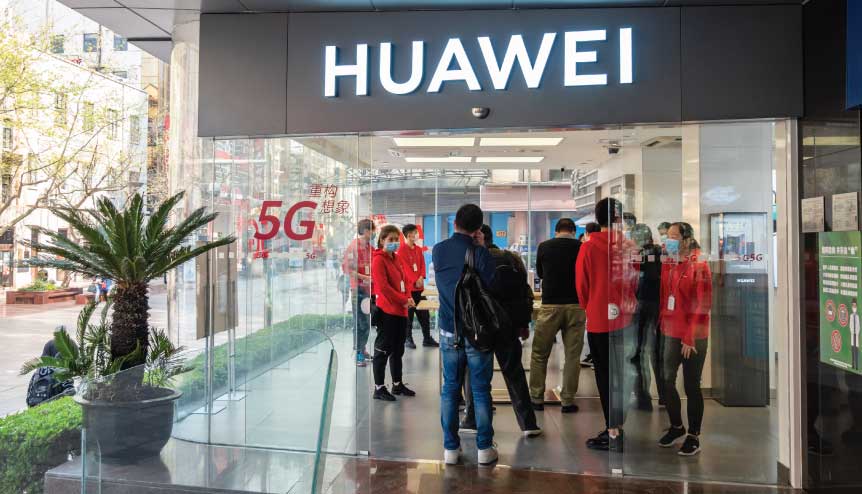 The Chinese telecom giant has come under pressure from all sides as the US sanctions give way to a new UK inquiry; India has the potential to plug the 5G equipment gap.

Huawei has been at the centre of the US-China trade war for some time now and the Covid-19 crisis has only served to ramp up the hostility against the Chinese telecom giant, which the Trump administration has branded a security risk.

The US President’s latest salvo came in the form of sanctions restricting Huawei from using American technology and software to design its semiconductors. The Huawei production line partly relies on computer chips based on US technology and with the restrictions extended to all of its subsidiaries, including Huawei Technologies India Private Limited, the aim is to dissuade companies from doing business with the Shenzhen-headquartered telecom equipment and consumer electronics major. 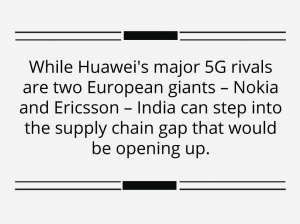 The almost immediate impact was felt in the UK, where Prime Minister Boris Johnson has been under pressure for some time now from within his own Conservative Party to distance Britain from China – increasingly seen as defying an international rules-based order and being less than transparent in its reporting of the so-called “Wuhan virus”.

“The security and resilience of our networks is of paramount importance. Following the US announcement of additional sanctions against Huawei, the NCSC is looking carefully at any impact they could have to the UK’s networks,” said a spokesperson for the UK’s National Cyber Security Centre (NCSC).

The centre in charge of Britain’s cyber security is taking the lead on examining additional risks to Huawei products that may arise from the latest US sanctions even as a wider debate around China’s involvement in the UK’s upgrade of its telecom infrastructure comes under review. 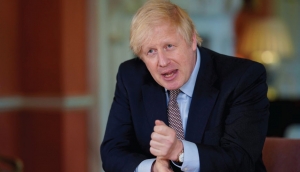 Boris Johnson has instructed officials to draw up plans that would see China’s involvement in the UK’s 5G network scaled down to zero by 2023.

Under the current UK government upgrade plans, the Chinese tech giant is already banned from supplying kit to “sensitive parts” of the network, known as the core. In addition, it is only allowed to account for 35 per cent of the kit in a network’s periphery, which includes radio masts.

UK mobile operators have been told by the NCSC that they would have three years to comply with caps on the use of Huawei equipment in their networks. The 5G network promises faster mobile internet data speeds, a stable network that can handle more connections, and more bandwidth for a multitude of different technological applications. Most of the UK’s mobile networks have said they would use and deploy Huawei’s 5G products only outside the core in the “periphery”. 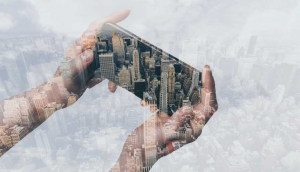 Huawei denies it uses state subsidies to undercut its rivals and has stressed that it would never spy on China’s behalf or otherwise deliberately compromise its clients.

In reference to the UK review, Victor Zhang, vice-president at Huawei, added: “Our priority remains to continue the rollout of a reliable and secure 5G networks across Britain.

“We are happy to discuss with NCSC any concerns they may have and hope to continue the close working relationship we have enjoyed for the last 10 years.”

However, with the company clearly a pawn in the much wider US-China face-off and an upcoming meeting between Johnson and Donald Trump at the G7 meeting pushing the UK’s post-Brexit considerations to the fore, there seems to be an inevitable squeeze in store for the Chinese major.

And, while Huawei’s major 5G rivals are two European giants – Nokia and Ericsson – India can step into the supply chain gap that would be opening up. A quick ramp up of its manufacturing capabilities, already set in motion with the Atmanirbhar Bharat or Make in India 2.0 mission, and refashioning struggling electronics facilities towards a 5G equipment focus will be just the kind of fix the global order is looking for.