Huawei exit from UK may take years, but sends out firm signal

Huawei exit from UK may take years, but sends out firm signal 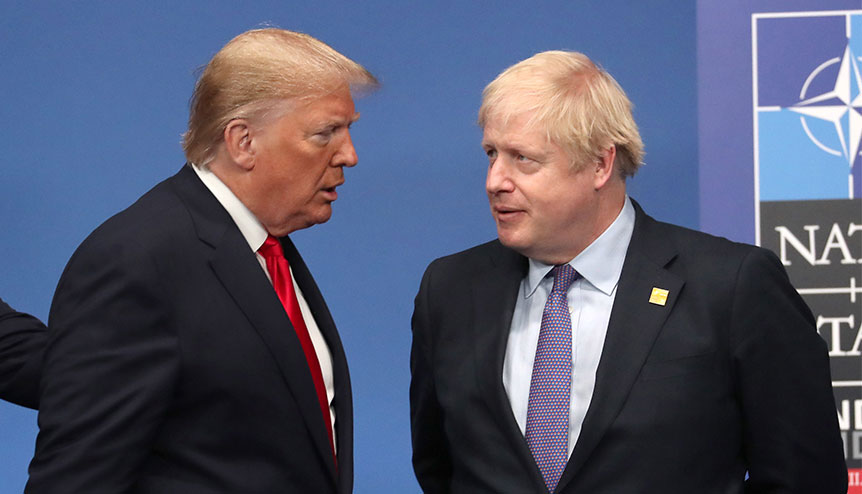 Britain’s decision to remove the Chinese telecom giant from all its 5G networks by 2027 has put Huawei firmly on the exit path, a move that may well impact the UK’s proposed stronger post-Brexit ties with India.

Huawei will be completely removed from the UK’s 5G networks by the end of 2027, the UK government declared in Parliament recently after a review by the country’s National Cyber Security Centre (NCSC) on the impact of US sanctions against the Chinese telecommunications giant.

In the lead up to this complete removal of all Huawei kit from UK networks, there will be a total ban on the purchase of any new 5G kit after December 31, 2020. The decision was taken at a meeting of the UK’s National Security Council (NSC) chaired by UK Prime Minister Boris Johnson, in response to new US sanctions against the telecom major imposed in May which removed the firm’s access to products which have been built based on US semiconductor technology.

Related stories: Huawei under the scanner in Covid-19 fallout

“5G will be transformative for our country, but only if we have confidence in the security and resilience of the infrastructure it is built upon,” said Oliver Dowden, UK Secretary of State for Digital, Culture, Media and Sport (DCMS).

“Following US sanctions against Huawei and updated technical advice from our cyber experts, the government has decided it is necessary to ban Huawei from our 5G networks. No new kit is to be added from January 2021, and UK 5G networks will be Huawei free by the end of 2027. This decisive move provides the industry with the clarity and certainty it needs to get on with delivering 5G across the UK,” he said.

The minister, who laid out the details of the UK’s ban on Huawei in the House of Commons, said the government will now seek to legislate with a new Telecoms Security Bill to put in place the powers necessary to implement the “tough new” telecoms security framework.

“By the time of the next election (2024) we will have implemented in law an irreversible path for the complete removal of Huawei equipment from our 5G networks,” said Dowden.

Tom Tugendhat, Chair of the House of Commons’ influential Foreign Affairs Committee who has been leading the charge to alter the UK’s China outlook and policy in the wake of the Covid-19 pandemic, welcomed the move as a long overdue step against a country whose integration with the global economy he believes has “gone awry”. 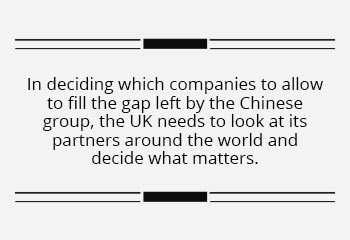 “The Huawei ban must be the beginning of a new way of looking at suppliers to critical infrastructure. In deciding which companies to allow to fill the gap left by the Chinese group, the UK needs to look at its partners around the world and decide what matters,” he said.

The Conservative Party MP has long lobbied for diversity within the UK’s telecom and other infrastructure, with India often highlighted as a preferred alternative.

“Something has gone wrong, if it is more difficult for citizens of a strategically important democracy that shares our values, language and history to visit or study in the UK than those of an autocracy such as China,” he had noted in the ‘Building Bridges: Reawakening UK-India ties’ report, released to coincide with the first-ever India Day in the Houses of Parliament, organised by India Inc. in June 2020.

“As the UK prepares to leave the EU, it is time to reset this relationship. We cannot afford to be complacent or rely on historical connections to deliver a modern partnership,” the Foreign Affairs Committee report had noted.

And, the decisive distancing from Huawei is likely to set the stage for this reset with India, which is scheduled to host the 14th India-UK Joint Economic and Trade Committee (JETCO) next week when technology alliances are likely to be a key feature of the summit being held virtually for the first time.

“On the trade side, we are not letting the grass grow under our feet and the UK and India are carrying on negotiations virtually given the current crisis,” UK International Trade Secretary Liz Truss said during India Global Week 2020 last week in reference to her planned meeting with Indian Commerce and Industry Minister Piyush Goyal. 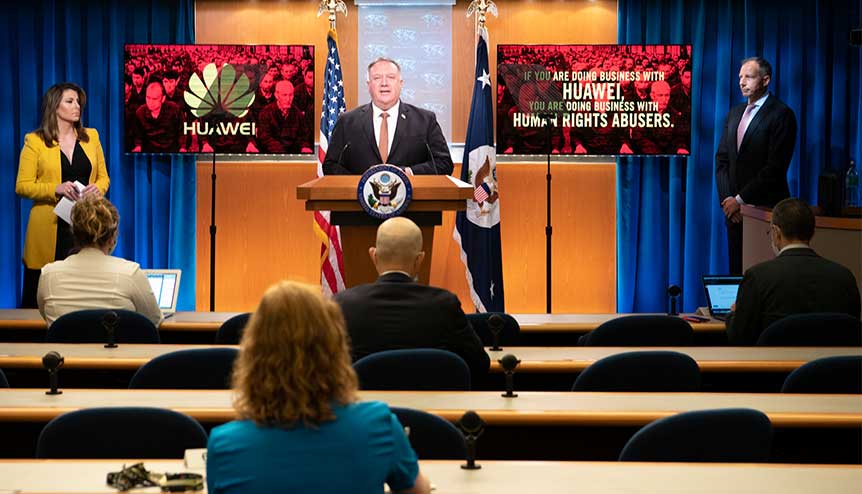 The new law will give the government the national security powers to impose these new controls on “high risk vendors” and create extensive security duties on network operators to drive up standards, DCMS said.

Technical experts at the NCSC reviewed the consequences of the US sanctions and concluded that Huawei will need to do a major reconfiguration of its supply chain as it will no longer have access to the technology on which it currently relies and there are no alternatives which we have sufficient confidence in. They found the new restrictions make it impossible to continue to guarantee the security of Huawei equipment in the future.

After a ban on the purchase of new Huawei kit for 5G from next year, the aim is to completely remove the Chinese vendor’s influence on 5G networks across the UK by the end of 2027.

DCMS said the decision takes into account the UK’s specific national circumstances and how the risks from these sanctions are manifested in the country. The existing restrictions on Huawei in sensitive and critical parts of the network remain in place, it highlighted.

The US action also affects Huawei products used in the UK’s full fibre broadband networks. However, the UK has managed Huawei’s presence in the UK’s fixed access networks since 2005 and we also need to avoid a situation where broadband operators are reliant on a single supplier for their equipment. As a result, following security advice from experts, DCMS is advising full fibre operators to transition away from purchasing new Huawei equipment. A technical consultation will determine the transition timetable, but it is expected this period to last no longer than two years.

The UK government said that its new approach strikes the right balance by recognising full fibre’s established presence and supporting the connections that the public relies on, while fully addressing the security concerns. It stressed that its new policy in relation to high risk vendors has not been designed around “one company, one country or one threat” but as an “enduring and flexible policy” that will enable the UK to manage the risks to the network, now and in the future.