Skip to content
How India and Japan can help Bhutan

How India and Japan can help Bhutan 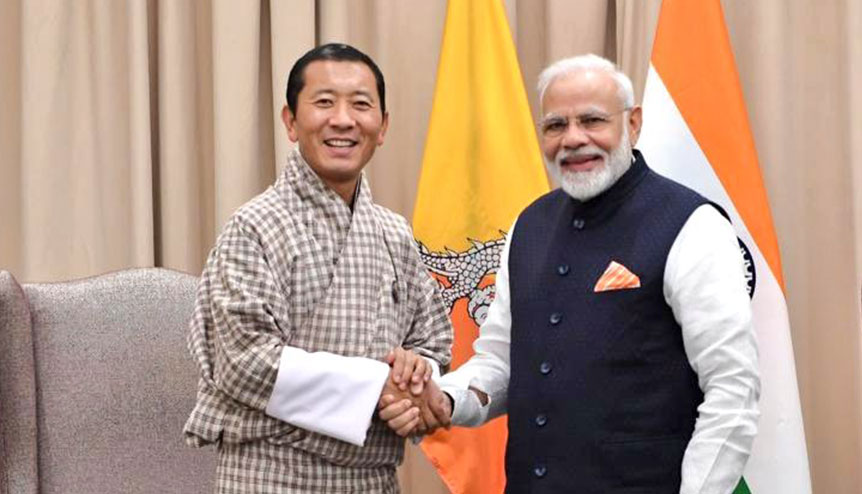 As China and Bhutan inch closer to signing an agreement for the Dokham boundary dispute, an international relations expert charts out the various steps that Bhutan could take to ensure continued support from India and further improve Indo-Japanese relations.

Bhutan is the world’s No. 1 pro-India country. But as the Doklam boundary dispute between India and China continues, Bhutan’s traditional foreign policy alignment with India has wavered. In October 2019, media reports indicated that Bhutan would negotiate with China and abandon its claim to territories in Doklam. That would be a common but unfortunate mistake of countries that face a security threat from China. India and Japan can offer Bhutan enough support to relieve this pressure.

If Bhutan works with China to solve the problem without India’s input, Bhutan will lose much but get nothing. There are three reasons for this. First, Bhutan will lose India’s trust. Traditionally, Bhutan’s foreign policy has been oriented toward independence under a “pax-Indiana.” Bhutan has intentionally chosen a pro-India foreign policy, and has accepted Indian army deployment to aid in its security. When terrorist groups established their camps inside of Bhutan, the Bhutan army fought alongside the Indian army to eliminate them in 2003. Now, because Bhutan has sought to be a democratic country, both India and Bhutan share the same values of democracy. As a result, India has grown to trust Bhutan, and Bhutan has benefited from this trust. For example, Bhutan can ask India to support Bhutan’s status as an independent nation in the United Nations. And Bhutan has established formal diplomatic relations with many countries because India has been in support of such moves.

If, during negotiations with China, the Bhutan government abandons its claims over Doklam, the situation will not be good for either India or Bhutan. India will lose trust in Bhutan and will worry that Bhutan’s move will harm Indian security because of Doklam’s strategic location. Even if Bhutan concedes territory to placate China, China will not stop its expansion. Recent events in the East China Sea and South China Sea indicate that China will push even further with its territorial claim, beyond what Bhutan accepts. China started to claim the Senkaku Islands of Japan in the East China Sea in 1971, even though there was no historical precedent for this. Since the 1950s, China has constantly expanded its territories in the South China Sea after France, the Soviet Union, and the US withdrew from the region. Given this pattern, Bhutan should not expect China to stop its expansionist tendencies, even if a deal is made with China.

What should India and Bhutan do? There are three things to do instead of signing an agreement with China. First, India should do more to ensure Bhutan’s security. Bhutan’s current stance has come from its perception that it is caught in the middle of the traditional influence of India and the rising new influence of China. The Bhutanese worry about an Indo-China confrontation on their land. To them, it calls to mind the saying, “When elephants fight, it is the grass that suffers.” India needs to make more effort to relieve the Bhutanese of this concern. 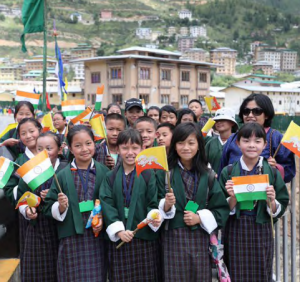 Second, Bhutan should analyse what will happen between the US and China as a result of the trade war between the two countries. Bhutan now faces a rising China. However, there is a possibility that the trade war will “make China poor again.” Without money, China cannot modernise its military as rapidly. Nor can China carry out the massive infrastructure projects that it has used to impose debts on other countries and control them. Appeasing China will not be beneficial to Bhutan in the near future if China is weakened economically.

Third, both India and Bhutan should cooperate with Japan. Bhutan wants India’s security support and wants to be an independent nation. But to be an independent nation, it knows it cannot rely too much on any one country. So, it seeks cooperation with other countries. But cooperation with China will create problems. Bhutan should instead cooperate with countries that are both pro-Bhutan and pro-India. Is there such a country? Japan is the perfect example. For a long time, Japan has supported Bhutan, including in the agriculture and infrastructure sectors. Bhutan’s royal family and Japan’s imperial family have long been good friends. Japan is also very pro-India. In the Doklam incident, the Japanese ambassador to India and Bhutan, Kenji Hiramatsu, stated that no side should seek to change the status quo by force. This type of statement has previously appeared only when Japan has criticised China or Russia. Thus, by confronting China, Japan has shown its support not only for India but also for Bhutan.

Currently, many countries see China as the challenger of the world. Along with other democratic countries like the US, India, Bhutan, and Japan can promote prosperous relationships with each other.

Dr Satoru Nagao is Visiting Fellow at the Hudson Institute, a Washington DC based think tank.

About the Author: Dr Satoru Nagao