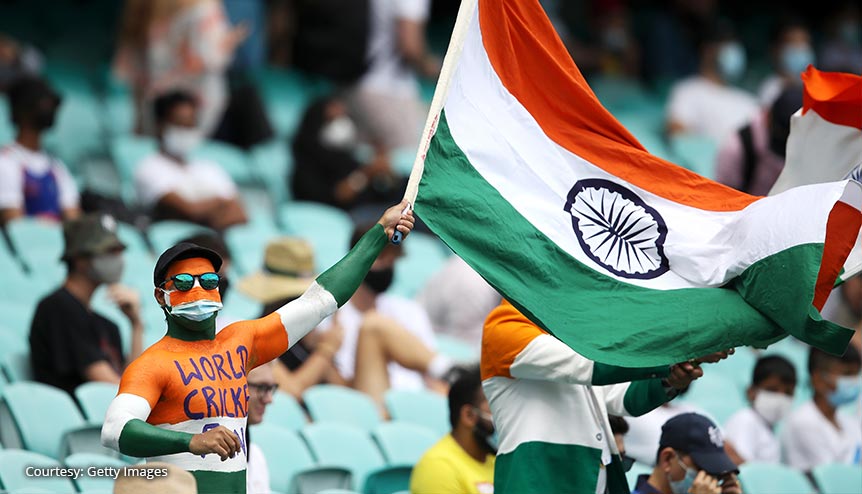 It is a ripe environment for utilising diaspora diplomacy, where we can effectively shape and act as “bridge-builders” between our home and adopted countries.

If there is one thing that the global pandemic has taught us, it is that human connection is more important than ever. Human spirit is innately linked with a world characterised by interconnectedness and interdependence. In this context, the diasporas assume a new importance in the global dialogue on Post-COVID economic recovery, growth and development.

The Pravasi Bharatiya Divas event organised recently by the Consulate General of India in Sydney, gave me an opportunity to look back on the growth and consolidation of the Indian diaspora in Australia. The energy and entrepreneurship of the 700,000-strong and growing Indian-origin population in Australia has made a significant contribution to Australia’s society and economy, stimulating and influencing trade, investment, technological innovation and knowledge flows between Australia and India, a potent economic force for Australia and a potential enabler in India’s growth story.

At 3 per cent of the Australian population, Indians are the fastest growing diaspora, Indian-born Australians are expected to outnumber Chinese-born Australians by 2030, reaching 1.4 million (This could potentially happen quicker as immigration will be an important factor for Australia’s post pandemic recovery). Indians are the second highest taxpaying diaspora in Australia, behind the British. Australia’s Indian diaspora population is most heavily concentrated in the larger states of Victoria, New South Wales and Queensland.

I migrated to Australia over 30 years ago and made Sydney my home. I vividly remember, back then in early 1990’s you would consider yourself mighty lucky to treat yourself to a sumptuous North or South Indian thali meal, have masala chai as a top offering in Sydney restaurants or get to witness the festival spirit of Diwali or Holi. We have a come a long way from there! The Little India Fair (that happens during Diwali) had a presence of over 30,000 people in October 2019. Today, there are over 100 Indian Diaspora organisations in New South Wales alone, catering to the specific needs and cultural diversities of Indian communities. This is a journey that is defined by assimilation, amalgamation and trust. 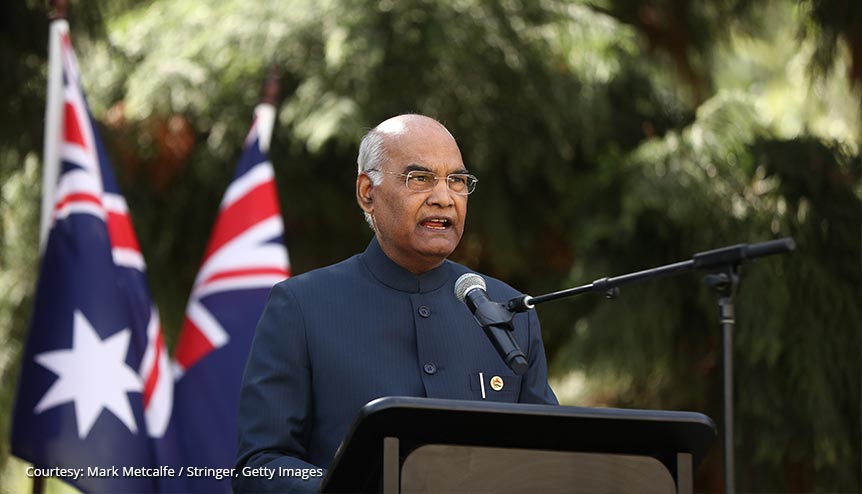 Indian President Ram Nath Kovind during the unveiling of a Gandhi statue at Jubilee Park in Sydney. India holds huge potential for Australian businesses to expand.

Realising this potential asks for a new approach, where New India needs to play an important role to enable, empower, embrace the contributions of the diaspora.

What does India need to do differently to engage the diaspora? Where can the diaspora effectively shape and act as “bridge-builders” between our home and adopted countries? How can we script and be part of India’s transformative journey which will be celebrating its 75 years of independence in 2022? I offer a few suggestions to create a path for strong diaspora engagement that delivers action.

• First and foremost, the need to recognise that the Australian Indian diaspora is a strategic asset that can be effectively utilised to “globalise” India’s domestic development agendas in Australia. For instance, businesses and trade bodies run by the Indian diaspora in Australia can create benchmarks for investment into India that affirms India’s ease of doing business potential for Australian businesses. As PM Modi said, FDI is not just about Foreign Direct Investment, but it is also about First Develop India.

• Second, the Indian Australian diaspora offer a natural advantage of the language skills, cultural understanding and transnational networks that can be utilised in a big way for India’s growth story with its dual role of advisory and advocacy. By its greater involvement in different economic sectors of India like Education, Health, Water Development, Business, Science and Technology, and also in agencies like NITI Aayog and Invest India. Our elevated and deepened bilateral relationship is a perfect example of our trust and respect in each other’s capabilities and strengths. Diaspora Advisory Committees for crucial Ministries in the central and state governments can be a possible step forward for greater involvement of the Indian diaspora in different economic sectors. Specific individuals can be appointed in consultation with the Indian High Commission and Consulates in Australia.

• Third, the Indian diaspora community is a microcosm of what India stands for – 28 states, 8 Union Territories – each state is a country with diversified culture, and traditions. The Indian diaspora can be utilised to nurture a narrative around culture and the need for developing cultural intelligence. I have always believed that along with market and consumer focus to business strategy, it is urgent to have a cultural focus also. 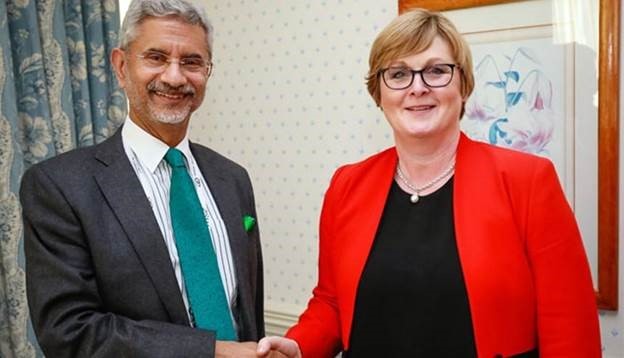 Indian minister of external affairs Dr. S Jaishankar with his Australian counterpart Marise Payne. There is a need to realise that the Australian Indian diaspora is a strategic asset that can be effectively utilised to “globalise” India’s domestic development agendas in Australia.

• Fourth, an institutional mechanism can be created for a greater diaspora involvement to address India’s pressing problems, high-level knowledge, technical expertise and practical experience of many members of the Indian diaspora can be useful to India in some priority sectors/problem areas such as energy, urban infrastructure (mega projects), water development and poverty alleviation programs.

• Sixth, Indian diaspora anywhere in the world is not one cohesive whole. Much like India’s complex society, it is made up of diverse sub-groups, state and community associations. It may not naturally self-organise in a way that maximises its political or economic leverage, complicating engagement. Hence, strong institutional mechanisms are increasingly important to be a glue that can guide and unite/unify them. Involving diaspora in development planning can be a diaspora-cohering strategy.

As famously said: “The world as we have created it is a process of our thinking. It cannot be changed without changing our thinking.” Self-reliant India includes a vision of global welfare. I am sure that the Indian diaspora in Australia by harnessing its collective intelligence, and with its collective actions will continue to make a difference in India’s growth story. There is no single global approach to diasporas, but a multitude of possibilities that ENABLE diasporas to reach their full potential, effectively ENGAGE them and EMPOWER them to make a difference in the countries they come from and they live in. It is about time to involve the Diasporas more substantively in India’s growth story. It is a ripe environment for utilising diaspora diplomacy, where we can effectively shape and act as “bridge-builders” between our home and adopted countries.

Dipen Rughani is the CEO of Newland Global Group.