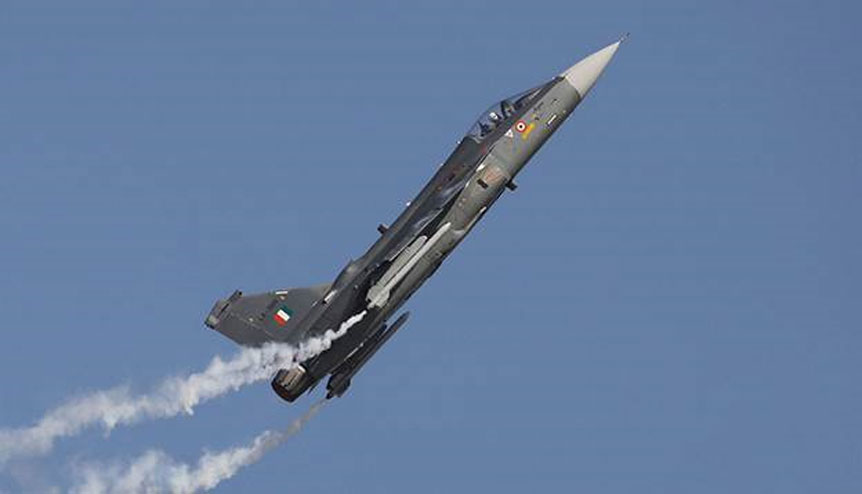 The government of India keeps pulling rabbits out the hat even as the country is preparing itself for a mammoth vaccination drive beginning on January 16th.

The defence sector in India has served notice of its self-reliance as a contract to domestically manufacture 83 Tejas Light Combat Aircraft (LCA Mk1A) for the air force has given the domestic aviation industry a massive injection of optimism. It is believed that countless vendors will be queueing up to take orders from the Make in India program advocated by the authorities.

In a major landmark decision by CCS chaired by PM @narendramodi, government clears the largest fighter aircraft procurement of 83 Tejas Mk-1A – an important stepping stone for Indian defence scientists and aerospace industry. Induction of #LCATejas will give a combat edge to IAF.

In a statement Defence Minister Rajnath Singh said, “The CCS chaired by PM today approved the largest indigenous defence procurement deal worth about 48000 Crores to strengthen the IAF’s fleet of homegrown fighter jets. This deal will be a game changer for self-reliance in the Indian defence manufacturing.”

The LCA-Tejas is going to be the backbone of the IAF fighter fleet in years to come. LCA-Tejas incorporates a large number of new technologies many of which were never attempted in India. The indigenous content of LCA-Tejas is 50% in Mk1A variant which will be enhanced to 60%.

The LCA-Tejas programme would act as a catalyst for transforming the indian aerospace manufacturing ecosystem into a vibrant Atmanirbhar-self-sustaining ecosystem. I thank the Prime Minister Shri @narendramodi for this historic decision taken by the CCS today.

The protagonist behind this path-breaking measure is none other than prime minister Narendra Modi who, as chairman the Cabinet Committee on Security (CCS), gave the final nod to a decision which could turn out to be a game changer in Indian defence circles.

It is an accepted fact that among all the reform measures made public by Indian finance minister Nirmala Sitharaman, as India grappled with the pandemic, defence grabs the most attention. The ultimate aim was to kickstart the economy and the country has slowly, but steadily, been turning the corner and garnering international attention from investors. Defence has been an area of interest to private entities.

Here too, Modi with one stroke of the pen created a moment of commercial magic by indicating his wish to promote proactivity. He instructed the government to increase the foreign direct investment (FDI) limit from 49 to 74 per cent under automatic route and beyond 74 per cent through the government route. Union commerce minister Piyush Goyal had pronounced his praise at such a move saying that foreign investments in the defence sector would go through its usual checks and balances on grounds of National Security while in keeping with the tenets of Aatmanirbhar Bharat, amendments would enhance self-reliance in production, while keeping national interests and security paramount.

Backbone of the IAF 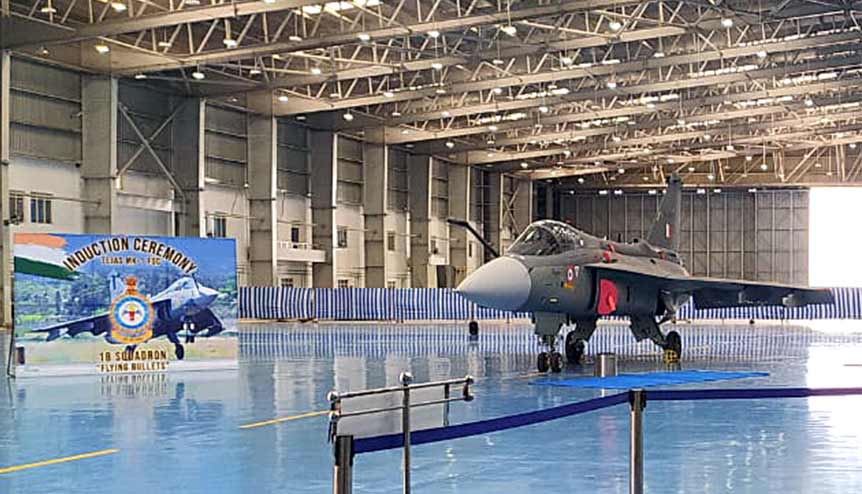 The second squadron of Light Combat Aircraft Tejas fighter operationalized in the Indian Air Force, at air force station, in Sulur. The private sector is excited that manufacturing contracts would be coming their way.

Facts first – the first of the potent version of the jets is expected to join service by 2024 and the LCA jets would form the foundation of the airforce in coming years.

That’s just from a defence point of view. The thought of jobs being boosted, given opportunities with primary vendor Hindustan Aeronautics Limited (HAL) who will act as an umbrella organisation that will foster the private sector, will send the market into an optimistic mood.

Waiting in line are local companies like Larsen and Toubro, Dynamatics, VEM Technologies and Alpha Design who are expecting HAL to outsource at 35% of the work order. It’s not a small handout given that at least 200 more jets will be part of a further contract.

HAL will get a major shot of confidence from the decision as it has been networking hard towards securing the order for the past two years. The next step up would be the acquiring of order pertaining to engines, avionics and radars for the jets that are currently still reliant on foreign sources. The private sector is waiting with excitement that contracts would be coming their way as well. 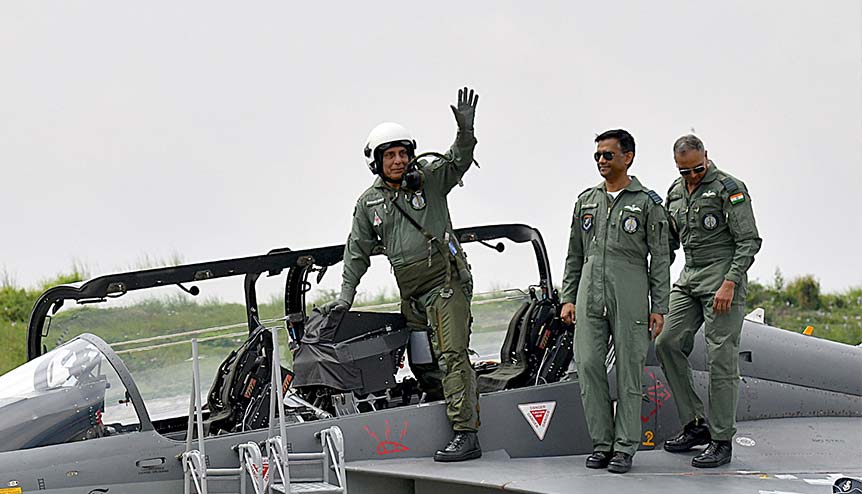 Defence Minister Rajnath Singh along with Air Vice Marshal N Tiwari after a sortie in the Tejas jet. There are reports that there would be an indigenous jet engine which so far has been reliant on foreign entities.

It is believed that the first LCA will have a component of over 50% indigenous content. This would consequently go up to 65 percent till the roll out of the 83rd jet. The word on the street is that there would be a native fighter jet engine which so far has been reliant on foreign entities.

The first squadron of homegrown jets are in place and HAL is expected to add to the existing 40 that are already on order.

The new batch of LCA will boast of enhanced radar, an electronic countermeasures suite and the capability to launch a variety of beyond visual range weapons. HAL is laughing all the way to the bank having secured an order of Rs 1 lakh crore once the contract is closed out with the Indian Air Force (IAF).