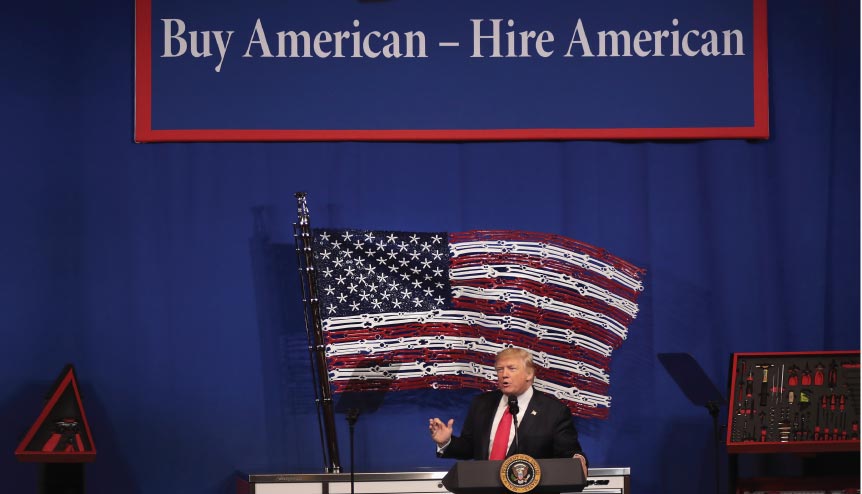 The US president’s decision to temporarily halt immigration, keeping thousands of Indian IT professionals in limbo, has been met with stern criticism by IT giants in Silicon Valley.

US President Donald Trump has gained notoriety for missing the woods for the trees while attempting to perfect the art of statesmanship. Yesterday was no different when the President tried to reassert his decision-making skills or the lack of it and failed with Silicon Valley looking on in horror and disappointment.

Related stories: Indians are job makers, not job takers in the US

Trump has suspended H-1B, L-1 and other temporary work permits, which he argued was done to protect local workers facing unemployment due to the spread of the coronavirus in America. The decision was promptly rebuked by the US tech fraternity who argued that it would rupture innovation and delay the recovery of the economy further.

Criticism not out of place

The criticism against the president’s decision is not out of place – the share of visas garnered by US tech giants like Google, Amazon, Facebook and Microsoft has been rising steadily. Indian nationals received nearly 70 per cent of the H1-B visas issued each year. Those visa holders who are now outside the US will not be able to return for an indefinite period of time. 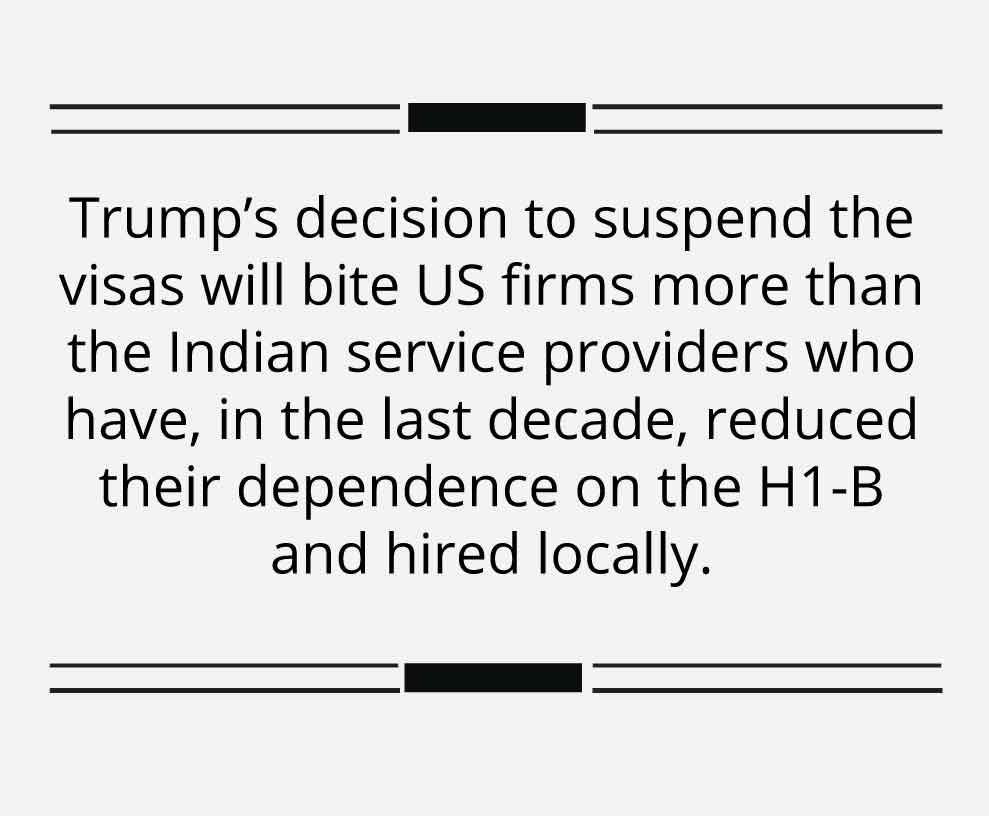 Trump’s decision to suspend the visas will bite US firms more than the Indian service providers who have, in the last decade, reduced their dependence on the H1-B and hired locally. More crucially, however, tech-US can expect to witness a slower pace of innovation which in turn undermines the IT industry which plays an important role to help the country recuperate from the current crisis.

As a businessman Trump should have known better – the markets never lie. This is best reflected by the fact that Indian shares rose on Tuesday, driven by broad-based gains across sectors, on the back of increased inflows from global investors. IT stocks changed course to climb up north, shrugging off concerns over the US visa restrictions.

Trump’s decision to restrict the entry of skilled workers into the US is not a new phenomenon. It lay at the heart of his 2016 campaign – like building the ‘big beautiful wall’ to be paid by Mexico – and the executive order was designed more as an election strategy, designed to arouse his base ahead of the elections, instead of far-sightedness. 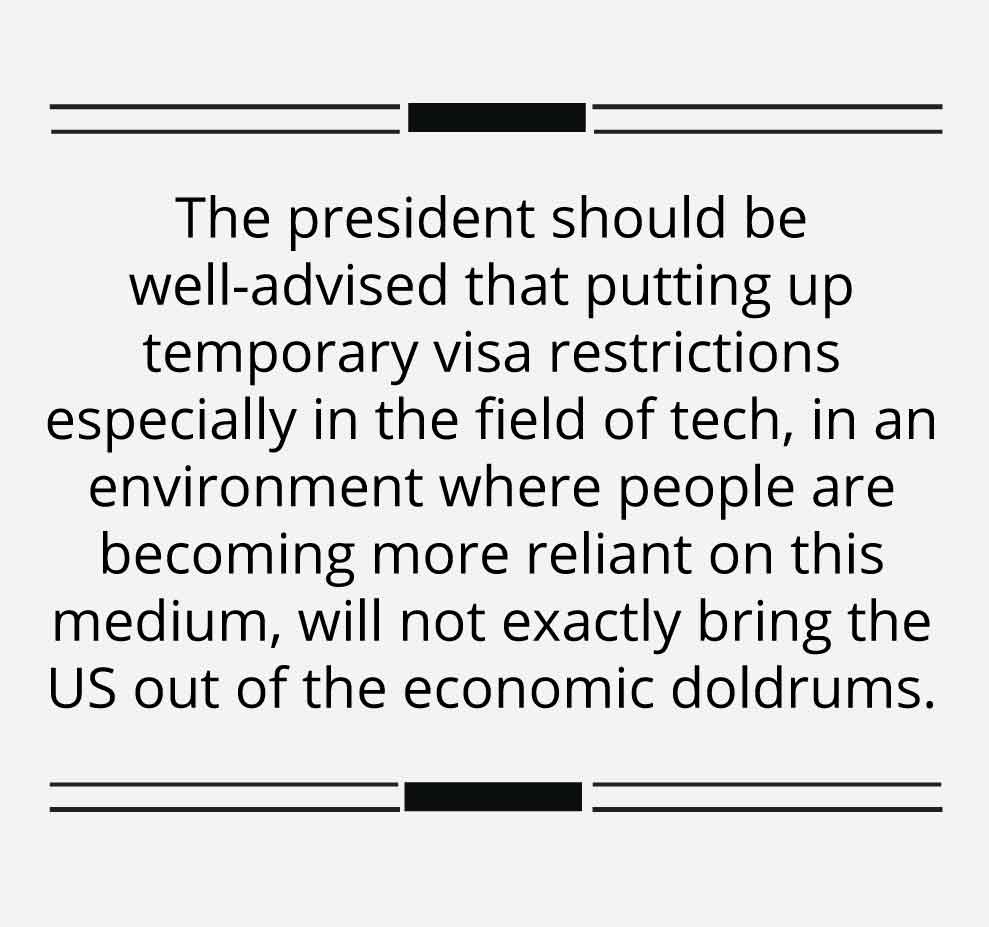 The President should be well-advised that putting up temporary visa restrictions especially in the field of tech, in an environment where people are becoming more reliant on this medium, will not exactly bring the US out of the economic doldrums it finds itself in. Investment, economic activity abroad, slower growth rates and reduction in job creations will be triggered.

Indian professionals who are given the bulk of the H1-B and L-1 classification of visas fall in the ‘occupations that require the theoretical and practical application of a body of highly specialised knowledge’ and this conversely means that the US tech industry could be dealt a body blow to become the biggest loser at a moment when reliance on tech is on the upsurge. Small wonder that Google CEO Sundar Pichai reiterated on twitter, “Immigration has contributed immensely to America’s economic success, making it a global leader in tech, and also Google the company it is today.”

Pichai and others of his ilk know where to look when it comes to shopping for IT professionals who could help in furthering Google’s brand equity – India.

The horse has bolted from the stable so to speak. One can only hope that the visa ban is temporary. In any event, the effects of it will be long-lasting, to say the least.