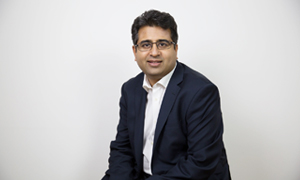 Gujarat is a laboratory of a development model that is uniquely home-grown.

A lot has been written and even more spoken of the Gujarat Model of Development that has been praised the world over, including by the United Nations. But in India, the media narrative, disseminated mainly by people who view Prime Minister Narendra Modi – who authored this model as chief minister of Gujarat – solely through the prism of their opposition to everything he does, has been mixed.

Though people on the ground have responded positively to the Gujarat Model, giving Modi a huge mandate in 2014 on the promise of replicating it across India, dominant sections of India’s so called ‘intelligentsia’ have mocked its backers.

According to their narrative, Gujarat is a laboratory of Hindutva, which they define as a narrow ideology based on Hindu majoritarianism where minorities are treated as second class citizens. This is nothing but utter fiction.
The fact is that Gujarat is a laboratory – but of a development model that is uniquely home-grown. Just as China’s Deng Xiaoping authored a new development model based on Chinese ground realities that turned that country from an also ran into a world leader, Modi’s Gujarat Model promised to do the same to India. The big difference, however, is that Modi’s development agenda is rooted in democratic values, making him ultimately accountability to the electorate at every juncture.

Modi transformed Gujarat into India’s industrial powerhouse by reaching out to the world and by attracting investments from every single developed country. This global outreach is an integral part of the Gujarat Model. At a time when countries across the world – from the US to many other countries in Europe – are pulling up the drawbridge on foreign companies, foreign professionals and foreign capital, India is proactively reaching out to the world. Little wonder that the country received record FDI of $53 billion last year, making it the largest recipient of such investments in the world.

All the government’s flagship programmes – such as Make in India, Start-up India, Digital India, pensions for all, insurance for all, housing for all, the ambitious initiative to light up India with 100 GW of solar power, among others – have their seed in Modi’s tenure as chief minister of his native state.

The most important facet of the Gujarat Model of Development was (and is) that it wasn’t the discredited and corruption riddled trickle down model that had been followed since Independence. Instead, it initiated a new paradigm that took into account the views of the people who would be affected by it. By making the people active stakeholders and participants in the development process, the model was able to create a sense of ownership around government schemes that had, till then, been the exclusive domain of bureaucrats and technical experts.

Yes, Gujarat is a laboratory, but of a balanced approach to economic liberalism and welfare economics. India was a country without a social security net before the Modi government introduced three affordable medical, life insurance and pension schemes that have been resoundingly welcomed by long suffering ordinary Indians.

Two important touchstones of this model are Sabka Saath Sabka Vikas (development for all) and the Antyodaya Yojana, a reach out to the last person in the queue – and both these ideas are the cornerstones of that same model.
The crucial question is: can this model, that has served Gujarat so well, be replicated across India?

The canvas, of course, is far more massive and the complexities unimaginable. But given the success of the Jan Dhan scheme (a financial inclusion programme that provided bank accounts to 260 million unbanked families) and the initial success of others like the scheme to provide cooking gas cylinders to the poor whilst encouraging the less needy to relinquish theirs, there is no reason to believe that the Gujarat Model, honed in the laboratory that is Gujarat, cannot be rolled out successfully across the country.