Skip to content
Greater India-ASEAN engagement is imperative for India 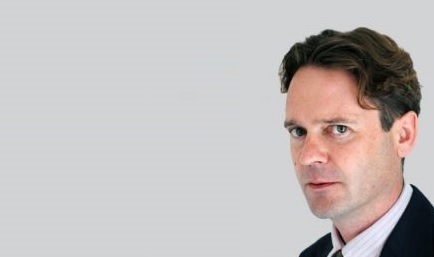 There appears to be awareness that India’s relations with the Association of South East Asian Nations (ASEAN) must move beyond symbolism.

One of Narendra Modi’s first foreign policy initiatives called on the country to reinvigorate its “Look East” policy, making it an “Act East” policy. The Look East policy, launched in 1991, is not without achievements – bilateral trade between India and the Association of South East Asian Nations (ASEAN) increased from just $2.3 billion in 1991/92 to around $70 billion in 2016/17. However, the contrast with China is stark – back in 1991 China-ASEAN trade stood at just $6.3 billion. Last year, however, it had jumped to $515 billion.

Across South East Asia views of India are similar. Its diversity, democracy and lack of threat make it in many ways a more attractive partner than an increasingly assertive China. Certainly, engagement with India would be welcomed to balance, or at least dilute, Chinese influence. However, beyond trade (and India’s trading achievements contrast poorly with China) there is a sense that India is unable to deliver on its commitments.

This is understandable. Much of the Look East policy focussed on connectivity, yet India remains unconnected, overland, with South East Asia. Having emphasised that connectivity was to form a central plank of India’s commitment to South East Asia, this lack of connectivity plays badly. Narendra Modi seems cognisant of this view: his decision to invite the 10 leaders of the members of ASEAN determination to India’s 2018 Republic Day ceremony was symbolic, but there appears to be awareness that India needs to move beyond symbolism.

The two main proposed schemes to connect India with its South East Asian neighbours have faced numerous delays. Work on the 160km India-Myanmar Friendship Road, connecting Moreh in Manipur with Kalewa in Myanmar – part of an ambitious Asian highway connecting Singapore with Istanbul – started in 2001, and was eventually completed in 2015. However, it faced two major problems. First, Myanmar had not constructed the next phase of the road, meaning that India remained unconnected with any potential markets in Myanmar. Second, Myanmar had failed to construct 71 bridges along the friendship road. The existing wooden bridges are generally unsuitable for trucks, making the roads impassable during the wet season. India has now taken responsibility both for the bridges and the next phase of the road.

The delays are not entirely India’s fault. Myanmar’s approach towards connectivity – particularly through some of its border regions – remains securitised. That is, many in Myanmar fear that greater connectivity will provide easier access for public bads such as militant groups, guns or drugs. Consequently, barriers suddenly appear hindering road building. But India’s approach has also been to blame, particularly through the use of sub-contractors which were unable to fulfil their obligations.

The other major connectivity project is the near $500 million Kaladan multi-modal transport project. First suggested in 2003, India and Myanmar signed an agreement in 2008, and work started two years later. India has since constructed a port at Sittwe, a river terminal at Paletwa, and several roads within North East India. However, it failed to construct a road connecting Paletwa with the Indian border in Mizoram. That contract was awarded last year.

Narendra Modi appears to recognise that India needs to demonstrate that it can deliver on commitments if it is to be taken seriously within South East Asia. The budgets for both projects have increased dramatically, India has taken direct responsibility for the final phases of construction and there is increased bullishness within India that both projects will soon be completed. If so, it could be a game-changer through demonstrating that India can deliver.

Several lessons have been learnt from the Myanmar experience. One view is that India should shift its focus away from physical connectivity such as road-building and focus on areas in which it has a better record of delivery in third countries, such as health and education, IT or security. An alternative takeaway is that India should focus on a few, larger infrastructure projects and invest significantly in them.

While India is clearly investing more in the existing connectivity projects, it is also taking on board the other view – that it should approach the relationship between India and ASEAN more laterally. Three areas in particular seem to stand out: digital connectivity, maritime connectivity and security.

India’s IT sector is already interlinked with Singapore through undersea cables. And in December 2017, India hosted the ASEAN-India Connectivity Summit which focussed both on physical and on digital connectivity. At the summit, Shri Manoj Sinha, the Minister of State for Communication, called for India’s digital connections with the countries of ASEAN to be strengthened, and for both India and ASEAN to share best practices in regards to the digital economy. Within this theme, there is tremendous scope to streamline other regional initiatives and sub-groupings, many of which are working on similar issues.

India is investing heavily in its SagarMala project – strengthening its port infrastructure. Regardless of the existence of overland connectivity, most trade between India and ASEAN is likely to take place by sea. The expansion of India’s ports is a prerequisite for greater India-ASEAN interaction.

Linked to maritime trade is its nemesis – piracy. In the mid-2000s, Indonesia, Malaysia, Singapore and Thailand established the Malacca Straits Patrol, to counter piracy in the Malacca Strait. Last year, India deployed a warship to the Malacca Straits, and its desire to contribute to anti-piracy operations appears to be received positively by the four ASEAN member states.

The centrality of ASEAN for Asian regional architecture means that greater engagement between India and ASEAN is imperative for India, both politically and economically. If India can demonstrate its ability to deliver, whether through better connectivity or as a security provider, it is likely to find willing partners in South East Asia.