India, which enjoys diplomatic goodwill from most countries would be a great leader to galvanise countries around the world to cooperate and collaborate on climate change.

We’ve heard the same climate change argument for years now. Environmentalists, climatologists, industrialists and climate activists have been screaming themselves hoarse for years yet the battle always hinges on business and profit. Now in a paradoxical turn brought about by the coronavirus crisis, the Federal Reserve in the US, along with several pension plans, fund managers and other financial institutions have sent a letter to the government warning: “The climate crisis poses a systemic threat to financial markets and the real economy, with significant disruptive consequences on asset valuations and our nation’s economic stability.” The letter also urged US policymakers to “explicitly integrate climate change across mandates.”

The Sustainability Trends Report 2020, compiled by Generation Investment Management (GIM), states that to stop global temperatures exceeding 1.5℃ above pre-industrial times, emissions need not just to stop increasing, they need to fall by 7.6% per year for the next decade, more than the expected drop from Covid-19 in 2020.

But there’s no backing away from the question – how do governments businesses and people around the world check climate change without incurring economic loss? And what will the new normal in business look like?

John Murton stressed the need for a greener model of economics and finance, stating, “If you want to grow your economy then you have to green your economy now.” Malini Mehra added strength to the argument stating,” Covid -19 has claimed more lives than floods and climate disasters in the past 20 years. Going forward, we must focus on green recovery and inclusive recovery.”

And while there was general agreement all around on the point, Selwin Hart added the need to ensure, “that a just transition is part of the building back better. And this just transition I refer to is that of people and communities whose livelihoods depend on the industries we want to phase out. Sandrine Dixson-Declѐve supported the notion saying, “It’s very important to look at the jobs angle of the climate change perspective.” She urged governments and policymakers to put local communities along with the environment at the heart of policies ensuring that the alternative power sources used also allowed locals to sustain themselves. “ For example, the renewables sector has more jobs today than coal.” 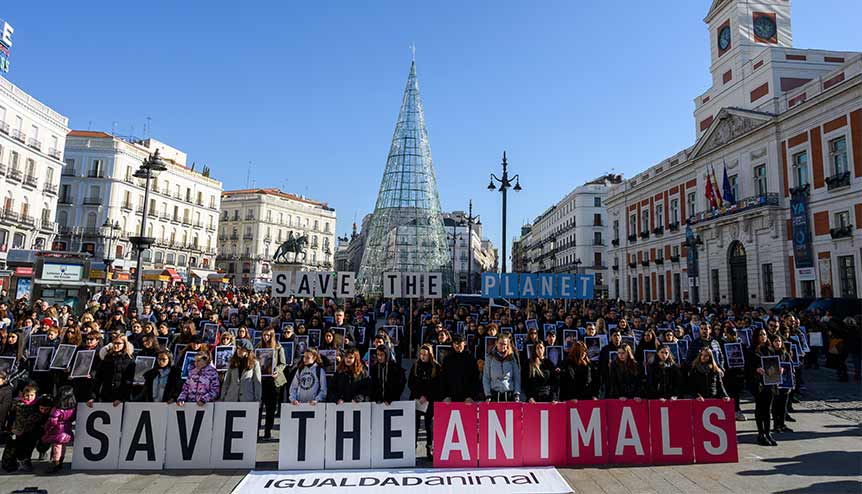 According to Gardiner, the change will need to come not just from top-down but also from the bottom up to ensure climate change is properly addressed.

Experts predict that the impact of climate change will only get bigger going forward. A recent report by the UN states that heat stress caused by rising temperature will cost global economies more than $2 trillion by 2030. Another report by the WHO states that air pollution is responsible for seven million premature deaths per year globally. In context, the recent failure of the 25th Conference of the Parties to the UNFCC smarts more than before. It is also an unpleasant reminder of the gap that still exists between policy-making and tackling climate change. UN Secretary-General Antonio Guterres labelled COP25 “disappointing.”

Addressing the failure of COP25, Barry Gardiner stated, “We have to look at how change comes not just from top-down but also from the bottom up, and how we galvanise support to communities to ensure this happens.”

In a world divided by trade wars and protectionism, there has now emerged an even greater need for global leadership to unite the world in the battle against global warming. This is where India has much to offer the world. Under PM Modi’s leadership, India has already taken concrete steps to address climate change. According to data released by the UN in 2019, India was already well on track to meet its goal of capping its carbon emissions to 1.5 degrees Celsius or less. From banning single-use plastic to increasing its renewable energy capacity to 450 GW, India under the stewardship of Modi has taken systematic and concrete steps to address climate change. Modi’s charm and congeniality in encouraging 121 countries worldwide to join the International Solar Alliance

“We see phenomenal growth in India and via the International Solar Alliance, “ Jagjeet Sareen stated. “we are taking this story out and getting other countries involved.” Sandrine Dixson-Declѐve was confident in India’s leadership towards sustainability so far, stating, “India has an incredible role to play in climate change.” India, which enjoys diplomatic goodwill from most countries would a great leader to bring about cohesion on climate change and galvanise countries around the world to operate and collaborate in finding and implementing sustainable, green solutions. Ultimately, however, integrated global challenges like climate change will require integrated, global cooperation in order to fully and comprehensively address it. And it will fall on every country to understand that building back better involves teamwork.

As Malini Mehar stated, “It is absolutely essential that governments around the world must align their climate goals with their coronavirus recovery plans.”