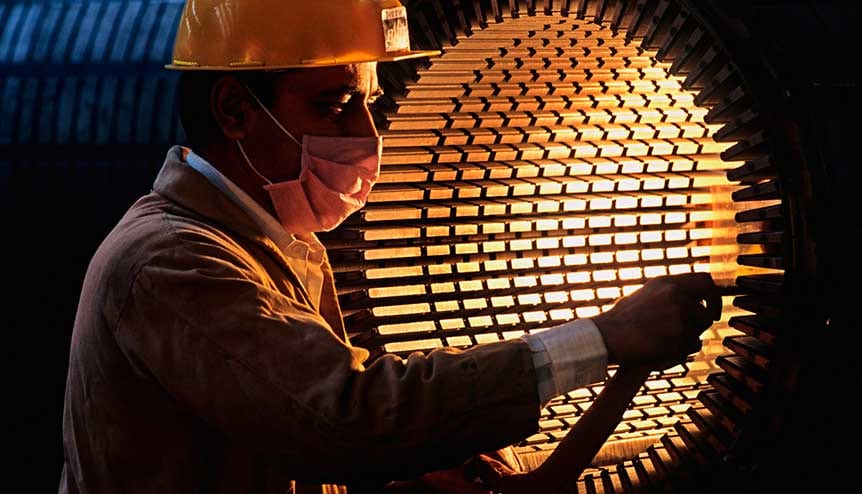 Prime Minister Modi has repeatedly asserted that government has ‘no business being in business’. But critics doubted the rhetoric. This week Modi announced the biggest and most ambitious privatisation programme of state assets ever and in doing sends a strong signal that the Indian state is getting leaner and fitter for a post-Covid World, writes India Inc. Founder and CEO Manoj Ladwa.

The Indian government has announced plans to get out of business almost completely. It will sell its stakes in most of the 348 public sector undertakings (PSUs) it currently controls. The only exceptions: It will retain control of at least one and a maximum of four PSUs in 18 “strategic sectors” such as banking, insurance, steel, fertiliser, petroleum and defence equipment. This will, however, not preclude the private sector from operating in these industries and is in keeping with its commitment to allow private companies entry into all sectors of the economy.

Have you read: Sitharaman’s reforms package is the real deal and not just window dressing

The enterprises owned by the Government of India have a combined paid up capital of $37 billion and earned revenues of almost $350 billion during the year ended March 31, 2019. They include Fortune 500 companies such as petroleum refiner and retailer Indian Oil Corporation (IOC) and national oil explorer ONGC, and steel maker SAIL. Then, it also owns aircraft maker Hindustan Aeronautics Ltd (HAL), which makes warplanes for the Indian Air Force, and Mazagaon Docks, which makes warships and submarines for the Navy.

No business to be in business

But I can’t, for the world of me, figure out what the government is doing running companies such as Balmer Lawrie, which makes industrial packaging, greases, lubricants and leather chemicals and Andrew Yule, which manufactures industrial fans and air pollution control equipment and produces tea. Equally incomprehensible is why the government owns companies that make scooters that no one buys or cement, newsprint paper and antibiotics. Then, it also has no business to run hotels, jute mills, shipping companies, helicopter services and firms that produce fertilisers.

Put simply, the government has no business to be in business. That’s now the conventional wisdom in most parts of the world. But it took the Modi government lots of political courage to bite the bullet and take the tough call to get out of business almost completely.

Mother of all privatisations

The decision and the above figures imply that the mother of all privatisations is on its way in India. Obviously, this can’t be done at one go and will have to be spaced out over several years. But I can’t think of any other privatisation attempt on this scale anywhere else in the world.

This is, arguably, the biggest reforms announcement made by any Indian government and offers global and domestic investors a chance to buy into the India growth story and push the Make in India narrative by facilitating the optimal use of otherwise underutilised assets.

Union Finance Minister Nirmala Sitharaman announces the fourth tranche of the centre’s $260 billion economic package. No one had then been able to gauge the sheer scale of the Modi government’s reforms ambitions.

Walking the talk on reforms

Indian Finance Minister Nirmala Sitharaman had said in May while announcing her $260-billion stimulus and reforms package that the government would exit all but a few sectors. This announcement was met with a ripple of excitement but no one had then been able to gauge the sheer scale of the Modi government’s reforms ambitions.

Opening the doors to investors

Prime Minister Modi had said at India Global Week in July: “India remains one of the most open economies in the world. We are laying a red carpet for all global companies to come and establish their presence in India. Very few countries will offer the kind of opportunities India does today… We are making the economy more productive, investment-friendly and competitive… We are opening the doors to investors to come and invest directly.”

These words have now taken on a whole new meaning in the light of the above announcement.

Modi not reformist enough? You must be joking

The Modi government has announced a slew of far-reaching reforms in his second term, and especially over the last three months, as part of its Atma Nirbhar Bharat (Self-Reliant India) vision – encompassing sectors like agriculture, defence, atomic energy, and space exploration. This should convincingly silence critics who have carped about this government not being reformist enough in its first term in office (2014-19).

With the benefit of hindsight, one can see that Modi was looking at the long-term instead of trying to gain brownie points with quick fix solutions to India’s many intractable problems. He said very early in his term: “You can’t nurse a sick man back to health by making him exercise.” The analogy is now becoming apparent. He used his first five years in office to clean up much of the rot that had set into the system.

India’s switch to GST was the single biggest tax reform undertaken by the country in 70 years of independence. The Jan Dhan Yojana and other measures saw India steadily up in the World Bank’s Ease of Doing Business Index.

For example, he laid the foundation for fundamental reforms by bringing in reforms like Jan Dhan Yojana, the world’s largest financial inclusion scheme, which allowed him to bypass a corrupt and inefficient bureaucracy to directly deliver benefits to more than half a billion beneficiaries without any loss in transmission. In another blow to corruption, his government enacted the Insolvency and Bankruptcy Code (IBC), which struck at the roots of crony capitalism. Then, his government introduced the Goods and Service Tax (GST) to replace and welter of 23 federal and state-level levies with a single tax. And other reforms to the basic plumbing of the economy has resulted in India rising a record 73 positions from 142nd in 2014 to 69th in 2019 in the World Bank’s Ease of Doing Business Index.

Changing the paradigm of the Indian economy

These are just an illustrative list of small and large reforms measures that have changed the paradigm of how the Indian economy operates and set the stage for the next lot of big-ticket reforms. The important point to note is that these announcements are not acts of knee jerk political expediency or compulsion but the logical next steps in Modi’s rapidly unfolding reformist agenda.

We look forward to further clarity on what Modi’s vision for the country, maybe even in the Independence Day speech he will deliver from the ramparts of the historic Red Fort tomorrow.