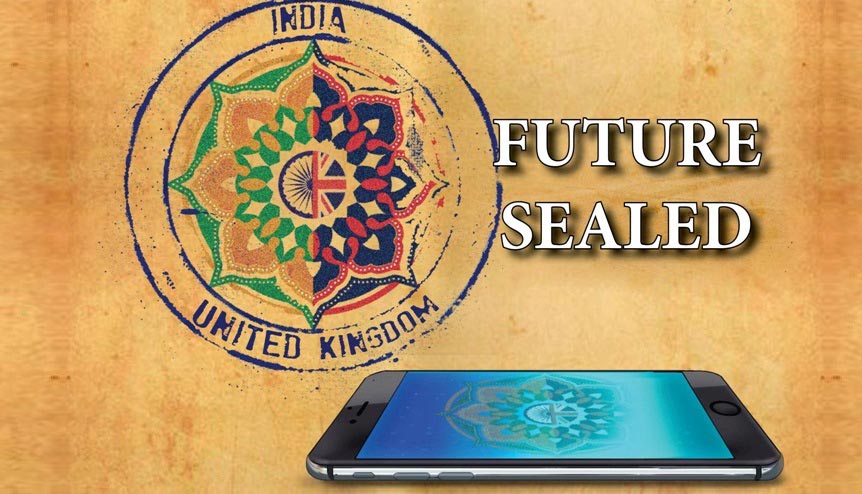 The relationship between India and the UK is gradually moving beyond its nostalgic framework to look towards a future that is ripe with opportunities, writes India Inc. Founder & CEO Manoj Ladwa.

Ask any foreign policy expert in London or New Delhi about the state of UK-India relations and the most probable answer will be “warm and close”. But dig a little deeper and these same experts will begin to grope for words.

The truth is that the two countries are more like generations-old family friends, who remain close by all accounts but are not the other’s first choice friend in times of need. There are historical reasons for this drift.

But more importantly, there are pressing reasons why a Global Britain and a Global India should forge a lasting partnership that can help provide an increasingly divided and insular world the leadership it desperately needs to revive the values of globalisation, trade, openness and cooperation that gave the world its longest unbroken period of economic expansion and prosperity.

I am under no illusions that it will be a long and hard walk towards that goal. Tragically, the Indo-British relationship, that promises so much to anyone who cares to read between the lines, has got mired in “transactionalism”, with neither side willing to look beyond the obvious – for London that means greater access for British goods into India while New Delhi wants easier entry and work norms for students and professionals – on what the two countries, the world’s fifth and sixth largest economies, can achieve together.

Indians consider the UK a favoured holiday destination and, till Brexit cast a cloud over it, Indian business houses used the UK as a beachhead for expansion into the rest of Europe. A host of well-known and less famous personalities on both sides have also expended much capital – both in terms of money as well as in terms of effort and personal connections – to ensure that the leaders of UK and India did not lose sight of the obvious potential that exists to take bilateral UK-India ties to the next level.

A small beginning has been made. India and the UK agree in principle that they can reimagine and revive the Commonwealth, that largely moribund 53-nation body of former British colonies, into a modern 21st century-ready global organisation spanning every continent of the world that can encourage free trade and spread global prosperity.

It helps that old and worn out attitudes that saw UK-India cooperation through the prism of the so-called Empire 2.0 lens have been relegated to the peripheries of mainstream political thought in both countries.

As I told the media earlier this week: “Britain needs to dispel the pessimism troubling many about Brexit, and instead work hard for a common future with special partners like India. For India, the UK presents an opportunity of a generation to engage at a much deeper, strategic level. If both countries can make it work, it’s a massive win-win.”

And not just both countries! Behind the scenes, there a scores of people, many celebrated public figures as well as many others who aren’t that well known, who are working hard to ensure that the outcome indeed matches this win-win potential.

There areas in which the two countries can – and do – cooperate are pretty obvious. Trade, defence technology transfers, fund-raising in London, people-to-people ties and soft power exports are the areas of convergence.

Following the UK’s shock Brexit decision, Theresa May’s government needs to cut mutually beneficial trade deals not only with the European Union (EU) but also with its other trading partners. At this point, the British government needs to demonstrate, in no uncertain terms, that it can find alternative markets and tie up trade deals that compensate for the losses that will accrue from Brexit.

This, most observers believe, is the minimum condition Mrs May has to fulfil to get a fair trade deal from Brussels. And that is why this may be a good time for UK and India to announce that they are ready to make a fresh beginning that builds on the existing platform.

The UK as a global financial powerhouse and technology leader can find many synergies with India, the world’s fastest growing major economy, with a billion-plus aspirational consumers.

May’s vision of a Global Britain that does not retreat into isolation after Brexit has huge synergies with Indian Prime Minister Narendra Modi’s vision of a globalised India, fully integrated into the international supply chain, finding its place at the global high table.

Prime Minister Modi has described people of Indian origin contributing to British public life and social diversity a “Living Bridge” between the two countries that can be the foundation for taking the bilateral relationship beyond trade or any immediate transactional necessity.

A small beginning was made during the recent visit of Prime Minister Modi to the UK last month. In addition to several agreements between the private sectors of the two countries, the two governments also signed some path-breaking MoUs on, among other things, ensuring a free, open, peaceful and secure cyberspace; cooperation in exchange of information and strategies for effective cyber security incident management and threat response; strengthening institutional cooperation in the field of sustainable urban development, to include business engagement, programme and project design, access to finance, knowledge exchange and research and innovation, to build on existing cooperation on the Smart Cities Mission; and on skill development, vocational education and training to promote collaboration and capacity-building and to enhance co-operation on livestock husbandry, fisheries and agro-forestry.

A flow of people and the relationships they engender between the two nations and their peoples generates a flow of ideas – and helps build trust, which has to be the bedrock of any sustainable long-term relationship.

Great Britain needs new markets for its goods and expertise in a variety of important fields in which India is lacking. And India needs a reliable ally at a time when the presence of a maverick President in the White House has thrown many safe assumptions of the recent past into question.

That, in my opinion, is where London and New Delhi will find real synergy for their ties. As I said earlier, it will take lots of effort and the hard yards lie ahead but it will suffice to say that the UK-India relationship has all the ingredients of a game-changing global partnership in an uncertain and ever changing world.

Manoj Ladwa is the Founder of India Inc. and Chief Executive of MLS Chase Group @manojladwa