Filmmaker Shonali Bose reflects on her passion for cinema

Filmmaker Shonali Bose reflects on her passion for cinema 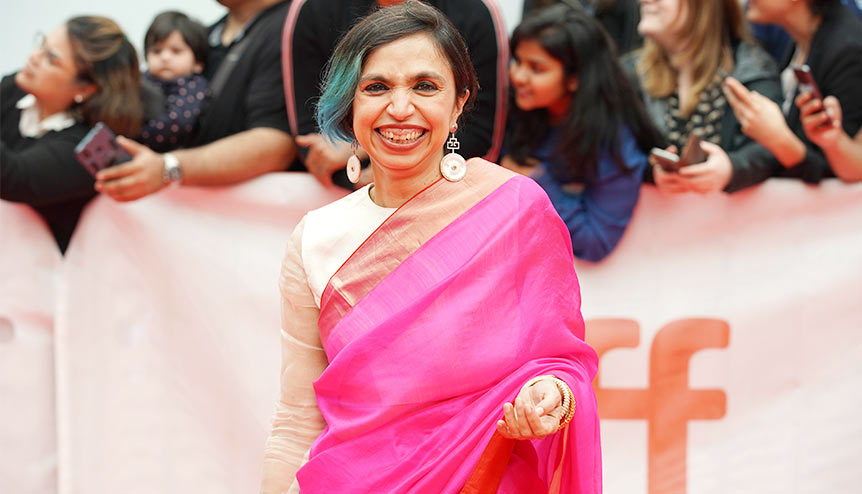 Indian film director, writer and producer Shonali Bose recently shared some stories about her life and motivations in a freewheeling conversation with UK-based musician and Baithak UK Director Sangeeta Datta.

Having made her feature film debut in 2005 with ‘Amu’, Bose has since won such accolades as a National Film Award, a Bridgestone Narrative Award, and a Sundance Mahindra Global Filmmaker Award for her filmmaking. She is widely known for shedding light on underrepresented and controversial social issues.

From her debut film to her most recent release, ‘The Sky is Pink’ starring Priyanka Chopra and Farhan Akhtar, Bose’s work has always unapologetically made audiences confront the social realities of marginalised groups on topics as varied as disability, sexuality, gender, political riots and more.

Having grown up in a progressive Bengali family and heavily influenced by Communist leader “Mashi” Brinda Karat, Bose was passionate about social justice from a young age. She recalled childhood memories of going to feed the poor in Calcutta every week and being encouraged by her parents to always think of the dispossessed and less privileged.

She recalled: “I used to find it terrible that our didi (maid) couldn’t sit at the dining table with us to eat. From a young age, I would sit to eat in the kitchen with her.

“Calcutta in itself as a city is very revolutionary, and coming from Bengal plays a big part in my Communist attitude and love for the poor. My father and mother really imbued the sense of thinking about less privileged people in society. My first words were probably ‘Lenin Mama Zindabad!’ (Victory to Uncle Lenin).”

Bose’s sense of fighting for the rights of the voiceless was formalised when she moved to Mumbai aged 14. The carnage of the 1984 anti-Sikh riots and witnessing people in relief camps defined much of her school and college life. She was also heavily impacted by the Bhopal gas tragedy and the Mandal Commission during a similar time.

“The atmosphere was very political and I was very much apart of that political process. Even though The Lawrence School in Sanawar was an elite boarding school, I was always raising issues of social justice, even at that time.”

Having studied film in Columbia after the tragic passing of her mother, whom “dear Delhi College friend” Amitabh Bachchan came to visit in ICU just days before, Bose found that cinema was a way that she could express her views and feelings on important issues.

“When I got into film school, I directed my first short film, ‘Lifting the Veil’. At that time, I was 29 and I felt it in my bones and the flow of the blood in my veins that this was my calling. I just love directing and creating something out of nothing, and being able to change narratives around gender and poverty and class differences.”

Despite training in documentary filmmaking, Bose was determined to make a feature narrative film about the 1984 riots in Punjab to reach audiences that wouldn’t usually engage with such topics.

“I didn’t just want human rights activists and Sikh victims and survivors to watch this. I wanted to tug at heart strings and change and influence the minds of those who didn’t want to think or didn’t know about the events that took place. My history and political professors told me I was teaching through my film, which was a huge compliment for me.”

‘Margarita With a Straw’

Bose’s deeply intimate 2014 romantic drama ‘Margarita with a Straw’ featured Kalki Koechlin in a career-defining performance as Laila, an Indian teenager with cerebral palsy who has a complex relationship with a blind girl.

She explains: “Disabled people are infantilised. I remember when my acutely disabled cousin Malini and I went out drinking in Bombay and she needed to use a sippy cup. The waiter was visibly shocked when I ordered her a whiskey soda. She might be in a wheelchair, but she always drinks me under the table. That waiter’s reaction shows the many myths and misconceptions that surround disability. It’s important to me to write stories about narratives that we’ve not had access to before in cinema.

“When Malini turned 40, I asked her what she wanted and she replied “I just want to have sex”, and I remember realising that I hadn’t thought about my sister’s sexuality before. This was the germ of ‘Margarita…’ I wanted to bring to the film this perspective of looking at disabled people with an equal gaze and no condescension.”

Paint your own sky

Bose’s egalitarian and unapologetic attitude towards social issues has won her much critical acclaim in Hindi cinema and her delicate approach to very human emotions like grief has won hearts across the world.

She spoke openly about dealing with the death of her young son and how creating ‘The Sky is Pink’ helped to heal her. During the funeral scene in the film, Priyanka Chopra Jonas wore Bose’s own pink shawl and she describes the relationship she shares with the famous actress as being like an “umbilical cord”. Priyanka had accepted the script on Bose’s late son’s birthday and many such coincidences arose during the making of the film.

“Life is to be celebrated. Death days are like birthdays and that is the philosophy I wanted to bring out in this film.”

Bose’s candid conversation with Sangeeta Datta unpicked many gems from her life and accomplishments, and the comments section of the Facebook Live session was flooded with message of awe at the strength of Shonali Bose’s character and achievements.

The charismatic filmmaker alluded to two new Bollywood projects on the horizon, which were offered to her during the coronavirus lockdown, adapting American-Indian writer Thrity Umrigar’s novels ‘The Space Between Us’ and ‘The Secrets Between Us’.

About the Author: Vidhu Sharma