Skip to content
As May files for EU divorce, wooing India must be a priority

As May files for EU divorce, wooing India must be a priority 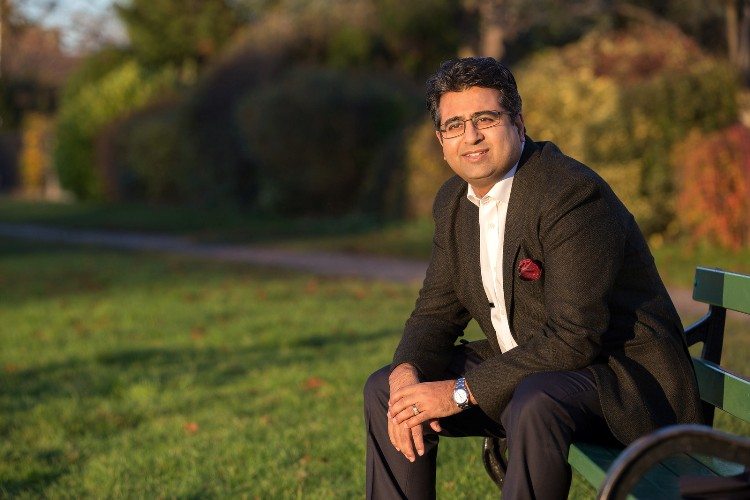 Now that Mrs May has triggered formal divorce proceedings with the EU, India Inc. CEO Manoj Ladwa explains how the UK could learn a lesson or two from the Japanese on getting up close to Modi’s India.

The late Sir James Goldsmith, the billionaire financier who spent a considerable part of his personal fortune on a campaign to force Great Britain out of the European Union, once famously said: “When a man marries his mistress, he creates a job vacancy.”

Without getting into a debate on the issue, I just want to point out that when a man divorces his wife, he creates a job vacancy as well. So as not to sound sexist, let me add that two, not one, vacancies are created.

Prime Minister Theresa May’s decision to trigger Article 50 of the Lisbon Treaty, which signals the start of the messiest and most costly divorce in world history – the exit of the United Kingdom from the EU – is, to quote EU Council President Donald Tusk, “not a happy day for him or for the EU”.

It isn’t a particularly happy day for the UK either, but as Mrs May said, it wasn’t also a “move towards isolationism but rather, an opportunity to become even more global and internationalist in action and spirit.”

Britain is hoping its negotiators can get a good divorce settlement from the EU while many fear that the bureaucrats in Brussels are determined to pull out all stops to deny Mrs May and her team exactly that.

Let me not beat about the bush. The UK needs to urgently cut mutually beneficial trade deals not only with EU but also with its other trading partners and this is where India and the so-called “job vacancy” comes in. At this point, the British government needs to demonstrate, in no uncertain terms, that it can find alternative markets and tie up trade deals that compensate for the likely losses that will accrue from Brexit.
This, most observers believe, is the minimum condition Mrs May has to fulfil to get a fair trade deal from Brussels. And that is why this may be a good time for the UK and India to announce that they are BFF (best friends forever, to use the lingo of today’s youth).

India and the UK have very robust trade and cultural ties that are cemented by a centuries old relationship that has, as its bedrock, a common language and warm people-to-people relations that is unmatched.

More than 800 Indian companies are present in the UK making them the third largest foreign investor group in the UK and the second largest job creators. The Tata Group, is, in fact, Britain’s largest manufacturer-employer. And the UK is the largest investor in India among G-20 countries.
Most of these Indian companies have chosen the UK as the base for their European operations. Their fate – and those of the thousands they employ in Britain – is in the balance.

There are times in history when a confluence of many factors forces leaders and nations towards a particular course of action. I believe that UK triggering Article 50 to exit the EU and Prime Minister Narendra Modi’s assertive outreach to the rest of the world are creating conditions for the two countries to come closer to broaden their trade, diplomatic and strategic engagements at a time when much of the Western world is being buffeted by the winds of isolationism.

The UK as a global financial powerhouse and technological leader can find many synergies with India, the world’s fastest growing major economy, with a billion-plus aspirational consumers.

Mrs May’s choice of New Delhi for her first foreign visit as the head of Her Majesty’s Government gave out the right signal even if her visit didn’t quite live up to the heightened expectation it had generated in its run-up.

The hopes of a quick conclusion to a UK-India trade deal have since been tempered. And the Joint UK-India Working Group that UK’s International Trade Minister Liam Fox announced last year is yet to meet. India’s economy is overwhelmingly service-oriented and depends critically on the skills and talents of its people. Given this, India is unlikely to acquiesce to British overtures in this respect unless London agrees to its demand for freer movement of professionals as part of any deal to liberalise the terms of trade for British industry.

But several analysts I have spoken to say Mrs May’s earlier track record as Home Secretary, when she put in place new rules to curb immigration and scrapped the two-year post-study work visa that many Indian students in the UK used to stay on in the country, as well as the fact that anti-immigrant sentiment was a key factor behind the Brexit vote, are stumbling blocks in the path of a UK-India trade pact. Now that, in my opinion, is a real pity. Foreign – and especially Indian – immigrants have immeasurably enriched UK’s economy, culture and public life. Pulling up the drawbridges to this influx of talent – and also shutting to the doors to a win-win trade deal with India as a consequence will signal pretty poor returns given the potential.

Notwithstanding the above, I believe there is immense scope for cooperation between the two countries, especially in the defence sector. Prime Minister Modi wants to build up an indigenous defence industrial base in India and his government is looking for partners who can help the country achieve this goal.

Three decades ago, Japanese two-wheeler makers like Honda, Kawasaki, Yamaha and Suzuki collaborated with relatively small and some then practically unknown companies to set up motorcycle assembly units in India. That enabled India to build a domestic manufacturing base for two wheelers. Today, Hero MotoCorp, the erstwhile Indian partner of Honda, is the world’s largest motorbike company and competes with the Japanese giant in markets across Asia, Latin America and Africa.

Suzuki Motor Company did the same with the Indian passenger car industry, which is now among the world’s largest. From a small beginning in the early 1980s when SMC set up a joint venture to assemble some 50,000 cars every year in India, Maruti Suzuki India is today larger than its Japanese parent and India has emerged as the undisputed global hub for the design and manufacture of small cars.

Like Honda and Suzuki, if Britain can help India develop a domestic ecosystem for a viable defence industrial base – with linkages to India’s robust MSME sector – it will not only have helped India build a new industry almost from scratch and generate millions of new jobs as the automobile sector has done but also created for itself a very large market. Note: Japanese companies have a combined share of more than 65 per cent of India’s two-million-cars-a-year market. Such a defence collaboration, I believe, can become a textbook case of a win-win collaboration.

But Mrs May may have made a mistake in linking security cooperation to a trade deal with the EU. Such statements will have raised concerns in the corridors of Delhi as Modi is a man who has from day one made it clear that there must never be any compromise or bargaining on matters of security and the global fight against terrorism.

But as the saying goes: No one can stop the idea whose time has come. I believe the time is ripe for the UK and India to forge closer trade and strategic ties – and maybe even reimagine the Commonwealth as the vehicle for such cooperation.

I remain optimistic about a positive outcome.