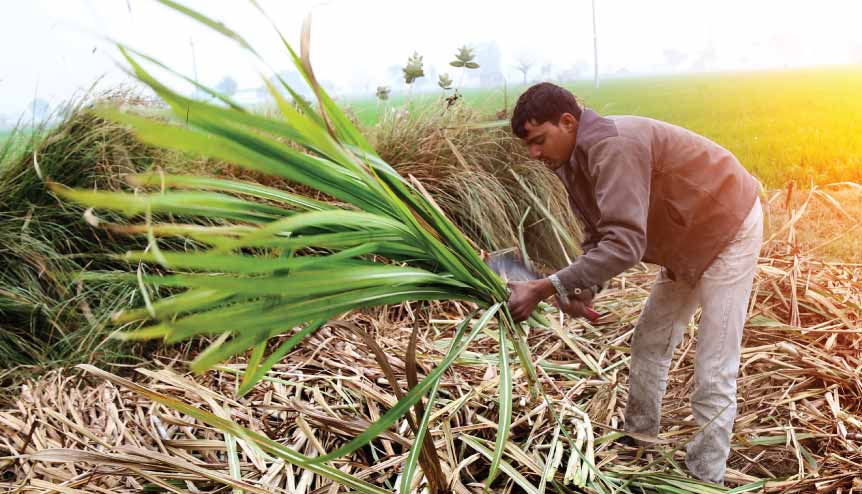 Rising fertiliser sales, forecasts of a good monsoon and the Modi government’s recent measures to free the farm sector from red tape all point to a possible bumper harvest this year. Since rural India accounts for more than 40 per cent of Indian GDP and 58 per cent of its population, rural prosperity will temper the effects of the Covid-induced slowdown in the manufacturing and services sectors.

Can agriculture rescue India from the economic contraction that most foreign analysts are predicting in the wake of the Covid-19 pandemic?

The driving force behind that growth will, however, not be the typical urban households.

Early indications are that this could be a bumper year for the country’s agriculture sector, the main plank on which the rural economy rests. And since the rural economy accounts for almost half of India’s GDP and supports about three-fifth of the population, this can temper the effects of the projected slowdown in the manufacturing and services sectors and rescue the economy. 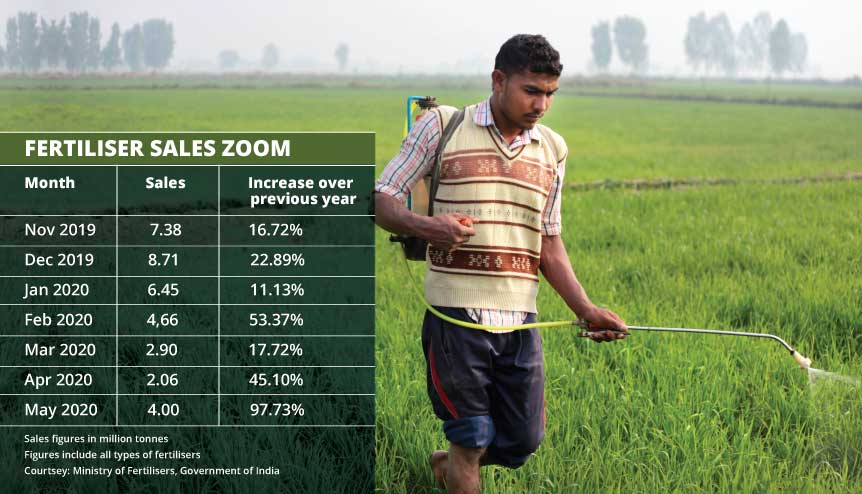 In fact, this double-digit growth in fertiliser sales shows the high probability of a bountiful harvest, and consequent rural prosperity, this year. This is based in large part on the prediction of a better than normal monsoon this year. 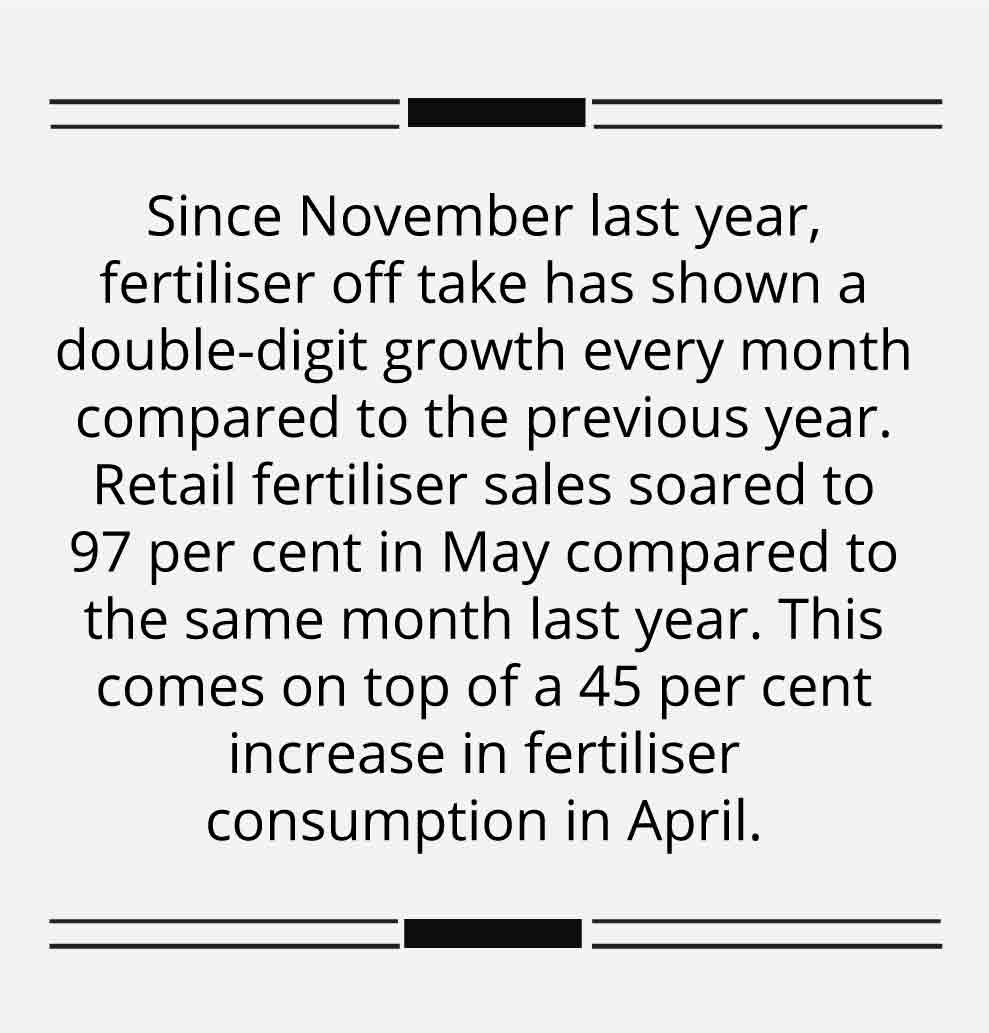 Farmers are flush with money

Fertiliser sales are being driven by the healthy liquidity situation of the farm sector this year.

The Food Corporation of India (FCI), the Government of India’s official food procurer, as well as other state government-run agencies have bought a record amount of wheat, lentils, oilseeds, chickpeas and other crops since April. The total pay-out to farmers: about $12 billion. Then, the Modi government’s universal basic income for marginal farmers has infused another $2.5-3.0 billion into the rural economy.

It is this money, amounting to almost $15 billion, that Indian farmers are investing now, as seen from the spurt in the sales of fertilisers and some other farm inputs. 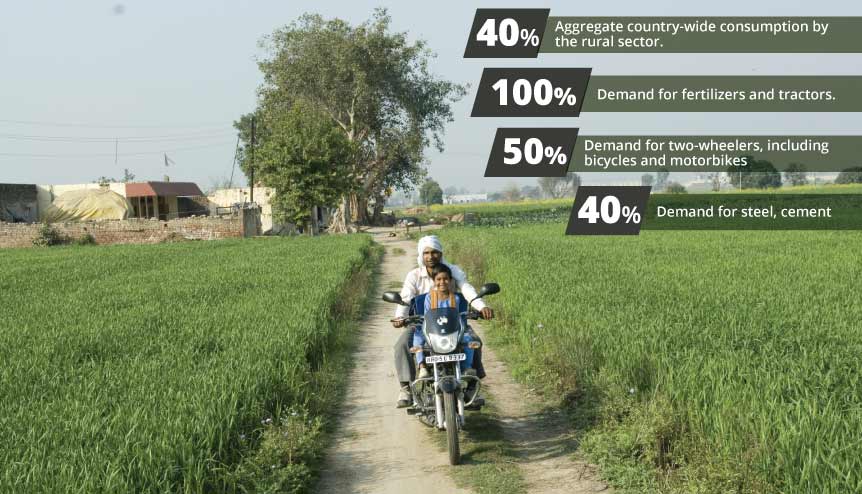 In good news for farmers and India’s policy planners, the Indian Meteorological Department (IMD) has predicted a normal monsoon this year. In the latest update on the progress of the monsoons, which made landfall in the southern state of Kerala on June 1, the IMD said rainfall is likely to be 102 per cent of the long period average (LPA), which is defined as the average rainfall received during the monsoon season across India in the 50-year period between 1951 and 2000. A normal monsoon is defined as one where the rainfall is 96-104 per cent of the LPA. The model has an error margin of ±4 per cent. 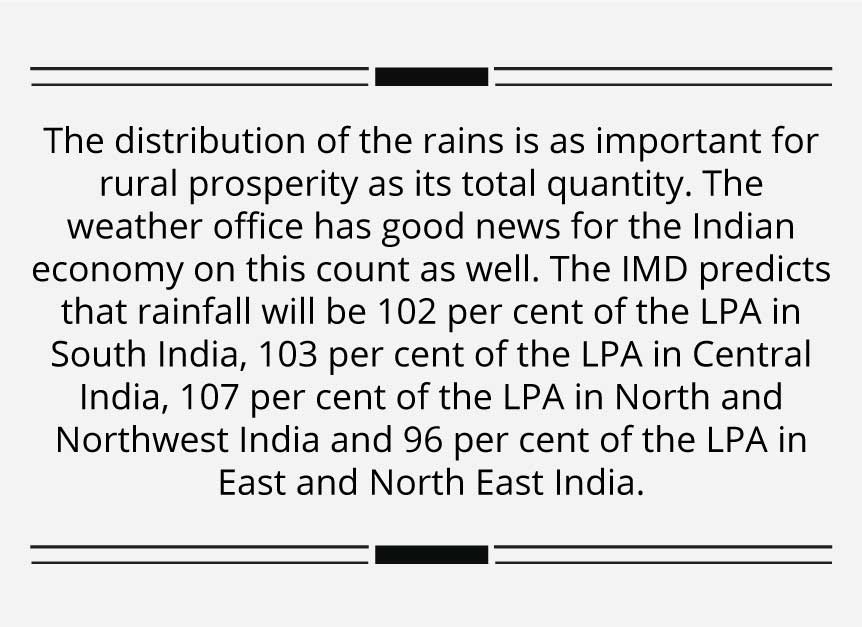 The four-month-long monsoon season from June to September is critical for the Indian economy as a large percentage of Indian farms depend on rains as their only or main source of water. According to the Economic Survey for 2017-18, the farm sector is still very susceptible to the vagaries of nature because as much as 52 per cent of farms have little or no irrigation facilities.

Good monsoon is critical for the economy 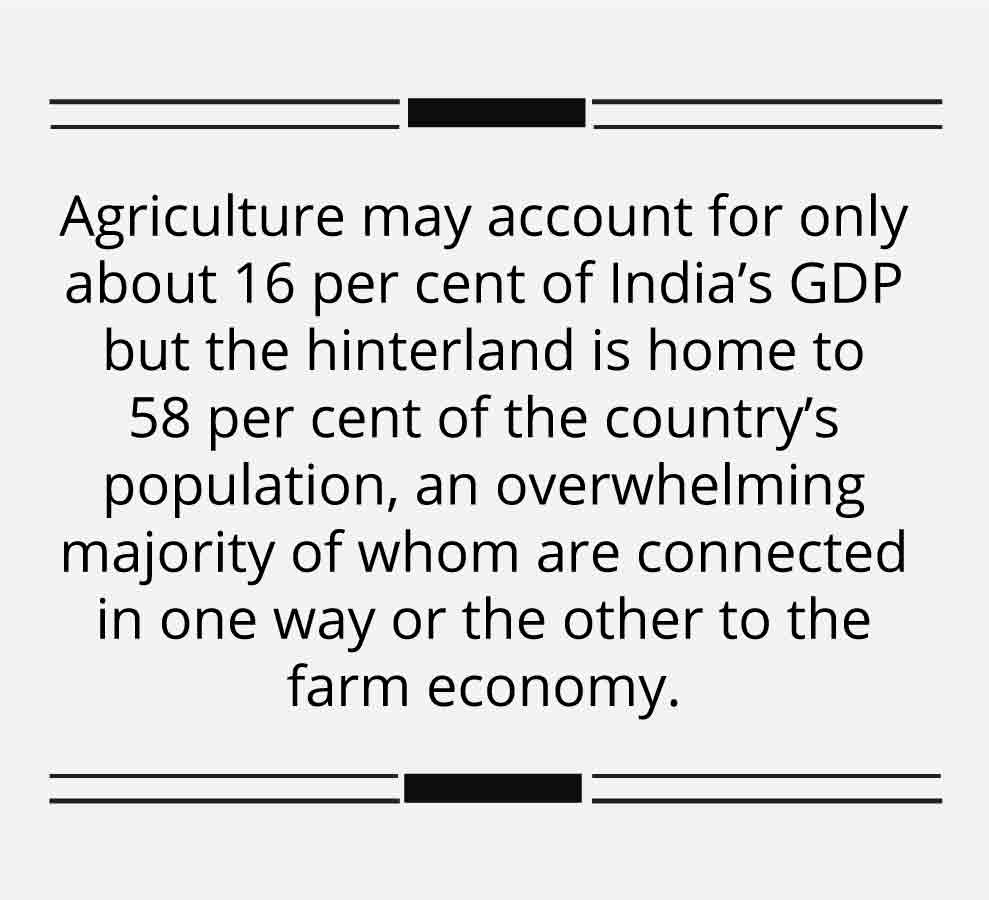 Agriculture may account for only about 16 per cent of India’s GDP but the hinterland is home to 58 per cent of the country’s population, an overwhelming majority of whom are connected in one way or the other to the farm economy.

Taken together with the liberalisation of the farm trade announced by Finance Minister Nirmala Sitharaman last month, these will almost certainly result in farmers and others in rural India having money to spend on consumption items. 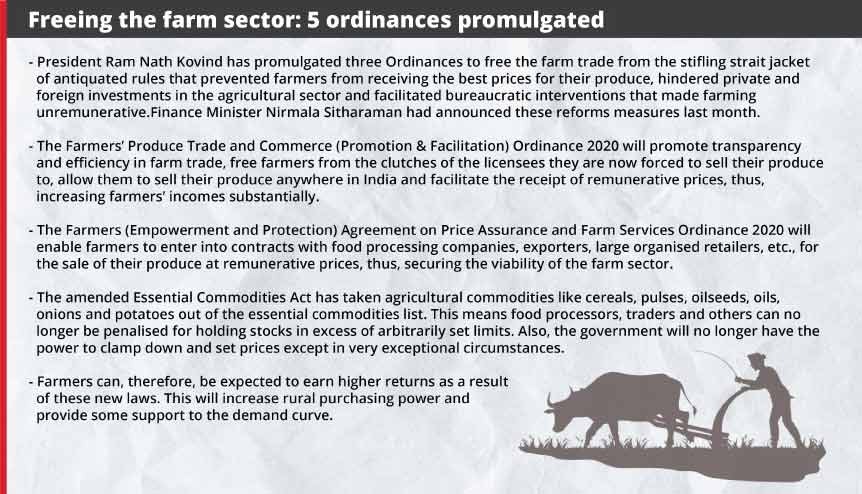 Impact on economy will depend on other factors as well

A bumper harvest this year will shore up India’s sagging demand and consumption curves to some extent. But can it make up completely for an expected slack in urban India and the slowdown in the manufacturing and services sectors?

It’s still too early to make any predictions. That will depend both on the extent of the increase in rural consumption as well as the slippage in urban demand. But one thing’s for certain – the Indian farmer will hold the safety net to stop the economy from stalling.