Skip to content
Exercise is my religion: Skipping Sikh on getting a locked-down nation active

Exercise is my religion: Skipping Sikh on getting a locked-down nation active 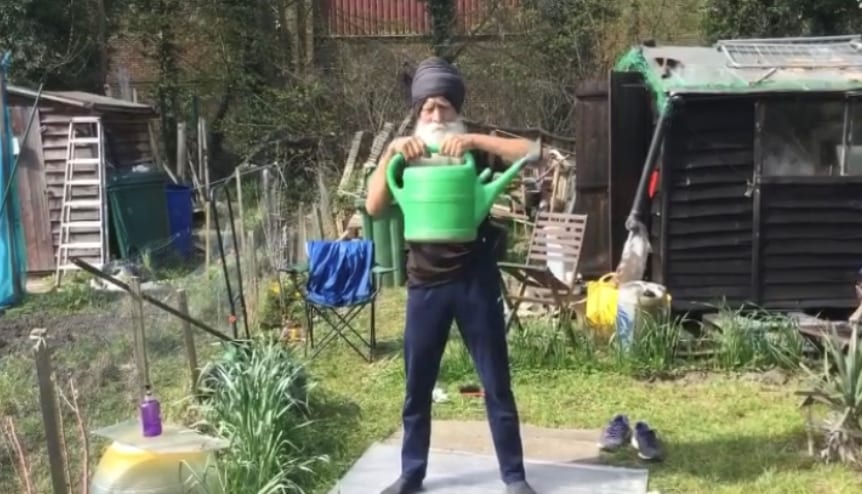 While “PE with Joe” is working on getting the nation up and out of bed every morning in the Covid-19 lockdown, there’s another community 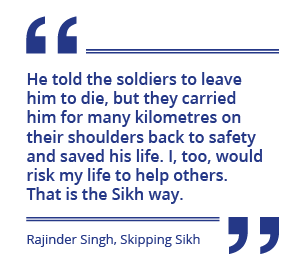 hero that is spreading a strong message of hope through fitness – 73-year-old Rajinder Singh, the Skipping Sikh, has taken social media by storm with his online fitness videos raising money for the coronavirus appeal. He has raised nearly £12,000 for NHS Charities Together, with a message of “health is wealth”.

A humble man with a peaceful disposition, national treasure Singh is on a mission to keep the nation’s spirits high during crisis. Thirty-four minutes into his ‘Beginner’s Skipping Class’ on YouTube, we were shocked and inspired by his stamina and enthusiasm, and ‘iGlobal’ felt compelled to get in touch to find out how he does it. 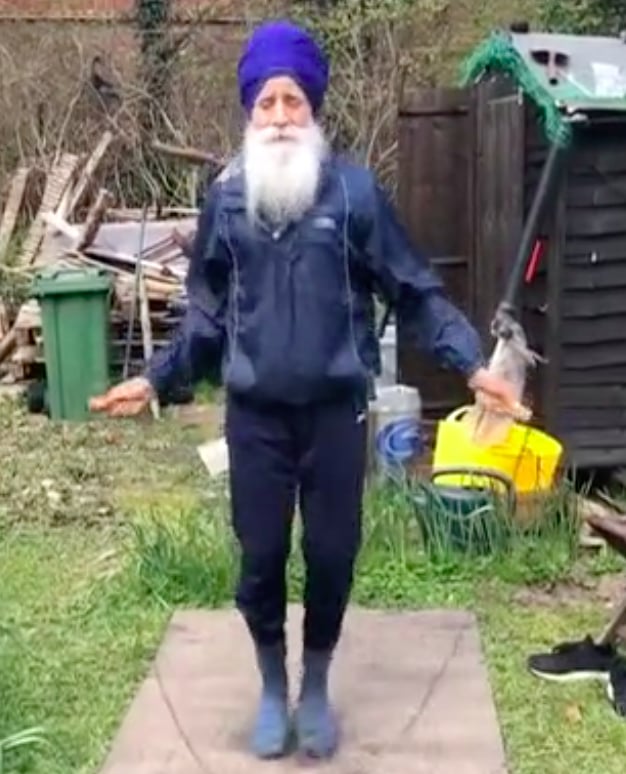 “The man is made of steel,” shares his daughter Minreet Kaur, who accredits his strength of character to his Gur-Sikh way of living, taught to him by his Army officer father back in Punjab.

Singh’s father served in the Indian Army between 1939 and 1946 during World War 2 where he broke both his ankles. “He told the soldiers to leave him to die,” Singh reminisces about his father’s war experience. “But they carried him for many kilometres on their shoulders back to safety and saved his life. I, too, would risk my life to help others. That is the Sikh way.”

“Exercise is a part of my religion,” Singh told us. His father taught him the importance of a disciplined and active lifestyle through farming and exercise. Having never visited a gym, Singh still practises his father’s techniques every day in his allotment and at his home in Hillingdon.

In 1986, when he was informed by telegram of his father’s tragic murder, it was a difficult time for him.

“He wasn’t able to go to India and had to deal with the death from a distance but still stayed mentally strong,” recalls Kaur, among other hardships in her father’s life, including as an immigrant to Germany and the UK in the 1970s with no money or support.

When we asked Singh about his resilient attitude, he replied: “Maybe it is in our blood. I think my father and our ancestors are watching over us and blessing us to do more and be something because of their sacrifices.”

“Amritdhari Sikhs meditate, exercise, and practise an honest and truthful life. In the morning when I wake up, the first thing I say is God’s 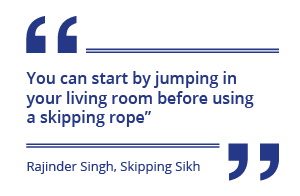 name,” says Singh, as he shares an insight into his daily routine.

Pre-lockdown, his days included 5k park runs and sewa at his local gurdwara. “Anything can be sewa, even picking up litter from the bus and placing it in the bin, as long as you are looking after the world,” he explains.

Over the last two months, he has found new and innovative ways of maintaining his commitment to a routine and his community. When Singh’s local gurdwara asked him to create a short exercise video to encourage the elderly to stay active during lockdown, he didn’t expect to receive such a warm and viral reception.

“You can start by jumping in your living room before using a skipping rope,” Singh shares tips on exercising indoors. “It is hard, but we must keep moving to stay positive.”

Skipping Sikh’s challenge to you: Join me, get skipping, get walking, get running, get active and post your videos tagged with #SkippingSikh on all social media.