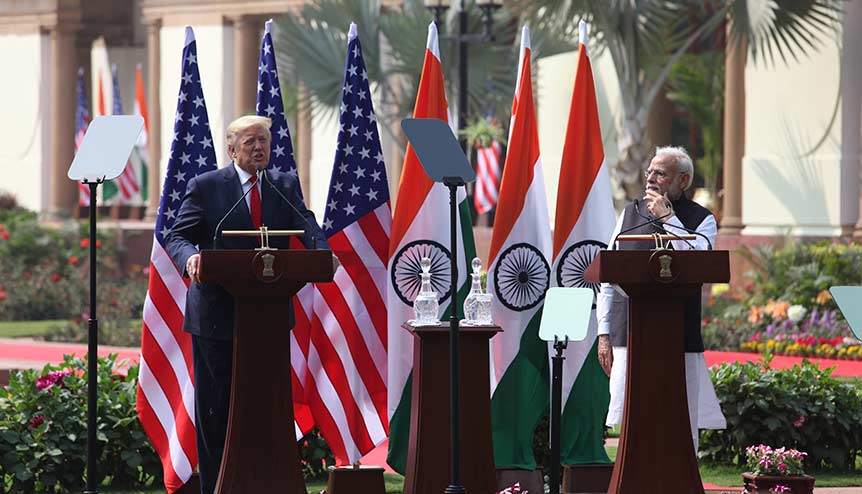 The broad bipartisan support for closer strategic and economic ties with India means that on the face of it Trump or Biden will be equally good (or bad) for India. However, with wider geo-political issues at stake and the huge influence that Indian American voters could have on the outcome in swing states, the race to the White House is far more important for India Inc. than ever before, writes India Inc Founder and CEO Manoj Ladwa.

So, who will be better for India – Donald Trump or Joe Biden? The opinion seems pretty evenly divided. Much of the support for Trump has to do with his alignment with India on the question of terrorism backed by Pakistan and a heightened suspicion in India about China. Biden, I suspect, still commands the loyalty of many Indians who have traditionally backed the Democratic Party, especially younger Indian American voters.

Indian American diaspora in the US can swing the elections

The 1.5 million Indian Americans who are registered voters in the US count for a lot this time. As one of the most educated and among the richest ethnic groups in the US, they are being assiduously wooed by both Republicans and Democrats. That’s because their vote and possible en bloc support for one or the other candidate in some key battleground states could swing this election. It’s as important and as dramatic as that.

Though it will be incorrect to say their voting preferences will be determined solely by a candidate’s position on issues relating to India, it is undeniable that this will be high, especially in the elder more connected to India generation, among several other local and personal considerations that will influence their political preference in the November election.

As one of the most educated and among the richest ethnic groups in the US, the 1.5 million Indian diaspora in the US will play a pivotal role in swinging the vote.

This election is particularly important for India and Indian businesses. The US-China trade war and subsequent tensions over the Covid-19 pandemic and other issues have prompted many American companies to look for alternatives to China. This gives India a very small window to attract billions of dollars’ worth of FDI from US and other companies that are now looking for alternate investment locations.

This also offers Indian companies a golden opportunity to quickly become part of the global value chain as suppliers of a host of finished or intermediate goods to US multinationals. Micro, small and medium enterprises (MSMEs) in India can also gain big time by joining these value chains as components suppliers.

But simmering trade tensions and threats of possibly higher tariffs on India’s exports to the US will remain a pain point, until they are resolved, hopefully in the not too distant future. The Trump administration has increased customs duties on Indian steel and aluminium exports by 25 per cent and 10 per cent, respectively, and this is hurting both sectors. Then, the US trade deficit with India, though down from its peak of $24 billion in 2015, was still relatively high at $16.85 billion in 2019. This figure is like a red rag to many US decision makers and will remain a key barrier to easier entry for Indian goods and services into the US. 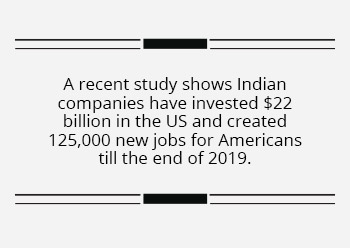 Immigration of professionals from India – and the suspension of H1B visas, that US and Indian technology companies mainly use, for six months – is another pain point and I’ll come that shortly but simmering tensions over trade will have to be resolved expeditiously for the two countries to fully realise the potential of their bilateral relationship.

That said, a recent study by the Confederation of Indian Industry (CII), a leading Indian business forum, shows Indian companies have invested $22 billion in the US and created 125,000 new jobs for Americans till the end of 2019. But continued easy access to the US market will depend to a large extent on the goodwill of the US government. 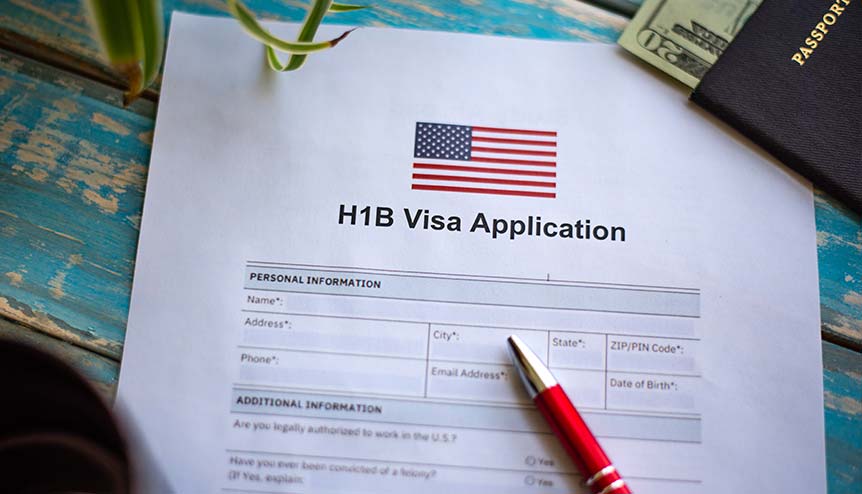 The suspension of H1B visas, that US and Indian technology companies mainly use, for six months remains a pain point in the bilateral trade relationship.

That brings me back to the question I began with: Which side will be better for India? The short answer to this, I feel, is: Both! As the roll call of US politicians at last year’s Howdy Modi rally in Houston showed, despite President Trump obviously getting the star billing, both Democrats and Republicans value the Indian vote and will walk the extra mile to try and grab it.

That’s because mature countries have interests, not friends; and mature candidates follow policies that are best for their country. India enjoys wide bipartisan support in the US. Trump has professed his love for India on several occasions, including during the 2016 campaign when he declared, with an eye on the Indian American vote, that a Trump White House would be India’s best friend.

Not to be left behind, Biden and his Indian American (also African American) running mate Kamala Harris have moved on from their past critical comments about India and have spoken glowingly about India since officially winning the Democratic ticket. Like Trump, the Biden camp, too, sees China as the US’s main geo-political challenge, and India as one of the main bulwarks against Chinese hegemony in Asia.

Then, on immigration, Biden has promised a liberal approach to issuing visas and has committed to reversing the current administration’s hard-line policies on the issue. And despite his tough stance on H1B and L-1 visas, which has adversely impacted India’s (and America’s) IT sector, Trump has promised a points-based system that many Indian analysts feel could benefit educated Indians even though less qualified Indians may feel hard done by. 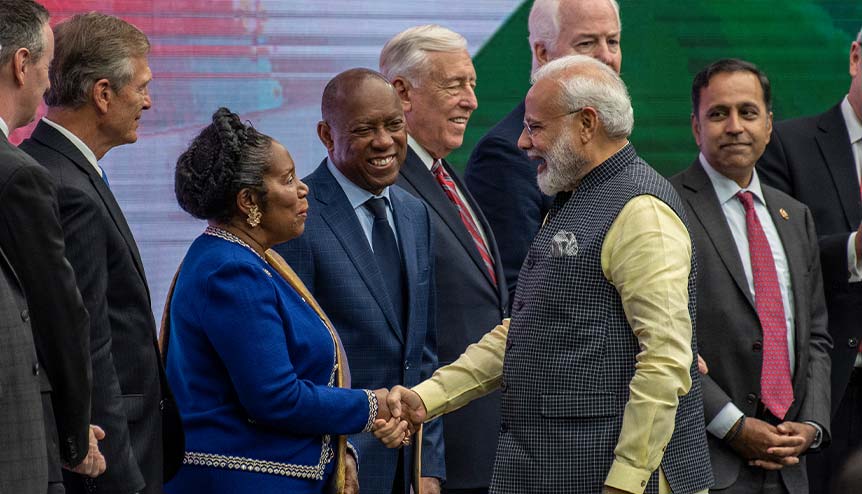 Indian Prime Minster Narendra Modi is greeted by U.S. Rep. Sheila Jackson Lee (D-TX) onstage at NRG Stadium during a rally on September 22, 2019 in Houston, Texas. The rally demonstrated that both Democrats and Republicans value the Indian vote and will walk the extra mile to try and grab it.

On other matters like freedom of navigation in the Indo Pacific and in the South China Sea and on the importance of the Quad – comprising India, the US, Japan and Australia – and on fighting terrorism, there is a broad bipartisan consensus in the US.

We don’t yet have any details of Biden’s views on trade, but with a “quick trade deal” on 50-100 items likely to be signed in the near future, the path seems paved for the comprehensive trade pact that has been held up for more than a year.

India-US ties based on shared interests, not personal ideologies
So, regardless of who wins the race for the White House, the 21st century-defining partnership between India and the US will continue to grow.