From a distant outpost to strategic Act East partners 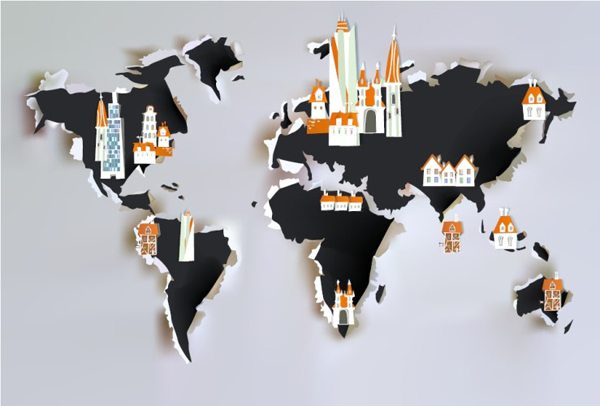 India’s rising global profile, its increasing integration into the global economy and expanding geo-political interests are changing the profile of ANZ – from a distant outpost somewhere in the southern hemisphere with hard to beat cricketers and harder to understand accents, these countries have suddenly emerged as important economic, strategic and military partners in India’s Act East initiative.

Australia and New Zealand (ANZ) have, traditionally, figured in the Indian consciousness only during cricket matches. Most Indians aren’t very clear about whether Australians and New Zealanders are Europeans, Asians or part of a completely different continent. Distance, lack of much people-to-people connections and the absence of robust political ties have traditionally kept ANZ out of the limelight in India.

But India’s rising global profile, its increasing integration into the global economy and expanding geo-political interests are changing the profile of ANZ – from a distant outpost somewhere in the southern hemisphere with hard to beat cricketers and harder to understand accents, these countries have suddenly emerged as important economic, strategic and military partners in India’s Act East initiative.

Three issues are mainly responsible for bringing ANZ from beyond the periphery to the centre of India’s collective consciousness. They are:

Punching below their weight

India mainly imports coal, copper ore, agricultural goods and gold from Australia and exports jewellery, textiles, pharmaceuticals and IT services. In addition, more than a 100,000 Indian students study in Australia, contributing about (US) $1.6 billion to the local economy.

However, coal imports from Australia have been declining and are expected to cease completely by next year as Coal India, the world’s largest coal miner, ramps up supplies and privately held captive mines begin production. Coal Minister Piyush Goyal has set CIL a production target of one billion tonnes, double its current level, by 2019.

The talks, which are at a fairly advanced stage, are aimed at easing trade in goods and services, removing non-tariff barriers and boosting investment flows between the two countries. This pact is not likely to have any impact on the Adani Group’s much delayed (US) $16.5 billion Carmichael mine project.

Finance Minister Arun Jaitley has said in Australia that there is great scope for increasing bilateral trade between the countries and that the two governments will take steps to tap that potential.

India has traditionally been wary of security agreements with western powers. Indian strategic planners have grit their teeth in despair as the political leadership of country chose to turn a blind eye to grave provocations by the China.

That position has changed dramatically since Narendra Modi came to power in May 2014. The first indication of this came during US President Barack Obama’s visit to India. The joint statement issued at the end of the visit flagged the mutual Indo-US concern at China’s military muscle flexing in the disputed South China Sea.

The US and Japan are believed to be keen on a quadrilateral US-Japan-Australia-India alliance, or, in the absence of a formal pact, even an understanding on jointly countering the Chinese threat. The Modi government has so far played its cards close to its chest but analysts feel the government may not be averse to any strategy that strengthens India’s hand vis-a-vis China.

International relations experts say there exists considerable opportunities for defence and maritime security cooperation between New Delhi and Canberra, especially as both countries now use several items of military hardware sourced from the US, Israel and the UK.

Modi and his Australian counterpart Tony Abbot signed a defence cooperation deal in November 2014. “This is a natural partnership emerging from our shared values and interests and strategic maritime locations…Security and defence are important and growing areas of the new India-Australia partnership for advancing regional peace and stability and combating terrorism and transnational crimes,” he told the Australian Parliament. 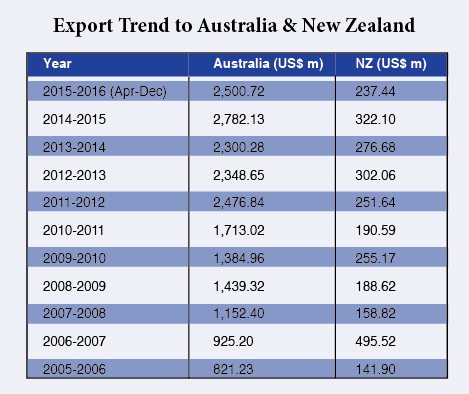 Indo-Australian relations, which suffered a downturn when then Australian Prime Minister Kevin Rudd, a Sinophile, backed out of an assurance given by his predecessor John Howard to supply uranium to India, has returned to an even keel as Julia Gillard, who followed Rudd as premier, decided to go ahead and honour Howard’s pledge.

Last year, India and Australia signed a historic agreement for the supply of Australian uranium for India’s nuclear reactors. Australia has 40 per cent of the world’s uranium reserves but till this agreement, has not exported this rare element to any country that is not a signatory to the Nuclear Non-Proliferation Treaty (NPT) and the Comprehensive Test Ban Treaty (CTBT). This show of confidence by Australia is expected to bring the two countries much closer.

India, which currently produces about 5,000 MW of power from nuclear energy plans to increase this to 63,000 MW by 2032. It proposes to set up 30 new reactors, mainly from the US, Japan, France and Russia, at a cost of $85 billion. The deal with Australian will ensure uninterrupted uranium supply for these reactors.

Australia and New Zealand have emerged as a new and attractive destination for Indian students to pursue graduate and post-graduate education. Traditional higher education providers like the US and the UK have become prohibitively expensive. These countries also have strict visa and other entry requirements.

ANZ has emerged as a viable alternative destination for an increasingly large number of Indian students. The attractions are obvious: they too have world class universities, have an Anglophile culture that Indians are comfortable with and most importantly, cost a lot less than the US and the UK.

As these students return home and take up increasingly senior-level assignments in India, the groundswell of support for greater engagement with these countries will grow.’

And that can only be good for the long-term.

Arnab Mitra is Consulting editor, India Inc. He writes on business and politics.