Skip to content
Disruptive tech is innovating for small farmers 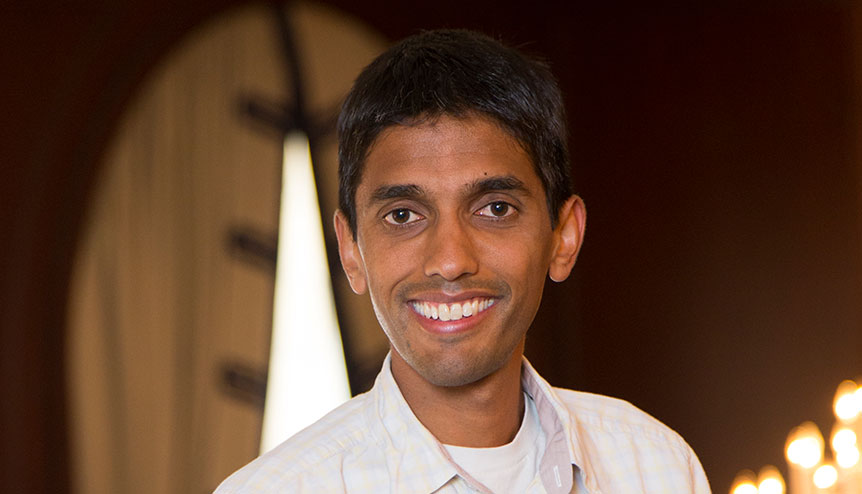 People-based systems, technology and data can have a significant impact on agricultural development, says an agtech entrepreneur.

While the tech-savvy urban India is reaping the benefits of online courses to upskill themselves and buy groceries on the Internet, a quiet revolution is underway in its rural centres as well.

In a country such as India, while dependent on agriculture on a massive scale, agricultural practices are often influenced by traditional practices and farmers’ collective wisdom. This coupled with the effects of climate change, crop diseases and pests do not necessarily translate to optimal productivity and resource management. Thus, most small and marginal farmers, especially the youth, understandably, no longer view farming as a sustainable livelihood source.

Over a decade ago, while working with Microsoft Research lab in Bangalore, we were looking at technologies for emerging countries in sectors such as microfinance, education, agriculture and studying how technology can be used to improve the lives of people.

In agriculture, we observed that the traditional top-down approach to extension services in low and middle-income countries involves scattered and infrequent visits by extension agents disseminating dated and generic information. We built upon an idea of using short, localised videos made by the community to educate the farmers on scientific methods of farming, which would help them increase their yield resulting in prosperity. In a controlled trial, we found that the approach was 10 times more cost-effective, per rupee spent, than a conventional extension system. Key success factors were the videos’ highly-localised content, human mediation to reinforce key messages, use of data and feedback to refine messages, and capacity building that strengthens, not replaces, existing extension systems.

In 2008, we became an independent non-profit – Digital Green – the first non-profit spin-off from Microsoft Research and have since then partnered over 50 organisations across nearly 20 countries in Asia and Africa, including both implementing partners and research and technology. We also saw that effective reallocation of existing funds earmarked for agriculture extension for digitisation by Governments can help achieve scale in a shorter period of time and with quality.

Since 2012, we have partnered with the Government of India’s National Rural Livelihoods Mission (NRLM) and its state-level counterparts to train over 15,000 frontline workers to use our approach, promoting improved agriculture and nutrition practices to over 1 million smallholder farmers. In Ethiopia, our partnership with the Ministry of Agriculture (MoA) has reached over 420,000 farmers, they are now scaling up digital extension activities in an additional 29 woredas, with an aim to reach another 2.2 million farmers and the human-mediated, community-video approach has been incorporated into the country’s National Agricultural Extension Strategy.

Today, with the fast-paced evolution of technology, internet and mobile, India is witnessing the growth of a vibrant ‘Agtech sector’ that is introducing a disruptive transformation in how farmers are practising their craft.

Earlier, while most agtech innovations used to focus on large industrial farms, several new solutions are now focusing on smallholders (cultivating on less than 2 hectares of land).

At Digital Green, we’ve been testing the application of different technologies such as interactive voice response (IVR) systems and drone-based hyperspectral aerial imagery, to both reinforce what farmers are learning through videos, and to deliver more localised, timely, and useful advisories to them. Our aim is to scale the innovations that show the most promise for improving smallholder farmers’ livelihoods.

The most exciting part of our work currently is a system we call ‘FarmStack’. We envision it to be a system that integrates farm-level data, market services and communication channels through which organisations (NGOs, private firms, government and private extension service providers) can share data securely and translate it into timely and actionable information for the farmers.

The high degree of variability and the large pool of tech talent available in India enables us to test prototypes at a relatively quick pace and develop a model for future growth.

Through such people-based systems, technology and data can have a significant impact on agricultural development, as it can affect the aspirations of farmers, especially the youth, themselves. On a small scale, it can mean higher incomes and healthier families. On a large scale, it can mean more resilience, higher productivity and better lives.

We’re excited about a future where smallholder farmers around the world can make better decisions for themselves and their families and hope to enable them to see agriculture as a source of prosperity rather than a vocation of last resort.

Rikin Gandhi is the Co-Founder & Executive Director of Digital Green.

About the Author: Rikin Gandhi