Delivery vs Denial: Modi and Trump on climate change

Delivery vs Denial: Modi and Trump on climate change 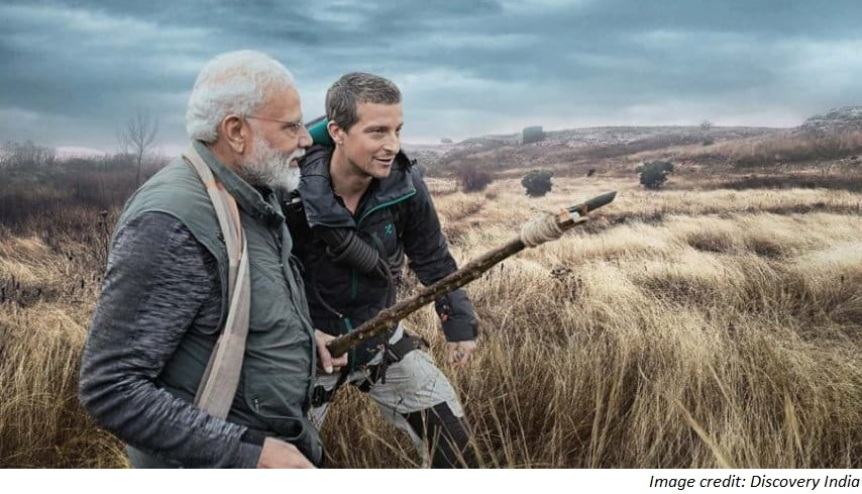 Away from the raging debates over the state of the Indian economy, there’s another issue that is attracting a lot of attention in India. A 45-second promo of ‘Man vs Wild’, a popular show on the Discovery Channel on the importance of protecting wildlife and the environment, has become the topic of choice in the country’s drawing rooms.

It came as a pleasant surprise to many to see Modi take time off from weighty matters of state to spread awareness about the environment, but it shouldn’t have. Modi has always displayed a brand of leadership that is distinctly different from that of most others – and it has always been informed by a strong commitment to the environment and to the cause of mitigating climate change.

Incidentally, the promo was released on a day when it was announced that India’s tiger conservation effort between 2014 and 2018 (overlapping with Modi’s first term as Prime Minister) had met with tremendous success, with the population of tigers in the wild rising 33 per cent from 2,226 to 2,967, making India home to 75 per cent of all such big cats in the wild.

Leadership with a difference

The Indian PM played a big part in salvaging the Paris climate talks after US President Donald Trump unilaterally walked out of it, denying that climate change was even a valid concern. At that time, Modi was the only big leader who walked the talk on the issue, committing India to a target of 175 GW of renewable energy by 2022.

And, along with then French President Francois Hollande, Modi took the initiative to launch the International Solar Alliance (ISA), a treaty-based multilateral organisation comprising of 122 countries that lie between the Tropic of Cancer and the Tropic of Capricorn. The goal: expand the efficient use of solar energy around the world with the aim of reducing dependence on fossil fuels in order to reduce global warming and arrest and reverse the impact of climate change.

This initiative was first proposed by Modi in a speech in November 2015 at London’s Wembley Stadium in which he referred to sunshine countries as Suryaputra (“Sons of the Sun”). The ISA is the largest grouping of states in any organisation apart from the United Nations.

In fact, Modi was the first leader in Asia to establish a ministry dedicated to tackling climate change when he was chief minister of Gujarat. Famously, Modi was once asked whether he felt pressure from other nations to address climate change, to which he quipped: “There is a pressure of a different kind, the pressure of what kind of legacy we want to leave for our future generations. Global warming is a pressure… We understand this pressure and we are responding to it.”

Modi’s bold initiative and green leadership stands out in a bleak global scenario marked by climate change denial in some important countries. As mentioned above, Trump’s US administration has refused to even acknowledge that climate change is at all an, let alone the most important, issue facing humanity.

He has recently dismissed the spectre of global warming as a “hoax” invented by China and has even gone to the extent of saying that wind turbines cause cancer. The US President also made a dubious claim that the US has some of the world’s cleanest air and water. Incorrectly citing a cut in carbon dioxide emissions in the US, he bragged: “Every single one of the signatories to the Paris climate accord lags behind America.”

The facts: Last year, emission levels in the US increased and US policies are expected to make future reductions less likely. According to a report by the Union of Concerned Scientists, the United States is the world’s second-largest polluter after China, and contributes 15 per cent of global CO2 emissions. China emits 27 per cent, the EU 10 per cent and India 6 per cent.

The scenario is just as bad in other regions, most notably in western Europe, Asia and South America notwithstanding former UK Prime Minister Theresa May’s brave commitment to reduce Britain’s net carbon emission levels down to zero by 2050, making the UK the first major economy to do so. It is no surprise then that it is the UK that India has aligned with to co-launch a Global Coalition on Disaster Resilience at the UN General Assembly in September. This marks Modi’s second major global initiative on the lines of the solar alliance.

May’s action is a rare instance of a global leader showing political will to take a decisive decision on climate change but studies have shown that pledges made by most countries under the Paris Climate Change Agreement in 2015 will not suffice to keep temperatures within 2 degrees Celsius below pre-industrial levels. The Intergovernmental Panel on Climate Change (IPCC) estimates that we will have to progressively reduce our dependence on fossil fuels and completely phase it out by 2050 to keep temperature increase below 1.5 degrees Celsius.

In such a scenario, it will take a leader like Modi, with both domestic political capital and international diplomatic goodwill, who can provide the decisive leadership required to meet this ambitious climate goal.