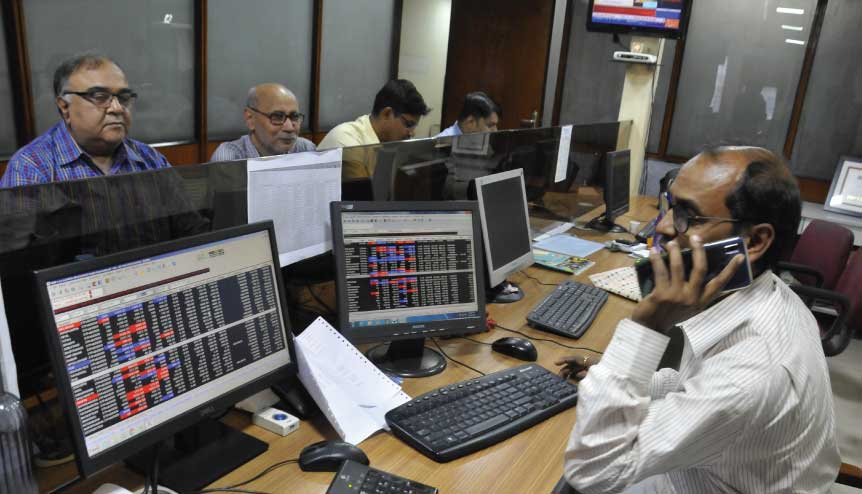 Nilesh Shah is the CEO of Kotak AMC and one of India’s most respected and sought after investment gurus. He also advises the Prime Minister and the government on economic and related matters. In this exclusive interview he discusses investment strategies and what is required to put India back on the high growth trajectory in the post-Covid world.

Indian stock markets have a challenge on their hands to perform. Foreign investors, in particular, have been selling heavily. Why are they selling and what is your message to them?

We have seen medical crises, we have seen financial crises; but it is after a century that we are seeing a medical crisis creating an economic crisis and that is being reflected in the financial markets. It’s a perfect storm and investors are becoming risk averse. It is this risk aversion across emerging markets that is prompting investors to pull out in favour of the relative safety of US Treasuries or other such securities.

Many NRIs and others living abroad now invest in Indian markets. What kind of strategy would you advise them to adopt? 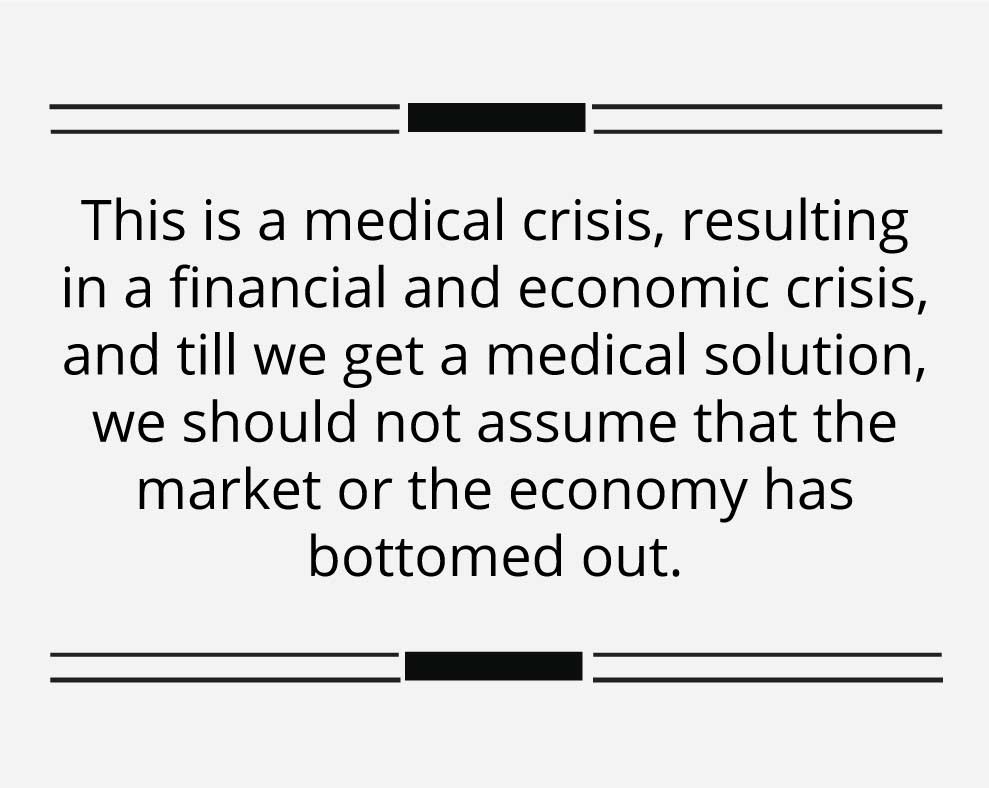 Wherever they invest they must take Rupee depreciation into account. Secondly, in India, their first preference seems to be real estate. Here, they must deal with the right kind of developer and invest in a property that is either completed or likely to get completed and not get stuck.

On the fixed income side, depending on their taxation structure, they can invest in FCNR(B) or NRO structures. The third option is equity. My recommendation is to be a disciplined investor. Invest through the ups and down of the market rather than only when the market looks set to give great returns and I’m sure Indian equities will outperform the returns they can get in the developed world.

Do you think the Indian market has bottomed out? And is this the right time for retail investors to start buying good stocks?

Today, even God doesn’t know when the market will bottom out. The reason why I’m saying this is because of this chart (holds up a hand drawn chart). On the X axis is a medical solution and on the Y axis is the fiscal and monetary stimulus. If a medical solution emerges very early and the fiscal and monetary stimulus is very strong, then our recovery will be V-shaped. In that scenario, I dare say the market has already bottomed out.

In the most unfortunate scenario, where the medical solution is delayed and the fiscal and monetary stimulus is below the requirement of the economy, our recovery will be L-shaped. In this case, we will recover much less. Between V and L, all alphabets come into play – J-shape, W-shape, U-shape – and who know what will happen. This is a medical crisis, resulting in a financial and economic crisis, and till we get a medical solution, we should not assume that the market or the economy has bottomed out.

Many experts have compared this crisis to 1991. They say, like 1991, this could be a turning point in Indian history. Do you agree? What kind of a reforms package does India need to tide through the current crisis? 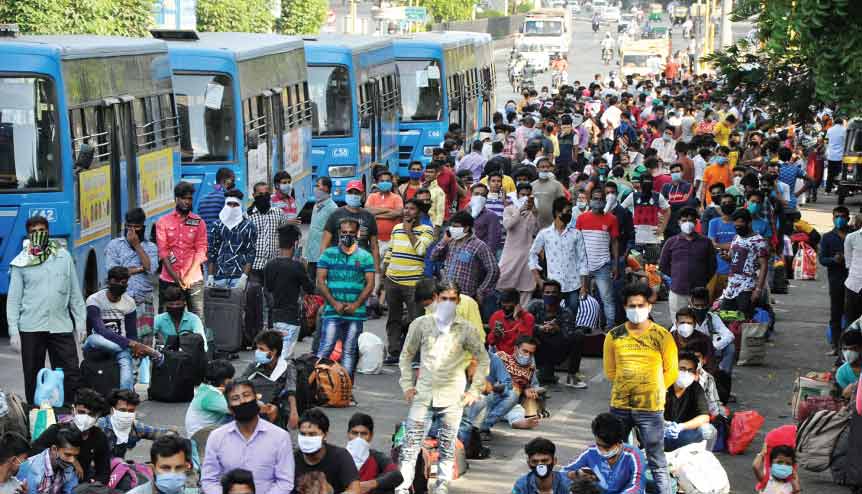 This is definitely a crisis that gives us an opportunity like 1991. However, there is a difference. In 1991 we only had enough foreign exchange reserves to cover 14 days of imports; today, we have foreign exchange reserves that are probably the world’s sixth largest. Secondly, in 1991, we had a problem of higher oil prices, which placed us under huge fiscal pressure. Today, we have the benefit of low oil prices, which gives us a huge fiscal advantage.

Then, we have a local market of 1.36-billion people. So we have to leverage access to this local market to attract companies to come out of China and set up base here. 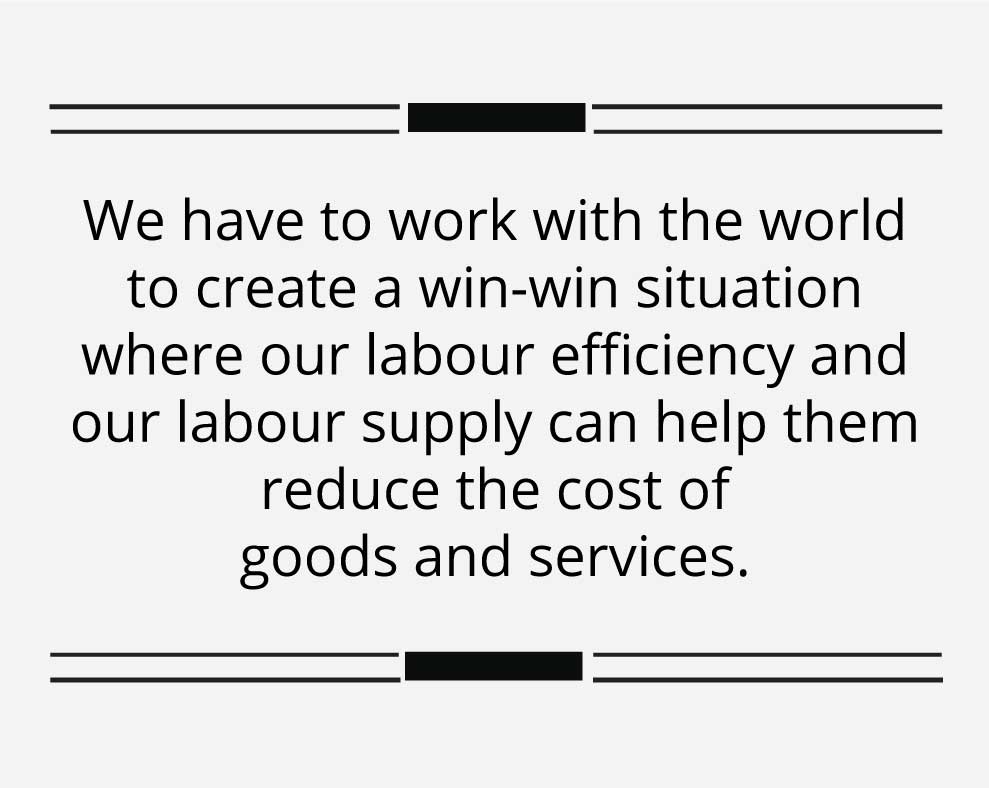 Doing business in India has its own challenges and this where the Central, State and local governments have to work together so that companies that are moving out of China feel welcome in India. For example, when Tata Motors was setting up a motor car factory in eastern India but was facing a lot of problems, it went to Sanand in western India on the basis of an SMS saying “Suswagatam” or welcome. They were able to roll out cars from the Sanand factory in about 18 months as land and power connections were made available easily, infrastructure development happened and environmental approvals came on time. A 24×7 government helpline assisted it to set up that factory as quickly as possible.

We need to replicate that across India. This opportunity is bigger than 1991 and if we capture it we can close the gap with China by a significant margin.

For that to happen the heavy lifting will have to be done by the states. Can they do it? 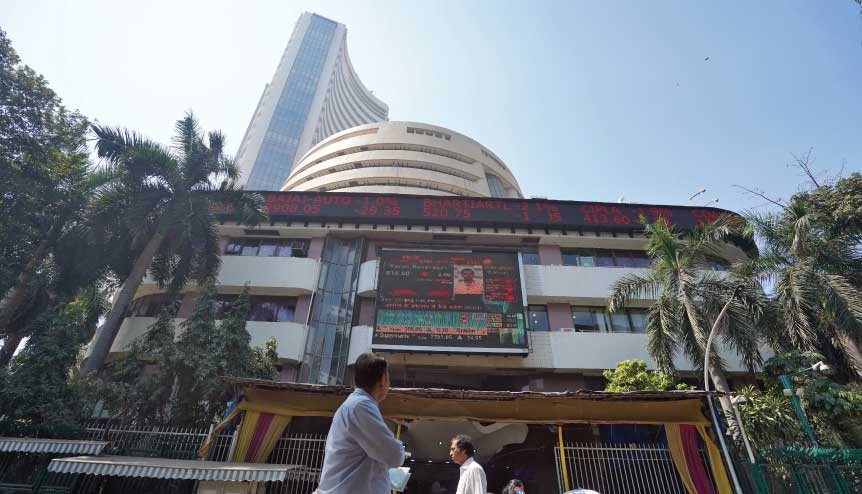 India has a per capita GDP of $2,000. We desire to grow that figure much higher. We have millions of unemployed people. We need to create a million jobs a month to absorb the youth that is entering the labour force. So, this is our best opportunity.

Foreign companies will be happy to come to India because of our local market of 1.36 billion. We will obviously have to treat them like Tata Motors was treated in Sanand. And thirdly, we have to work with the world to create a win-win situation where our labour efficiency and our labour supply can help them reduce the cost of goods and services. What we have done in the IT sector, we have to do in the manufacturing sector.

When do you expect demand and consumption to return to the economy when we can get back to, say, six-seven-eight per cent growth? 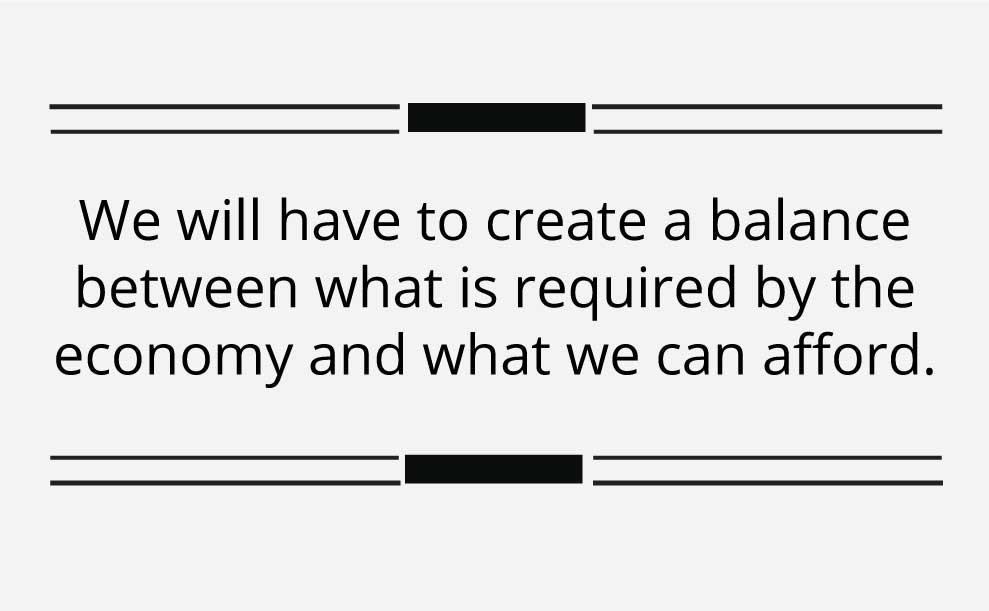 A lot will depend on when the medical solution arrives and what kind of fiscal and monetary stimulus is given. Let me just paint a rosy picture. Today, the Indian economy is benefiting from low oil prices. That will help us save about $40-45 billion. Then, we run a trade deficit of $60-70 billion with China. If we can replace Made in China goods with Made in India goods and take out $30 billion from there, that’s straight away an addition to the Indian economy.

The other support mechanisms required are the monetary stimulus and the fiscal stimulus. Today, most parts of the world have zero or negative interest rates. In India, we still have 10-year government securities going at 6 per cent. Most small and medium enterprises borrow money at low double digit levels. There is a huge scope to cut interest rates. And once we make credit available and cut interest rates, you can very well imagine what will happen to growth.

On the fiscal stimulus side, a country like Italy has twice our debt to GDP ratio and yet, it is spending money to support its ailing economy. We will have to create a balance between what is required by the economy and what we can afford. Finally, we will have to capture foreign capital flows. Our domestic savings rate is about 30 per cent of GDP. That will help us grow at 5-6-7 per cent, but if we augment our domestic savings with foreign capital, we can easily grow at 8-9-10 per cent.

***This interview took place prior to the announcement of the $290-billion stimulus-cum-reforms package by Indian Finance Minister Nirmala Sitharaman.