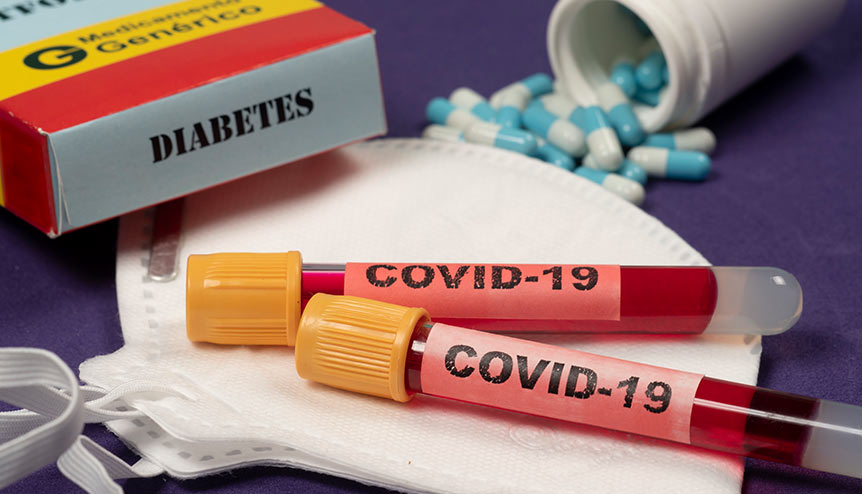 South Asians are at greater risk of dying from Covid-19 once hospitalised and pre-existing diabetes seems to be a significant factor behind this higher death rate, a major new study has revealed.

The ‘Ethnicity and Outcomes from Covid-19’ research, which reiterates similar findings in recent weeks, was conducted at a much wider scale than the previous studies. It involved as many as 27 universities and public health organisations across the UK and 30,693 people admitted to 260 hospitals in England, Scotland and Wales during the peak of the pandemic between February and May. The expert analysis found that the South Asian ethnic group was most vulnerable to the coronavirus and the findings have been passed on to the UK government’s Scientific Advisory Group for Emergencies (SAGE).

“South Asians are at greater risk of dying, due at least in part to a higher prevalence of pre-existing diabetes,” notes the paper, made available online ahead of its publication in the ‘Lancet’.

“Ethnic Minorities in hospital with Covid-19 were more likely to be admitted to critical care and receive IMV [invasive mechanical ventilation] than Whites, despite similar disease severity on admission, similar duration of symptoms, and being younger with fewer comorbidities,” it said.

Comorbidities refer to more than one disease or condition in the same person at the same time, often chronic or long-term conditions such as diabetes and dementia.

Within the study group, ethnic minorities were younger and more likely to have diabetes (type 1/type 2) but had fewer other comorbidities such as chronic heart disease or dementia than the white ethnic group. No difference was seen between ethnic groups in the time from symptom onset to hospital admission, nor in illness severity at the time of hospitalisation, the study found.

“South Asian people look very different in hospital to other groups, in particular, white people,” said Dr Ewen Harrison, professor of surgery and data science at the University of Edinburgh, who led the study.

“They’re younger, 12 years younger in average, less likely to have pre-existing conditions such as lung disease, dementia or obesity but much more likely to have diabetes. In fact 40 per cent of the South Asians in hospital with Covid-19 have diabetes, we think this is quite a significant contributor to their increased likelihood of death,” he said.

People of South Asian origin were also 28 per cent more likely to be admitted to critical care.

The latest findings come alongside further Office for National Statistics (ONS) data, which also highlights ethnicity as well as religious variations in the impact of the coronavirus pandemic. In its analysis of data between March and May, the ONS found that males of Indian ethnic background had a 1.6 times higher rate of death involving Covid-19 than white males once region, population density socio-demographic and household characteristics were accounted for. In its religion-based analysis, it found that the highest age-standardised mortality rates of death involving Covid-19 were in the Muslim religious group, followed by Jewish, Hindu and Sikh also showing higher mortality rates than other groups.

“The risk of death involving Covid-19 varies across religious groups, with those identifying as Muslims, Jewish, Hindu and Sikh showing a higher rate of death than other groups,” said Nick Stripe, Head of Health Analysis and Life Events at the ONS.

“Significant differences also remain for Bangladeshi, Pakistani and Indian men. The ONS will continue to research this unexplained increased risk of death, examining the impact of other health conditions,” he said.

A UK government-initiated inquiry led by Public Health England (PHE) had uncovered disparities in the death rates from Covid-19 faced by black, Asian and minority ethnic (BAME) groups and a follow-up review had concluded that historic racism was among the factors behind the disproportionate impact on some groups. Several doctors’ associations and equality groups have called for urgent measures to address the disparity, including additional support for BAME staff at workplaces.

“Our view as a profession, and my view, is that we’ve had enough reports, we’ve had enough reviews, we’ve had previous commissions. We know what the problems are. What we now need is an action plan,” Dr Chaand Nagpaul, the Council Chair of the British Medical Association (BMA), told a House of Commons Women and Equalities Committee hearing this week.

The BMA says it wants action on the PHE review recommendations, which include culturally sensitive education and prevention campaigns and health messages and for the government to ensure that Covid-19 recovery strategies actively address inequalities to create long-term change.