Skip to content
The counter-balance within a volatile landscape

The counter-balance within a volatile landscape

Arun Jaitley significantly ramped up India’s ties with Japan in one of his last major foreign visits before handing over the defence portfolio to Cabinet colleague Nirmala Sitharaman.

India’s outgoing defence minister, Arun Jaitley, left no doubts about India’s close ties with its neighbour Japan during a recently concluded tour of the country in early September.

The bilateral Defence Ministerial Meeting in Tokyo saw Jaitley and his Japanese counterpart, Itsunori Onodera, clinch a range of significant tie-ups in the field of defence cooperation, combat exercises and exchanges and counter-terrorism. The significant ramping up of ties is undoubtedly being viewed as a counter-balance to the increasingly volatile situation in the region, with India’s continued tensions with China over Doklam and North Korea’s increasingly belligerent overtures with missile tests.

“The ministers exchanged views and ideas with the aim to further strengthen defence and security cooperation under the framework of the Japan-lndia Special Strategic and Global Partnership,” reads the joint statement issued by the two ministers at the end of the summit, which marked a precursor to the visit of Japanese premier Shinzo Abe to India later in September.

India and Japan committed to encourage equipment collaboration, including defence and dual-use technologies. India plans to acquire the US-2 ShinMaywa aircraft from Japan for its Navy, a move which has been irking China. The two sides have also agreed on greater counter-terror cooperation, besides deepening engagement among all units of the armed forces in both countries.

A so-called “constructive engagement” between the Acquisition, Technology and Logistic Agency (ATLA) and India’s Defence Research and Development Organisation (DRDO) will commence technical discussions for research collaboration in the areas of Unmanned Ground Vehicles (UGVs) and Robotics.

Jaitley was also inevitably banging the Make in India drum and briefed the Japanese side on India’s recent policy reforms in the defence manufacturing sectors, which offer opportunities for foreign industries to play an active role.

According to the joint statement: “The two sides will consider inclusion of Anti-Submarine Warfare (ASW) training to expand cooperation. In addition, the ministers agreed to pursue exchanges and training by ASW aviation units such as P-3C.”

India is concerned about the increasing presence of Chinese nuclear submarines in the Indian Ocean, while China lays claim to the Senkaku Islands, a group of uninhabited islands currently controlled by Japan in the East China Sea.

Over the last few years, India, Japan and the United States have brought together their respective Navies to form a Naval alliance of sorts against the might of the Chinese. All three challenge China’s claims to the South China Sea, with each side stressing the importance of freedom of navigation in the disputed region. 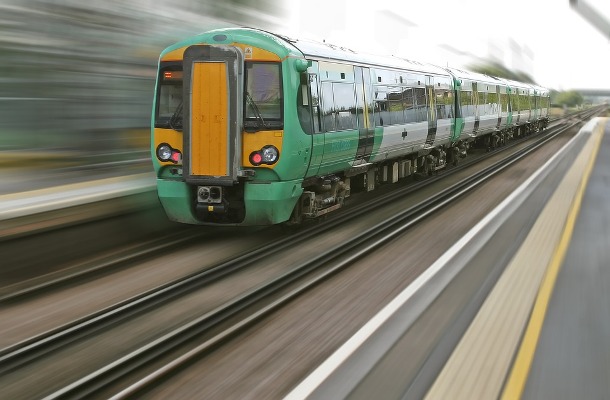 The counter-balance within a volatile landscape

India-Japan ties received a boost with the visit of Indian Prime Minister Narendra Modi last November, when both sides had decided to ramp up bilateral defence and security cooperation. Abe’s upcoming visit to India is expected to further enhance this momentum.

The Abe-Modi talks would be the first major opportunity for Japan to share its concerns on the North Korean developments with India.

He said: “Our national security environment has been drastically changed since the crisis in the Korean peninsula escalated. Under the present conditions, Japanese self defence forces may consider acquiring Inter-Continental Ballistic Missiles and cruise missiles to deal with the threat we are facing.

“We are demanding total rollback of the nuclear facilities of North Korea.”

The Abe visit to India will see the launch of an Asia-Africa Growth Corridor (AAGC), an initiative seen as a welcome alternative to China’s One-Belt-One-Road (OBOR). The premiers of both countries are set to outline the vision for the AAGC, widely acknowledged as an attempt to balance Beijing’s efforts to expand its geopolitical influence in Asia and Africa, particularly through the OBOR cross-continental connectivity initiative.

India has been vocal in its opposition to the China-Pakistan Economic Corridor (CPEC), the flagship project under OBOR which proposes to pass through Pakistan-occupied Kashmir – something Delhi views as an infringement of sovereignty.

Tokyo, meanwhile, while participating in the OBOR Summit, had adopted a cautious approach. Its own troubled ties with China over territorial matters has cast a shadow over its participation in the OBOR initiative, which is also being criticised for putting the smaller participating nations at the risk of being caught in a debt trap.

It is against this backdrop, that the ramping up of Indo-Japanese collaboration could prove a counter-balancing move for the region.

About the Author: Manoj