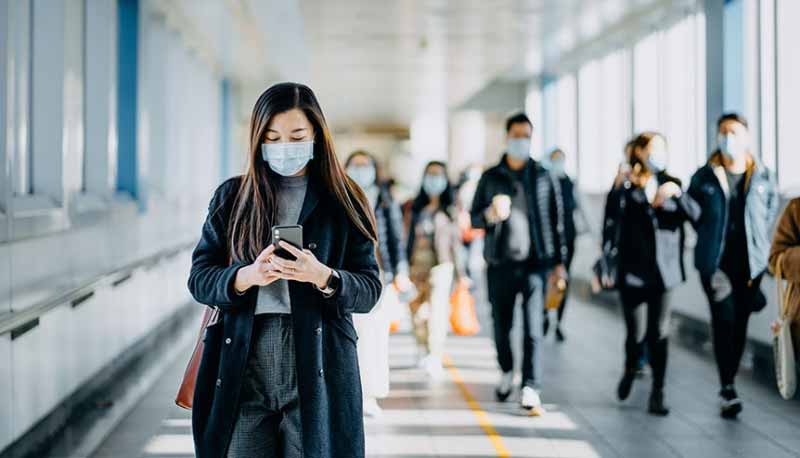 As summer approaches in both China and India, the chances of the virus outbreak dissipating will brighten. Like all challenges, it will bring significant opportunities.

Investors are feeling skittish and stock markets are getting roiled in the wake of the coronavirus outbreak in China and its spread across the world, including India. But like all challenges, it also brings in its wake significant opportunities. Beyond the short-term pain and medium-term disruptions in supply chains and production schedules, there could also be major gains for India over the longer term.

The Indian industry has only just begun to feel the first hint of pain from the coronavirus crisis. In particular, it will hit India’s nascent mobile phone and electronics manufacturing sector as the country imports almost 75 per cent of all components needed by these industries from China. Foxconn’s plans of ramping up the production of Apple products in India and the plans of South Korean MNC Samsung and its Chinese rivals Xiaomi, Huawei, Vivo and others to expand their Indian operations could be hit in the short to medium term as they will have to cut production if they stop receiving components from China as a result of any disruptions in Wuhan, the epicentre of the coronavirus outbreak, which is also the main centre in China for the production of mobile phones.

India’s pharmaceuticals sector, which leads the world in the production of cheap generic medicines, could also be impacted as it receives significant amounts of intermediates, critical for the production of drugs, from China.

The tourism and aviation sector have already been affected by large-scale cancellations of both inbound and outbound tourism packages. Automobiles, chemicals, infrastructure and films, which either import large amounts of Chinese inputs or depend on Chinese investments or count China as a large market, will also feel the pinch if the crisis lingers.

The good news: as summer approaches in both China and India, the chances of the coronavirus outbreak dissipating will brighten.

There has already been one immediate gain for India from the coronavirus outbreak. The price of India’s basket of crude oil has fallen from $68 per barrel to $50 per barrel. Since India imports 80 per cent of its hydrocarbon requirements and every $1 change in oil prices increases or decreases India’s import bill by $1 billion, the sharp and continuing decline in global crude prices will help Indian Finance Minister Nirmala Sitharaman keep both the fiscal and current account deficits in check. This will also benefit the Indian industry as transport costs and the input costs of a range of products will also come down.

A UBS report released in February said a number of western and Japanese companies that want to move part of their global production lines away from China as a result of the US-China trade war and the coronavirus scare are looking at India as an alternative.

The report, based on a survey of 450 top executives between December 2019 and January 2020, found that 76 per cent are considering shifting their factories away from China. “India continues to be among the top destinations in Asia for manufacturing shift. Trade data confirms market share gains for India in exports to the US, for tariff-imposed products,” the UBS report said.

In particular, Sitharaman’s announcement of a tax cut to 15 per cent (17.02 per cent with surcharge and cess) for new manufacturing units has gone down very well with these multinationals. Now, if India can quickly provide some long-term assurances on easing rigid labour laws and the availability of land, it could receive as much as $175 billion of FDI in its manufacturing over the next 18-24 months.

The telecom industry, which is already seeing a large shift in production lines to India could be the immediate gainer. If some electronics majors also shift base to India, it could lead to the birth, over a slightly longer time frame, of the semiconductor industry in India.

So, like all dark clouds, the coronavirus outbreak could also be hiding a silver lining.