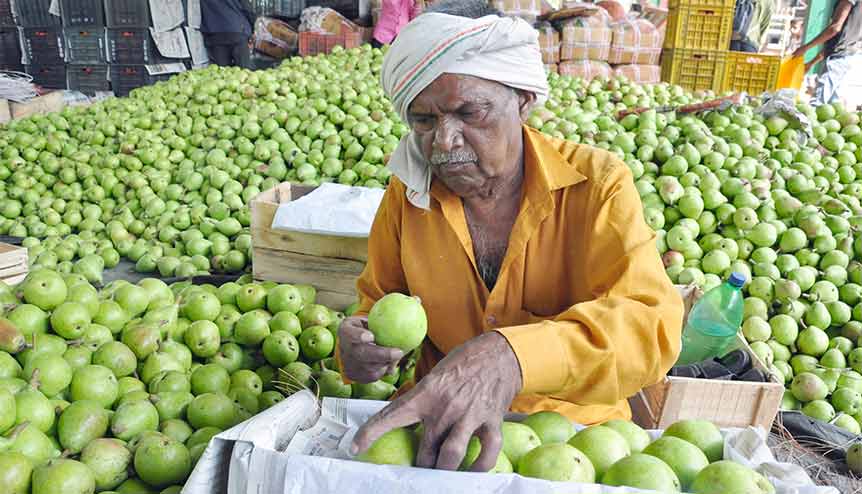 The eNAM and Kisan Rath apps have been fasttracked by the government to ensure that farmers are presented with the option of end to end connectivity in a bid to sell their produce.

Rural India continues to buck the trend while leading the resurgence of the India economy from the front. Despite predictions of an economic contraction by the pundits the agricultural sector, buoyed by pathbreaking reforms, is proving to be an irreplaceable driver of India’s growth.

The data doesn’t lie and a sector that props up nearly three-fifths of the total population of the country is indicating that this is indeed a good time to be a farmer.

The monsoons, which are scheduled to taper off by September, are critical both for the farmer and the economy given that in some parts of India rains are the only source of water that is available to turn over a good harvest. At last count 52 percent of farmlands in India have little or no basic irrigation facilities.

1.60 lakh farmers registered across 10 states with #eNAM, within 5 months of launch. #TransformingIndia pic.twitter.com/9toAKr2kQG

Integration of the apps 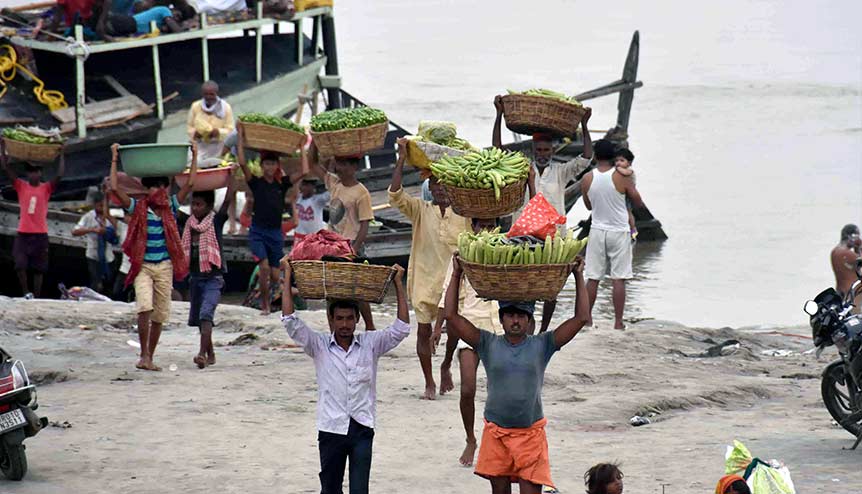 Farmers carry their vegetable to a wholesale market. Thanks to huge harvests the government has stepped in to help the farmer cash in on his produce through the introduction of simple yet effective measures.

Thanks to the record harvests in the country the government has now decided to accelerate the integration of e-National Agriculture Market (eNAM) by liaising with farmer producer organisations (FPOs) and warehouses, which have been declared as market yards to ensure that the farmers benefits from an end-to-end connectivity.

The FPOs and the warehouses will then be able to connect with another app called the Kisan Rath in order to facilitate the continuous supply linkages to buyers who are spread within the state and outside it. The Kisan Rath APP unites a mammoth transport infrastructure with as many as 500,000 trucks and 20,000 tractors on a mobile platform to ensure that produce from the farm can make its way to the marketplace. 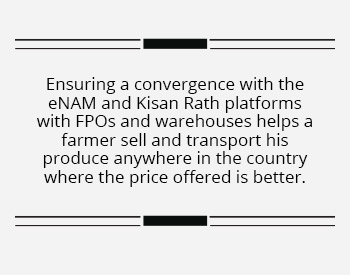 The process behind this operation is to ensure that barriers are broken down intra and inter state for the facilitation of produce. To ensure convenience the farmers are provided with logistical support as well as market intelligence. Ensuring a convergence with the eNAM and Kisan Rath platforms with FPOs and warehouses helps a farmer sell and transport his produce anywhere in the country where the price offered is better. The FPO’s will be increased over time – 10,000 in the next five years and they will be integrated with eNAM.

The power of reforms 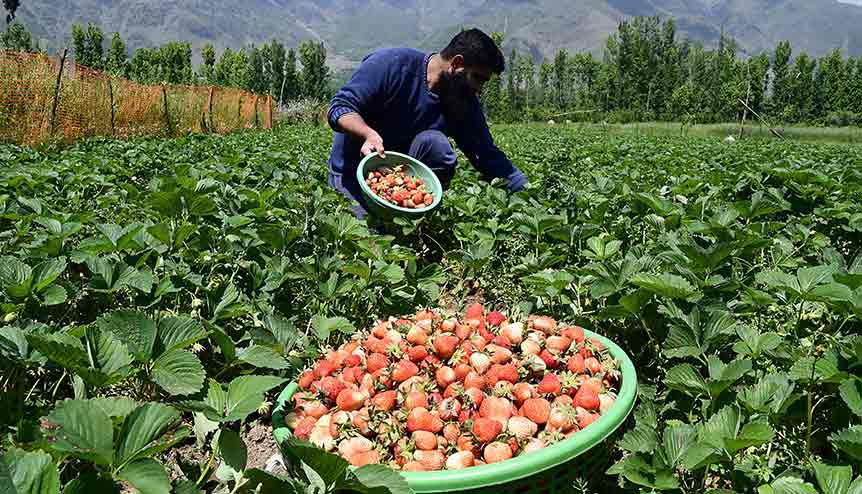 A farmer carries strawberries after harvesting. Rural India is feeling the positive effects of reforms across diverse platforms which are key growth indicators for the economy.

Following pathbreaking reforms announced by Finance Minister Nirmala Sitharaman to liberalise the agriculture sector the government is putting its pronouncements into action and clearly rural India is feeling the positive effects of this resurgence across diverse platforms which are key growth indicators. According to an official the processes are well thought out and designed for penetrative action. “The integration of FPOs with eNAM will provide market information for farmers so that they can sell their produce at better prices. Since more than 1,000 mandis across the country are already on eNAM platform, farmers will be able to discover the spot price of specific commodities in different parts of the country. Farmers will have flexibility to sell their produce anywhere in the country. Then after that they may book truck or tractor over Kisan Rath App to transport their produce at reasonable price,” he said.

The value of tech 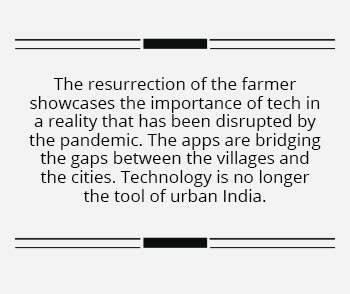 The resurrection of the humble Indian farmer also showcase the importance of tech in a reality that has been all but disrupted by the pandemic. The apps are bridging the gaps between the villages and the cities. Technology is no longer the tool of urban India.

With the rapid evolution of technology, internet and mobile, India is witnessing the growth of a vibrant ‘Agtech sector’ that has introduced a disruptive transformation in how farmers are practising their craft effectively and smartly.

It has now been amply proven that tech and data can have a substantial influence on agricultural development. It, in turn, affects the objectives of farmers. On a small scale, it can lead to higher incomes, stability and sustainability. On a large scale, it can mean more resilience, higher productivity and better lives.