Companies have to think Glocal 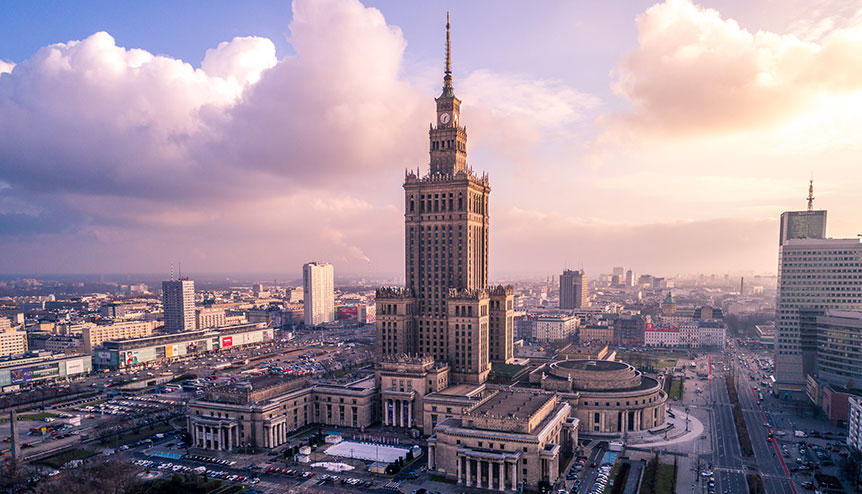 Narendra Goliya, founder and Managing Director of Rishabh Instruments, highlights the various factors businesses must keep in mind before contemplating global expansion and shares the secret behind Rishabh’s successful acquisition of Poland-based LUMEL.

What lies at the core of Rishabh and Lumel that makes it ripe for global markets?

Rishabh and Lumel are both high technology companies which operate in the Industrial sector. One is in Electrical and Electronics Measuring Instruments and the other is in Aluminium Pressure Die Castings. Both have their independent R&D departments where technologies are developed, and they keep pace with technologies developed in other parts of the world. Not only can we deliver latest generation instruments, but we are also able to deliver it at very competitive prices and, therefore, we are able to enter and retain global markets.

Both companies are homegrown in the sense they started local operations in their respective countries, Rishabh with 35 years’ experience and Lumel with 65 years’ experience. But both the companies are such that more than 50 per cent of what they manufacture is exported, out of the home market. Export itself keeps you competitive not only in price but also in technological fields; it ensures that you know what is happening in the other parts of the world. Therefore, technology is upgraded from time to time. Precision in die casting and machining is unparalleled and the densities are highest in the industry.

In the case of electrical Instruments, more and more focus is on power quality. We are trying to supply green energy, but more a popular concept is that of clean energy. There are no disturbances, no harmonics, no swells, no dips and both Lumel and Rishabh have expertise in this area. Similarly, as many have observed, the quality of any products that we use has gone up from time to time. Today, we make cars that give no trouble and we do not have to think before embarking on a journey of 1000 km. This means that the parts that go into the car are so reliable, so accurate and so precisely made that there is no need to be doubtful of the reliability and rigidity of these cars. Hence, both these companies are in the phase where they keep up with the pace in the world of technology.

What are the driving factors that must determine any company’s geographical footprint around the world?

You have to be glocal. It means that you must have global vision and capabilities but a local footprint. Both companies have a good percentage of the local market and are aware of the technology and competition in the global market along with the local market. Also, the resources used are all local and therefore, we must be aware of what the local resources are. Markets are global and therefore you should be aware of what the global markets need. So, from that point of view, a company’s geographical footprint is decided by these two factors. Each company started exporting to countries in and around their home ground but slowly developed the advanced markets. For any industrial products, the German and US markets mean a lot and if buyers in Germany and the US accept these products, it means the products are acceptable in most parts of the world. Both Lumel and Rishabh have been able to do this over the years and we find that although they are in particular geographical locations, their markets are the whole world. Today, they find their footprint spreading in more and more counties; not only in the continent they serve but in the whole world. Both companies aspire to develop markets where they exist but also in countries where they do not presently have any appreciable market share.

How would you compare the US and European markets?

Both the US and European markets have a lot of similarities and a lot of differences. In Europe itself you have Eastern and the Western Europe markets. Western Europe markets are more developed and more competitive demanding higher precision and quality but at the same time, they give the required price to manufacturers. Eastern European markets are like Asian markets; the price is still the dominating factor and quality comes after making prices competitive. Also, European markets are smaller in size, easy to focus on and easy to travel in making it easy to reach the customers. US markets are more spread out and so, it is difficult to service them. Sitting in India, you need to have local offices, local people and you need to covert most of the things to their standards. For example, none of the instruments where you measure temperature in degrees and centigrade can be sold America; you must convert them to Fahrenheit and so on. But the other way around, the US also demands very exacting standards. There is less of price competitiveness more of quality competitiveness and if you can sell it in Western Europe and America, I think you can sell it in any part of the world. Europe accepts new technologies far more easily than the American Industrial consumer. However, in the US, everybody understands English, whereas in Europe you deal with multiple languages and cultures.

Is Brexit influencing Indian investment decisions when it comes to Europe?

Brexit is really not affecting the decision to invest in Europe except that if I were making a new investment, I would refrain from going to the UK for the simple reason that for so many years, we have gotten used to Europe as one entity without borders, free flow of goods, no import duties. Most of the countries have no visa restrictions which has helped our business grow very much. With Brexit, this will go away. We don’t know what the barriers will be introduced – not only physical barriers but also financial barriers – and therefore, one would be very careful in investing. The bigger part is to hope that Brexit does not repeat and other countries in the EU don’t start going the Brexit way because there are a lot of countries in Europe that feel like they are financing other parts of Europe and they don’t see the benefits of being a part of a larger union. I only hope Brexit is one of and not something which will happen repeatedly in Europe. I also see the possibility of the UK deciding to reverse the Brexit decision.

What is the impact of investments (by your company) in a small Polish town of Zielona Gora? 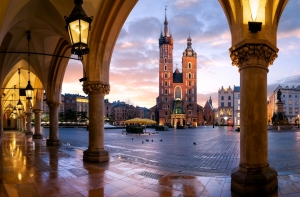 Our investment in Zielona Gora, which is a small town in the south of Poland and very closer to the German border, was very risky. We took the decision in 2010 and the deal was closed in 2011. We had to overcome many problems—the local population did not believe that we had bought the unit to grow and expand it. The fear was that either for technology or for marketing reasons, we would shift the manufacturing to some other parts of the world, especially to Asia. It took two to three years to convince them that this was not the intention but once we were able to convince them and start growing, there has been a steady 20 per cent CAGR both on the electrical and aluminium sides and both the units have been growing steadily. In fact, we have decided to make a new factory for electronic products where the contracts have been given and if everything goes as per plan, the building should be ready by end of this financial year in March 2020. Poland has been the highest GDP growing country in Europe and the per capita income is also rising rapidly creating a demand for new products. However, government policies have created a shortage of skilled people and we have had to import people from other parts of the world to keep the factory running.

What would you say is the key to inspiring an innovative mindset within your team?

We try to develop an innovative mindset within our team. It is not easy; people are bound by traditional thoughts and innovation also means taking risks. There is an equal opportunity for success as much as there is for failure. Even buying a company in Poland was a very innovative idea but a very risky idea. However, by supporting failures, having good discussions and trying to see what tomorrow can bring, we are able to get a fair probability of success so that we do not lose the entrepreneurial and innovative skills within our team. One thing is to keep the skills that people have and another is to grow these skills by encouraging people to make mistakes, applauding the mistakes, learning from them and converting a so-called mistake into an opportunity. Another thing to we do is having regular meetings, seminars, brainstorming sessions and telling people how important it is to get patents, how important it is to innovate, even at the risk of sometimes failing and we see that this produces its own results. No doubt one must recruit talent and give them the freedom to experiment and innovate.

What would be some of your red flags companies must bear in mind while drafting their global expansion strategy?

Companies must understand the local culture. In any country that you operate, the bulk of people must be local. You could send two-three of a maximum of four expatriate managers into a new country and that would be typically for Finance and Purchase functions but most of the people are local and therefore, we cannot apply the same principles that we apply in our home country. The kind of meetings we have, the kind of discussions we have, and the way we have them, is entirely different when we go to a country like Poland or any other country than when you are operating in your local country. In Europe, people work fewer hours, meetings are very focused, people stick to the agenda and work hours, which is very good. Procrastination is less, meetings are regularly reviewed, and result orientation is much higher in Europe than it is in India. In India, managers are learning as they go along but there is some time before we are able to really imitate and not only imitate but set standards in India as those presently set in Europe. At the same time, Indian managers are more flexible, more multi-skilled and ready to take new challenges than European counterparts.

How would you define success?

Success means different things to different people. It also means different things to the same person at different points of time. It is something which you decide for yourself. The way we say that ‘beauty lies in the beholder’s eyes’, the same way success is what you think is success. Somebody may believe that success means making money. Some people mean it may be expanding in unknown markets. For some people, success may be technological success, being able to manufacture things in India which were still being imported.  For me, success is continuous growth not only in the top and bottom lines, but it also means growth in each and every area of business. Are we able to work more efficiently? Are we able to reduce cycle times? Are we able to come up with the latest generation products? Are we able to develop our technology team to be able to keep the pace with the changing requirements of the world market? So, all in all, if there is continuous growth in each area of business, I think that is success to me.