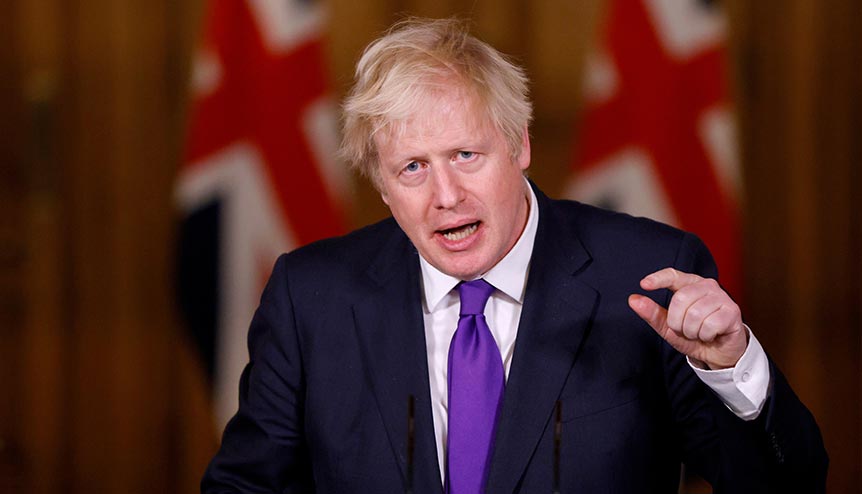 As UK Prime Minister Boris Johnson set out an ambitious new emissions cut target for 2030 ahead of COP26, he will be relying on India as one of the key partners to join forces.

UK Prime Minister Boris Johnson has unveiled an ambitious new target to reduce the UK’s greenhouse gas emissions by at least 68 per cent by 2030, compared to 1990 levels.

As the first target set by the UK following its exit from the European Union (EU), Johnson said it demonstrated Britain’s leadership in tackling climate change, having already cut carbon emissions by more than any similar developed country and being the first major economy to legislate for net zero emissions by 2050. The UK claims this means its Nationally Determined Contribution (NDC) under the Paris Climate Agreement is now among the highest in the world and commits the country to cutting emissions at the fastest rate of any major economy so far.

Indian and UK scientists team up to clean Indian coasts

“We have proven we can reduce our emissions and create hundreds of thousands of jobs in the process – uniting businesses, academics, NGOs and local communities in a common goal to go further and faster to tackle climate change,” said Johnson.

“Today, we are taking the lead with an ambitious new target to reduce our emissions by 2030, faster than any major economy, with our Ten Point Plan helping us on our path to reach it. But this is a global effort, which is why the UK is urging world leaders as part of next week’s Climate Ambition Summit to bring forward their own ambitious plans to cut emissions and set net zero targets,” he said.

The fight against climate change is a global challenge and the UK is leading by example.

As the co-host of the virtual summit on December 12, Johnson had extended an invite to Indian Prime Minister Narendra Modi during a phone call last week to participate in the event, which will coincide with the fifth anniversary of the historic Paris Agreement.

“They looked forward to next month’s Climate Ambition Summit, which will be an opportunity to reinvigorate the global efforts against climate change ahead of the UK-hosted COP26 Summit next year,” a Downing Street statement said.

The summit calls on countries around the world to submit ambitious NDCs or other climate plans on the road to the UN COP26 climate talks, which the UK government is hosting in Glasgow next year.

UK Business Secretary and President of COP26 Alok Sharma said: “Tackling climate change is the one of the most urgent shared endeavours of our lifetimes, demanding bold action from every nation to prevent catastrophic global warming.

“The UK’s new emissions target is among the highest in the world and reflects the urgency and scale of the challenge our planet faces. I hope other countries join us and raise the bar at next week’s UN Climate Ambition Summit, and ahead of the COP26 climate conference in Glasgow next year.” 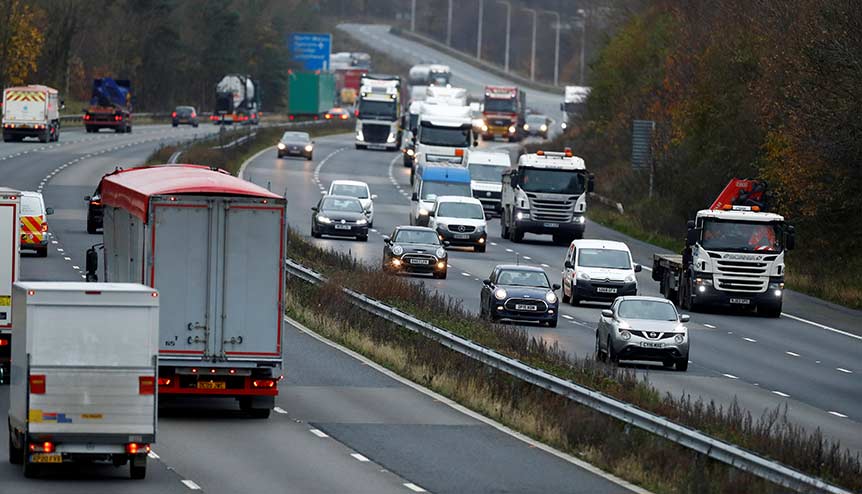 Each party to the Paris Agreement – including countries and international blocs such as the EU – determines what domestic action it will take and communicates it in the form of NDCs. They are at the heart of the Paris Agreement goal, set at COP21 UN summit in 2015, to hold the global temperature rise to well below 2 degrees and pursue best efforts to limit the increase to 1.5°C.

Meanwhile, the UK and India have been working together in this arena for some time now, most recently with the Coalition for Disaster Resilient Infrastructure (CDRI) – established by Prime Minister Modi as a voluntary international grouping, linking governments, UN agencies, banks, private sector groups, and academia to develop the resilience of infrastructure systems to climate and disaster risks. The UK became the first co-chair of its Governing Council earlier this year.

“Delivering action on climate change remains a priority for the UK and I am sure that the UK-India partnership on climate action will help see progress on reducing emissions and help make India’s infrastructure fit for the future,” Sharma had said at the time.

The initial focus is on disaster and climate risk analysis and governance of infrastructure. 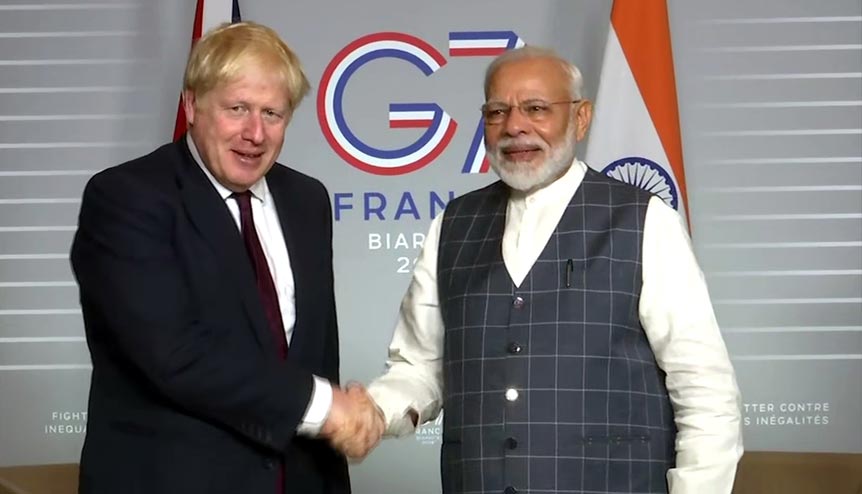 Prime Minister Narendra Modi meets UK Prime Minister Boris Johnson at the G7 Summit in Biarritz, last year. The UK and India have been working together in addressing Climate Change for some time now, most recently with the Coalition for Disaster Resilient Infrastructure (CDRI).

The UK’s previous NDC target was 53 per cent and it says it will now communicate its full NDC to the United Nations Framework Convention on Climate Change (UNFCCC) in time for the Climate Ambition Summit on December 12.

The United Nations Climate Change Conference (COP26) was originally scheduled to be held last month but was postponed to November next year due to the coronavirus pandemic.

The historic Paris accord committed the US and 187 other countries to keeping rising global temperatures below 2C above pre-industrial levels and attempting to limit them even more, to a 1.5C rise. While the Donald Trump led American administration had formally taken the US out of the agreement, it is expected that his successor, President-elect Joe Biden, will reverse that decision.

Boris Johnson had set the ball rolling by inviting Biden to COP26 and given that China and the US head up the top two countries on the emissions list, the UK PM will be relying on partners like India to help pull off any further ambitious goals.