Skip to content
China tacitly accepts problems with BRI, reaches out to the world

China tacitly accepts problems with BRI, reaches out to the world 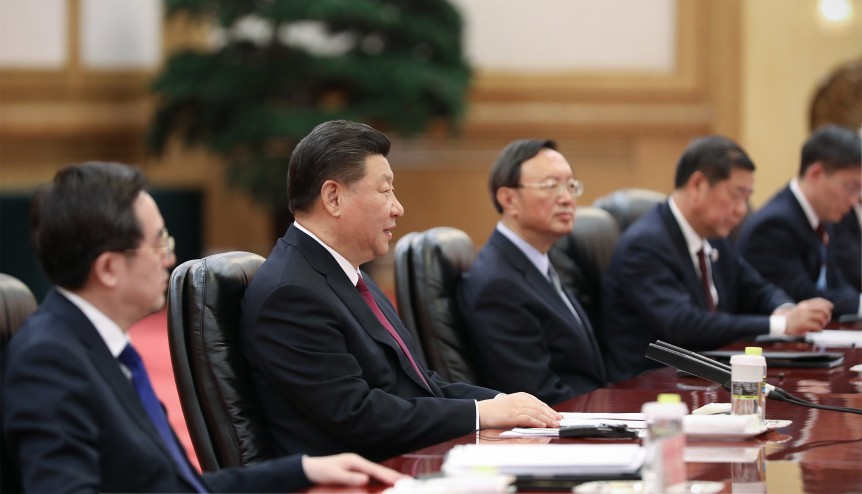 In line with the Narendra Modi government’s policy of zero compromise on issues related to India’s sovereignty, India stayed away from the second Belt and Road Initiative (BRI) summit that was held in China recently.

India’s raison d’etre for staying away was the same as last time — the centrepiece of BRI, the China-Pakistan Economic Corridor (CPEC), passes through Gilgit and Pakistan-occupied Kashmir, thus, impinging on Indian sovereignty.

But New Delhi will feel partially vindicated by the noticeable softening of China’s stand on several questions raised by India and like-minded nations such as the US, Japan and the EU.

Addressing 37 heads of government, the United Nations Secretary-General and the Managing Director of the International Monetary Fund, Chinese President Xi Jinping made a very public commitment that “transparency” and “greater debt sustainability” will be the new guiding principles of projects under BRI.

India has, from the outset, been very critical of the lack of transparency in BRI projects in Sir Lanka, the Maldives and elsewhere. In fact, these two countries, as well as Malaysia, Myanmar and the Philippines are reviewing some of these projects, which many experts say, are beachheads for a thinly disguised Chinese strategy aimed at gaining strategic and military advantage especially in the Indo-Pacific region.

Although India has not articulated it in so many words, statements from the Ministry of External Affairs have clearly articulated New Delhi’s concerns over the sovereignty of recipient countries getting compromised.

And on the lines of Western criticism of BRI, but independent of them, the Indian government has been critical of BRI’s project architecture. It is wary of Chinese companies being awarded humungous projects of doubtful economic viability that leave small countries with a mountain of debt owed to Chinese institutions. This debt rap is then used to arm twist these governments to cede control of strategic assets to Chinese firms a la the Hambantota port in Sri Lanka.

Perhaps aware that there is merit in these arguments against BRI, especially after facing a backlash against what are seen as vanity projects serving little local purpose in a number of countries, Xi spoke forcefully about his commitment to zero corruption and vowed to build what China’s arch-rival Japan calls “quality infrastructure”.

Clearly, India’s boycott and Japanese, US and EU trenchant criticism of BRI has prompted a critical rethink by China on how this multi-trillion-dollar project is perceived around the world and especially in recipient countries.

Some experts view this measured charm offensive by Xi as an acknowledgement that Beijing may have overplayed its hand with BRI and committed itself to building projects that are beyond its capacity to finance.

It was announced at the summit that Chinese companies have so far invested $90 billion in various recipient countries. Then, the BRICS Bank, which is effectively under Chinese control, can lend $150 billion and the Silk Road Infrastructure Fund another $40 billion.

According to Gavekal Research, one of the world’s leading independent providers of global investment research, China’s state-controlled financial sector extend a maximum of another $600 billion.

Since none of these bodies will bet their last penny on one project, that still leaves a massive financing gap that will have to come from outside…

China will, obviously, want countries such as India, Japan, the US as well as the EU to join in. It already has Italy on board and will hope to break the ranks of the holdouts over the next few years.

It will, therefore, be prudent for the US, Japan and India — which have been discussing an alternative, more inclusive, global infrastructure building initiative — to move quickly to get the plan off the ground. Indian Prime Minister Modi and his Japanese counterpart Shinzo Abe discussed this at their meeting in Tokyo last October.

There will be a battle of attrition over BRI between China and its allies on the one hand and the free world on the other. The second BRI summit has set the stage for that.