As the sole candidate from Asia-Pacific, India’s election to the UNSC’s non-permanent seat is a given. At a time when the world order is changing, it gives the world’s largest democracy a distinct edge.

As the sole and unopposed candidate from the block of the Asia Pacific region, India’s election as a non-permanent member to United Nation’s Security Council (UNSC) on 17 June, is a foregone conclusion. It is not the first time for the country, which is one of the founding members of United Nations. India has been a non-permanent member on seven occasions so far–most recently in 2011-12.

Related stories: Under the shadow of the pandemic, India-US relations hit new highs

The UNSC, one of the most powerful bodies under the multilateral institution, comprises of 15 members including 5 permanent members – US, UK, China, Russia and France. The 193 member body elects five non-permanent members every year for a 2 year term. The non-permanent members do not have veto rights and the seats are distributed on a regional basis, giving African and Asian countries five seats each.

A matter of votes

India needs a minimum of 129 out of 193 votes at the elections and while the result is of no consequence as there is no competitor, it would be intriguing whether it could match or better its stupendous performance in 2010 when it had bagged 187 votes out of the 190 polled. Back then, even arch-rivals Pakistan and China had also voted in India’s favour, something that was viewed as a significant diplomatic victory.

“Of course it is of significance,” India’s then envoy to the UN, Hardeep Singh Puri had said after the vote in 2010. “Those who are sceptical on India-Pakistan cooperation in the UN… It proves them wrong.”

The political differences between India and Pakistan aside, the two countries have indeed cooperated as allies in matters related to elections at the UN. India’s election in 2010 which was endorsed by Pakistan was quickly followed by the latter’s own election in the next round which was supported by India.

This time too, Pakistan and China supported India’s bid when it was unanimously chosen as the candidate from the region last year. That was however in June 2019 and much has changed since then. For one, India’s decision to scrap article 370 that stripped Kashmir of its special status on August 5 created a new flashpoint in Indo-Pak relations.

In the UN too, Pakistan’s all weather ally China has time and again tried to raise the Kashmir issue with no success so far. In August China pushed for a meeting at the UNSC on the Kashmir issue at the behest of Pakistan.

Pakistan has tried to backtrack from its support to India after the change of status of Kashmir. Without naming India, Pakistan’s Permanent Representative to the UN Munir Akram had said last August, “at least one of the G4 does not in our view qualify for membership of the security council – permanent or non-permanent.” G4 nations comprise of Brazil, Germany, India, and Japan that on a broader level support each other’s bids for permanent seats in the Security Council.

Beyond Pakistan, the isolation of China due to its handling of the coronavirus pandemic also spices up the elections. Initially, India was a fence sitter on the issue of ordering a probe into the spread of the virus and China’s role in it at WHO but it has since joined forces against China. At the domestic front, Indo-Sino relations have also deteriorated with fresh skirmishes between the armed forces of both sides along the Line of Actual Control stretching from Pangong Lake in Ladakh in the North all the way to Arunachal Pradesh in the East. India China relations now are at decade lows.

India’s non-permanent status in the UNSC at this juncture for the next two years starting January 2021 is reason enough for both China and Pakistan to be nervous. For one, it may now become more challenging for Pakistan to raise the Kashmir issue at the UN, much less organise an exclusive meeting like the one in August last year directly or indirectly. On the contrary, India will now wield greater control over the sanctions regime and can seek debates on different issues including Balochistan that may embarrass Pakistan.

For China too this is bad news as UNSC could set the stage for a bigger gang up of countries that are opposed to it. India would be right in the midst of any alliance being formed by the US against China. In the aftermath of the pandemic, the next few years could see widespread changes to the world order and India gets a ringside view of the proceedings. Further, should the situation between India and China worsen, India could also easily reach out for support at the UNSC and draw players like the US, Japan and France into the midst. 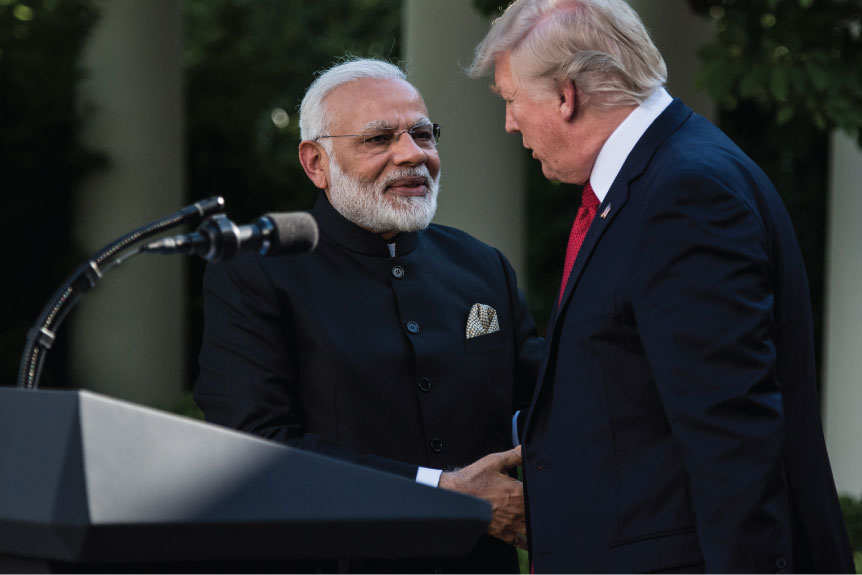 India has on its part officially always maintained it does not wish to use the UN for bilateral issues – be it the tensions at the border with China or Kashmir with Pakistan. Instead, it focuses on broader topics like global terrorism and climate change.

“Ten years since we were last elected to the UNSC. We are facing four very different challenges to international peace and security,” Jaishankar said. “One, the normal process of international governance has been under increasing strain as frictions have increased. Second, traditional and non-traditional security challenges continue to grow unchecked. Terrorism is the most egregious of such examples. Three, global institutions remain underrepresented; they are therefore less able to deliver. Four, the COVID-19 pandemic and its grave economic repercussions will test the world like never before,” he added.

‘‘In this extraordinary situation, India can play a positive global role. We have always been a voice of reason and a votary of international law. We advocate dialogue, consultation and fairness in our approach to global issues. And we emphasise global development addressing climate change and eradication of poverty as central to the planet’s future.”

Inconsequential it may be, but the elections and the number of votes India garners will be an indicator of where it stands with regards to its neighbours. Beyond that, the aces are anyway all stacked heavily in India’s favour.