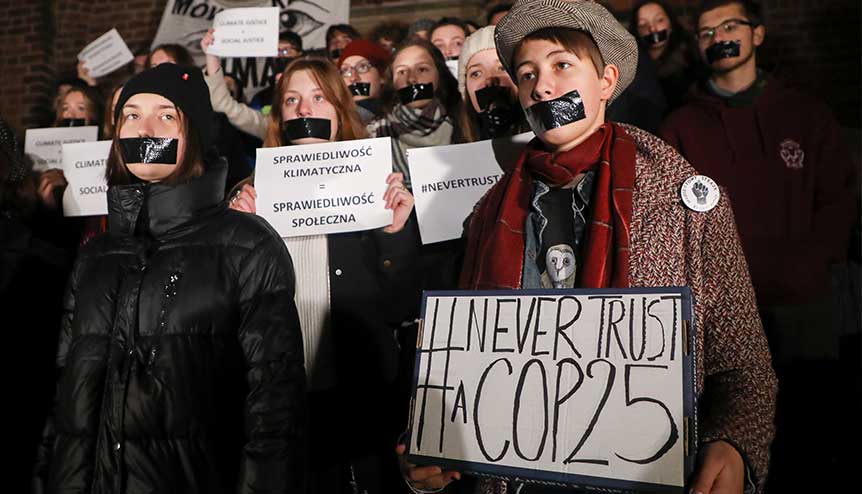 The Covid-19 pandemic is just the latest in a string of increasingly violent natural disasters that point to the urgent need for global leadership on taking concrete steps to address climate change.

First, came the fire spreading across the wild, then disease brought the world to a stumbling halt, and, shortly after, came storms raising walls of water, followed by legions of locusts that devastated fields of crops.

This may sound like a biblical story, but don’t be mistaken. This is very much the 21st century and the reality on the ground. 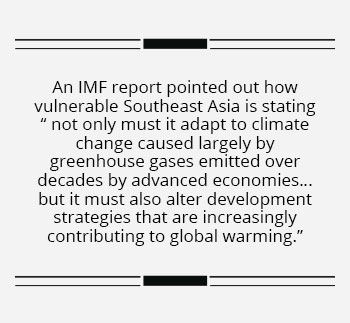 Sceptics might dismiss these occurrences as coincidences, citing that there is no connection between the two, but if there was ever a time when climate change was staring humanity in the face – it’s now. The timing of these catastrophes is not a coincidence either. The WHO, in a recent report, found a correlation between the change in the pattern of transmission of infectious diseases and climate change, stating that it is highly likely that the former is a consequence of the latter. Data collected by NASA shows that the current warming of the planet is occurring roughly ten times faster than the average rate of ice-age-recovery warming. An IMF report pointed out how vulnerable Southeast Asia is, stating, “not only must it adapt to climate change caused largely by greenhouse gases emitted over decades by advanced economies… but must also alter development strategies that are increasingly contributing to global warming.”

But it has taken the world-wide Covid-19 pandemic to demonstrate how vulnerable all of humanity is to the adverse effects of climate change. 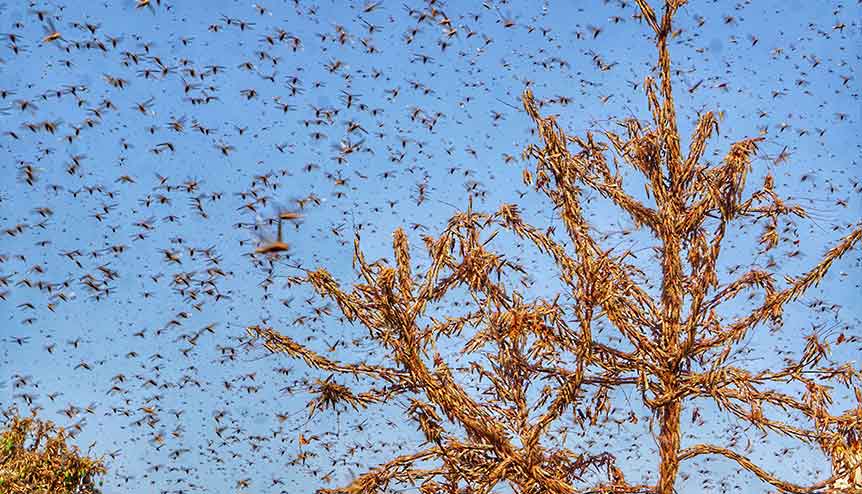 Swarms of locust attack crops in Jaipur, Rajasthan. These are some of the worst swarms seen in decades. Farmers and communities are fearful of the damage to crops which will impact income and food supplies.

In the eye of the climate change storm

2019 witnessed devastating heatwaves across Europe, unprecedented wildfires in Australia, and thousands of deaths due to Cyclone Idai off the southeastern coast of Africa. 2020 followed much of the same trajectory with the wildfires worsening in Australia, superstorms in Asia, and swarms of locusts in Southeast Asia.

The wildfires in Australia caused the worst pollution the country had ever seen, with an air quality index 23 times higher than what’s considered “hazardous.” The smoke from the city reportedly crept into birthing rooms, stopped MRI machines from working and caused severe respiratory problems for the elderly. PM Scott Morrison’s government came under severe critique for not pushing to complete a rulebook for implementing the Paris agreement during COP25 in December 2019. The Australian public also criticised the government for backing mining and coal. 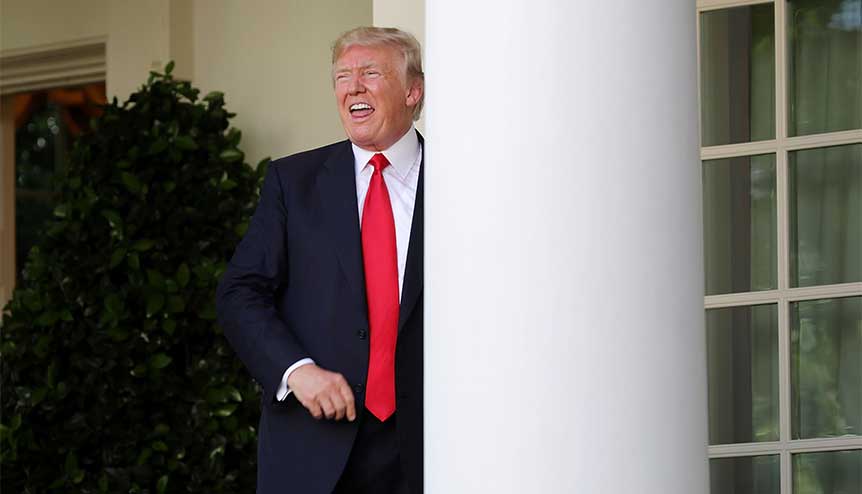 President Donald Trump heads back into the Oval Office after announcing his decision to pull the United States out of the Paris climate agreement in the Rose Garden at the White House June 1, 2017 in Washington, DC.

Trump has already attracted widespread criticism, dismissing data on climate change in the now infamous words delivered in typical Trump-esque eloquence: “I don’t believe it.” The damage Trump has done to the US’ plans to address climate change could easily fill a tome. For the sake of brevity, a quick look at some of the rollback of key policies initiated by him should suffice to paint an adequate picture. Firstly, there’s his pulling the US out of the Paris Climate Agreement. Next to go to the guillotine was the Clean Power Plan, rolling back the policy to implement the usage of energy-efficient lightbulbs across America, a move that will increase carbon emissions by 34 million metric tons per year by 2025, equivalent to the annual emissions of 7 million cars. The US President has also significantly weakened the laws on decreasing emissions, producing cars with more fuel-efficient engines and, of course, the protection of endangered species.

In 2019, the High Council for Climate released a report showing that France needs to seriously strengthen its climate policies – particularly on transport, car use and building renovation to meet its commitments under the Paris Climate Agreement.

India, despite making huge strides in implementing renewable energy, is struggling to cut down its reliance on fossil fuels.

The Covid-19 pandemic has caused severe impacts to society and consequently disrupted businesses across the globe, a stark reminder to governments around the world of the domino effect climate change can have on human life and business.

Ironically, the coronavirus pandemic has also served as a much-needed recovery period for natural ecosystems from human activity. Cities around the world are reporting a radical drop in air pollution. According to the Centre for Research on Energy and Clean Air, global levels of nitrogen dioxide hit a record low. The effect was also seen on biodiversity – deer were spotted grazing near Washington homes, dolphins, in a rare occurrence, were seen swimming in the Bosporus river in Turkey, and peacocks were seen strutting around the streets of Wales.

The pandemic has changed the ways in which people live, work and move. Businesses are now questioning the need for regular corporate travel and are exploring ways to include more sustainable alternatives within their daily operations. Over 700 companies globally have signed a host of open letters to world leaders, calling on them to ensure that economic stimulus packages tackle both the impacts of the coronavirus and the ongoing climate crisis.

A survey conducted by Smith School of Enterprise and the Environment (SSEE), of over 200 of the world’s most senior economists and economic officials, suggests that a focus on “green” policy initiatives could help shift the world closer to a net-zero emissions pathway and also offer the best economic returns for government spending. There is a greater public impetus for governments around the world to roll out greener policies. More than 4,500 health professionals and more than 350 organisations have urged the leaders of the G20 to ensure a green recovery.

The need for global leadership

“The world is screaming out for climate action but this summit has responded with a whisper.”
Chema Vera, executive director of Oxfam International on COP25 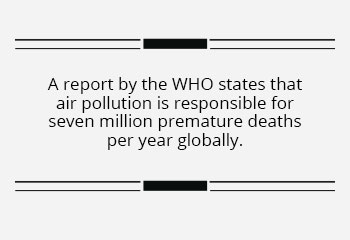 Experts predict that the impact of climate change will only get bigger going forward. A recent report by the UN states that heat stress caused by rising temperature will cost global economies more than $2 trillion by 2030. Another report by the WHO states that air pollution is responsible for seven million premature deaths per year globally. In context, the recent failure of the 25th Conference of the Parties to the UNFCC smarts more than before. It is also an unpleasant reminder of the gap that still exists between policy-making and tackling climate change. UN Secretary-General Antonio Guterres labelled COP25 “disappointing.”

The current state of global affairs, however, is far from reassuring. Integrated global challenges such as climate change need to be tackled by global cooperation. In a world divided by trade wars and isolation, there has now emerged an even greater need for global leadership to unite the world in the battle against global warming. 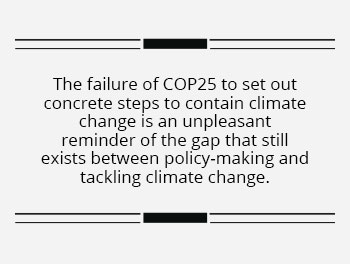 This is where India has much to offer the world. Under PM Modi’s leadership, India has already taken concrete steps to address climate change. According to data released by the UN in 2019, India was already well on track to meet its goal of capping its carbon emissions to 1.5 degrees Celsius or less. It helps that India’s leadership, particularly PM Modi, is a champion of implementing sustainable solutions to address climate change. From banning single-use plastic, to increasing its renewable energy capacity to 450 GW, India under the stewardship of Modi has taken systematic and concrete steps to address climate change. Modi’s charm and congeniality in encouraging 121 countries worldwide to join the International Solar Alliance, an international alliance initiated by India that works for efficient implementation of solar energy to reduce dependence on fossil fuels. This is the same Modi charm that has inspired fifteen countries to date to join the Coalition for Disaster Resilient Infrastructure launched during his address at the UN Climate Action Summit.

It also helps that Modi has built strong partnerships with several countries based on diplomacy and goodwill, a quality the world could use in uniting forces against global problems like climate change. Meanwhile, the clock is ticking on global warming and humanity will need to respond fast before nature sends it another brutal reminder.