Skip to content
Britain must address the trust deficit with India

Britain must address the trust deficit with India 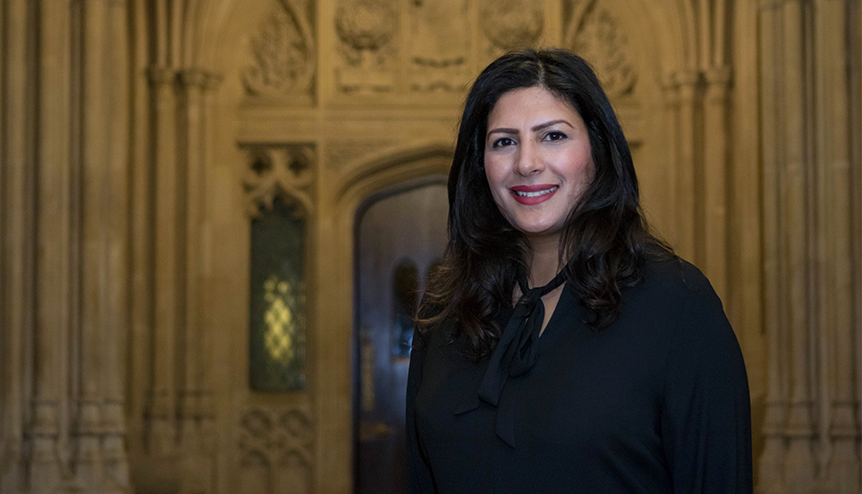 A leading Opposition politician in the UK believes the Indian diaspora has a lot to offer post-Brexit Britain if only its value is fully utilised by the government.

The United Kingdom and India have a long, shared history, and the ties that bind our two great nations, be they diplomatic, economic or cultural, go back through the generations. As we move ever closer to the UK leaving the European Union (EU), these links are important now more than ever. Like all relationships, it requires nurturing to grow and develop, and the Indian diaspora are best placed to provide such support in deepening UK-India relations.

For all the positive dialogue about deepening UK-India relations post-Brexit, including through a possible Free Trade Agreement, the relationship between the two nations remains characterised largely by a lack of trust. This was certainly the view of Britain’s former High Commissioner to India, Sir Richard Stagg, when earlier this year he raised concerns over the two countries’ ability to forge a closer relationship post-Brexit. This also seems true, where, the Conservatives have been happy to praise the close connections that have brought Indian companies, jobs and revenue to the UK, but are unable to answer simple questions about potential future deals without simply saying that they are “ambitious”.

Despite often worthy efforts to promote closer relations through cultural exchange, the key area that we should focus our attention on is economic. With India being one of the fastest growing economies, and with the UK distracted by Brexit, India has arguably become the more powerful partner. As one expert has put it, the UK now needs India more than India needs the UK – yet at times the UK still acts as though it is the ‘senior partner’ with the power and authority to dictate on its terms.

I urge the government to redress this view, and the Prime Minister [Theresa May] at some point must recognise that [International Trade Secretary] Liam Fox will be unable to ensure positive conclusions to deals on the future relationship of the UK and India while he maintains his current bluster and bravado. More broadly than that, the Indian diaspora, by its mere existence and the successes that it has achieved across sectors and regions, serve as a timely reminder of the huge benefits that migrant communities can have on their host community and society as a whole. The UK’s wrong-footed visa regime, which snubs Indian students and professionals doing little to help rebuild trust, may well prove to be a sticking point for any agreement. Here again the government have failed to fully recognise the value of the Indian diaspora in the UK – why else would they have been accused of lacking a strategy in our ongoing relationship with India?

Here then, the Indian diaspora have shown in the best way possible the value of deep relations between the UK and India; not with words or declarations but with actions. The recent government commissioned Migration Advisory Committee report, while not about student numbers from any country in particular, showed that, not only do international students offer positive economic benefits but that opinion polls show most people in the UK hold a positive view about international students and, in relation to deepened UK-India relations, they bring ‘soft power’ to the UK. As such, they recommended that no cap was put on international student numbers and it was made easier for them to transition into work.

The question then is not how the Indian diaspora in the UK can help to deepen relations between the UK and India, but when will the government recognise the immense value that deep and meaningful relations can have for both nations. And, more than that, when will their policies reflect that recognition.

This view is shared by India’s High Commissioner, His Excellency Y.K. Sinha, who has said that it will be unlikely that progress will be made until the government softens its stance on the free movement of students and professionals. Of course, there are reasons to be optimistic about the important role that India could play post-Brexit. In fact, some progress has been made in the economic arena with the setting-up of a Joint Working Group on Trade, potentially paving the way for a new post-Brexit partnership. However, as I have already said, this new relationship will only happen if an equitable and mutually beneficial agreement is reached. Trade negotiations need not be a zero-sum game and can be more about the quality, and not just volume, of trade- with the propensity to share knowledge and ideas as well as buy and sell goods and services.

The Indian diaspora community has positively contributed to bilateral ties already, and President Modi’s description of the connection between our two people as a “living bridge” is an accurate one. They embody the link between the two countries, with the connections and knowledge that bring us together.

The diaspora community is also a resource. While the government have struggled to demonstrate how their bluster of securing, at the very least, deals with existing trading partners which are equivalent to those we have by virtue of our EU membership, British-based entrepreneurs have just been getting on with making and fostering links for the future.

We must recognise the important contributions already made by the diaspora community in terms of development and commerce. Many non-resident Indians have made vast investments in Indian communities through the building of homes, schools, and medical facilities for villages and towns. India too, must recognize and make advances to address the concerns that diaspora communities have with respect to human rights violations.

The Indian diaspora in the UK makes up one of the largest ethnic minority communities in the country, with the 2011 census recording approximately 1.5 million people of Indian origin, making up almost 2 percent of the population and contributing 6 per cent to the country’s GDP. Although uncertainties remain about the UK’s future role on the world stage, one thing that is clear is the diaspora community’s ability to bridge any divide that exists between our nations, and act to deepen and develop UK-India relations further in the future.

About the Author: Preet Kaur Gill