Brexit has sparked new ties between Portugal and India 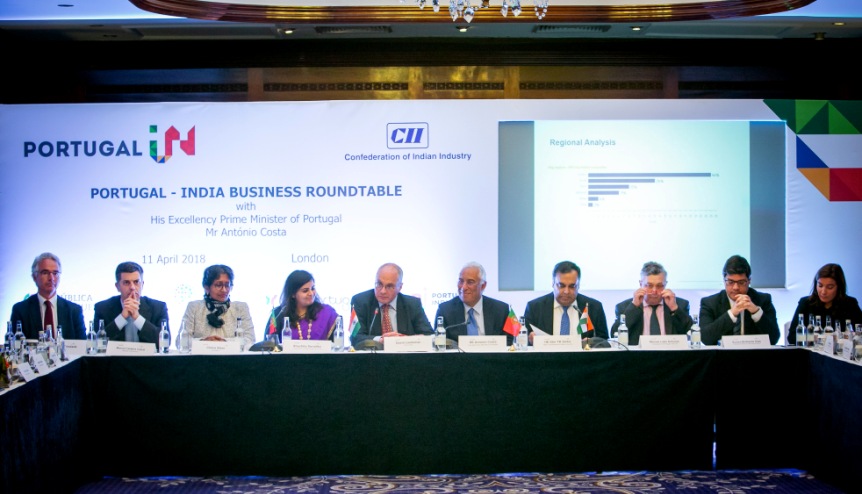 An Executive Committee member of Portugal IN examines how recent events have made the European nation a favourable choice for foreign investors.

As the news about the results of the Brexit referendum exploded into the media in June 2016, the rest of the EU slid into a temporary period of shock. Only one thing was certain: the political and economic situation of the UK, the remaining EU27 and possibly the entire world, would change forever.

Some EU countries were fast to react to the new opportunities that were arising from the fallout. Portugal seemed an unlikely candidate to take advantage of these opportunities some years ago – this small country situated in south-western Europe, one of the EU members that had taken the hardest fall after the global financial crisis that started with Fannie Mae and Freddie Mac subprime mortgage crisis in the US in 2007. How things have changed for Portugal – now touted as a case study for economic recovery despite entering the Troika program of bailout in 2011.

Over the last few years, Portugal has worked hard on several initiatives – it started building up a start-up ecosystem which is thriving today. It introduced an innovative residence program for foreigners from outside the EU called the Golden Visa Program which had brought a flow of around €3.5 billion of FDI into the Portuguese real estate scene by the end of 2017. The government also introduced a nonhabitual residence (“NHR”) program
with attractive taxes on passive income for anyone staying in Portugal for more than 180 days in the year.

Most importantly, for the tech start-up ecosystem, Lisbon had managed to secure the world-renowned and largest technology conference in the world, the Web Summit from 2016-2018.

In the wake of the result of the Brexit referendum in 2016, the government of Portugal was in a great position to announce a new task force with a special mission to capture some of the companies and investments that were being moved from the UK. The task force was formed by the Prime Minister Portugal himself, António Costa, and

its executive committee comprises a team of entrepreneurs from the private sector alongside a team of top civil servants completing the task force. Given that India is the third-largest foreign investor in the UK with around €54.5 billion, it is only natural that Portugal IN, in its quest for post-Brexit FDI, would identify India as one of its primary source markets.

With over five centuries of history behind the Portugal and India, the countries enjoy a special relationship today. India has much to celebrate as António Costa, of Goan origin, is the first head of state in the EU to be of Indian descent. Leo Varadkar of Ireland followed closely afterwards.

There are already a number of bilateral agreements in place between the two countries, the oldest dating back to 1977, on Trade, Economic, Industrial and Technical Cooperation. In 2017 alone – a year of flourishing relations between Portugal and India with mutual official visits between the Prime Ministers – several agreements of cooperation in strategic sectors, such as renewables, defence, space, tourism, communications, water and waste, came into being. In fact, PM Costa is now even a proud holder of an Overseas Citizen of India card personally presented to him by PM Modi. The Portuguese nation has great respect for India, especially as world leaders in IT and technology.

The time to invest in Portugal is now

Portugal is currently experiencing an economic boom, growing faster than any other country in the EU. Unemployment is down to 7.9 per cent at the last count, economic growth is reaching record figures and the public debt is diminishing faster than foreseen. The country is undergoing a transformation not seen since the years after joining the European Union. There is a lot of buzz around the property market again thanks initially to the aforementioned Golden Visa Residence (online applications here) and NHR programs but Portugal now has a burgeoning start-up scene that really deserves special attention.

The “California of Europe” takes on a new meaning, beyond the wonderful climate and beaches, when you consider what is happening in the ecosystem for start-ups in the country. Incubators, accelerators, co-working spaces have all been mushrooming all over in the last few years. In 2017, the Portuguese government announced a crucial coinvestment scheme called 200m that incentivises foreign venture capital to flow into Portugal through a secure co-investment by the government.

The €200 million fund will co-invest between €500,000 and €5,000,000 in each Portuguese start-up that meets the criteria for investment in priority innovative areas (biotechnology, life sciences, industry 4.0, digital and IT and tourism) and offers a buy-out within four to six years at 4 per cent-6 per cent IRR.

The government has also extended the Golden Visa residence program to cover start-ups and equity coming into the country for artistic productions, or to help bring in more equity for existing companies.

The attractiveness of Portugal

According to Ernst &Young’s (EY’s) latest attractiveness study, the country ranks 1st (out of 190) in international trade, 42nd in overall performance in competitiveness and 29th in ease of doing business. It’s the most peaceful country in the world and tourism beat all records in 2017, winning an impressive list of 37 prizes in the World Travel Awards.

Through its privileged geographical location on the Atlantic between the Americas, Europe and Africa, Portugal is a gateway to a market that includes more than 2.3 billion people spread across Europe and the Portuguese speaking countries in Africa, Latin America and Asia. Portuguese is, in fact, the 5th most spoken language in the world.

Indian investments are currently represented in Portugal by, for example, Wipro, Sana Hotels, Sakthi Group, Saptashva Solar, TCS Iberoamerica, Suzlon and Zomato. Shloklabs has even chosen Portugal as its headquarters. However, there is much more room to grow. Portugal is a frontrunner in water and waste treatment, renewables and infrastructures and home to Europe´s biggest reserve of lithium. There is also room for investment in the areas of tech, hospitality, agriculture and car manufacturing.

The “California of Europe” not only offers all-year-round good weather but also a very special light for film productions. Portugal has recently introduced one of the most attractive cash rebate programs in Europe, designed to create competitive conditions for film. Portugal has immense interest to enable topranking Bollywood productions to take place here.

With the aim of attracting Indian companies operating in the UK to Portugal, Portugal IN helped coordinate an event with the Confederation of Indian Industry (CII) in London, where Prime Minister Antonio Costa declared: “In Portugal, Indian companies can have a two in one solution: keeping one foot in the UK and one in the European Union – by choosing Portugal.”

Chitra Stern is a Singaporean- Indian-British entrepreneur and the Owner/Founder of the Martinhal Family Hotels & Resorts. She is also Member of the Executive Committee of Portugal IN, a taskforce set up by the Portuguese PM to attract more FDI into Portugal.

About the Author: Chitra Stern