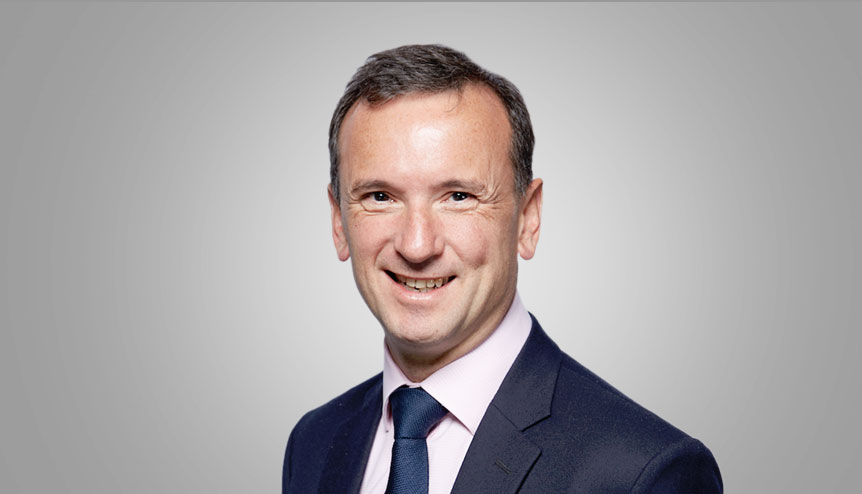 In light of his recent visit to India, the Secretary of State for Wales weighs up how Brexit could help Wales carve its individual identity and foster a stronger relationship with India.

The United Kingdom will leave the European Union at the end of October. But since the 2016 referendum, which began the process of leaving the EU, I have been asked many times what this momentous change will mean for the future of Wales.

Wales has always played a crucial role in the economy of our unique British union from the huge coal and metal industries of the Industrial Revolution through to the thriving service and education sectors of today.

Although some people have doubted our capacity to continue as an ambitious trading nation in the 21st Century, exports from Wales continue to grow in markets both inside and outside the EU. I am confident this trend will continue long after Brexit on 31 October.

I am optimistic chiefly because I believe the coming years will bring incredible opportunities for Wales and the UK. Europe makes up a smaller share of the world economy than in the past, and the EU increasingly so, while the coming decade is likely to see developing economies across the globe continuing to strengthen and grow. For us to forge a new role for our country on the world stage and provide the jobs and prosperity Wales needs, we must navigate this seismic shift in the global economy.

One of the keys to success is taking the opportunity to deepen our long-standing economic relationship with India. The Indian economy remains among the fastest growing in the world and it is predicted to occupy this position well into the 21st Century.

Last year alone, UK exports to India were worth £8 billion and imports £12.5 billion, but the opportunities for further growth are huge and need to be grasped immediately in the post-Brexit world. Ensuring that Wales is well-placed to trade with the world’s fifth-largest economy and work closely with Indian partners in the decades to come was a key theme of my trade mission there last month. 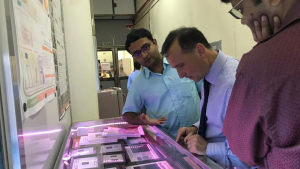 As the Indian economy continues to expand, Wales’s presence on the world stage is also growing. Between 2017 and 2018 Welsh exports increased by 4.2 per cent to a value of £17.2 billion and the average value of goods exported per exporter in Wales was £750,000. Every day, incredible Welsh businesses are seizing new opportunities in markets across the world.

But there are still opportunities not being taken and ambitions remaining unrealised. Wales is punching above its weight but below its potential.

In India, there is demand for goods and services in areas where Welsh businesses excel and there are unparalleled economic opportunities in some of our strongest sectors including healthcare, education and sciences.

What I saw during my recent trade mission underlined to me the strength of the existing economic links between Wales and India, but also highlighted how much potential there is to broaden and deepen this relationship.

In Mumbai, I met Dr Habil Khorakiwala, Chair of the Wockhardt Group which has a facility employing around 400 people in Wrexham, in north Wales, to explore the opportunities the Indian pharmaceutical sector can bring to Wales and the UK. I also spoke at the Bio-pharmaceutical Business Leadership Forum where I outlined my ambition for greater Indian investment in Wales in the life sciences.

It was also inspiring to meet the team behind the pioneering UK-India SUNRISE Project. Led by Swansea University, the network aims to address global energy poverty through the development of next-generation solar technologies. Uniting leading universities and industry in the UK and India, the project is a prime example of the current close links between our two countries showing how our shared expertise can utilise different strengths to our mutual benefit.

The UK Government’s Export Strategy aims to raise our exports as a proportion of GDP from 30 per cent to 35 per cent, putting us towards the top of the G7. Wales is at the centre of this approach and we are implementing a range of measures to help support Welsh companies on the world stage, giving them the practical, promotional and financial support, they need to grow.

Leaving the European Union means we can pursue an independent trade policy for the first time in four decades, using that to maximise our global export potential and delivering benefits for businesses and workers.

Wales has a growing economy, low unemployment and will soon have the ability to shape the UK’s future deals with partners around the world. Throughout Wales’s history we have experienced significant success when taking everything we have to offer around the world – whether it is in the fields of culture, sport, business, education or industry. India is already an important part of this story and I hope this relationship takes an even more central role in the exciting period ahead.

Alun Cairns is a Conservative Party MP for the Vale of Glamorgan and has been the Secretary of State for Wales since 2016.

About the Author: Alun Cairns