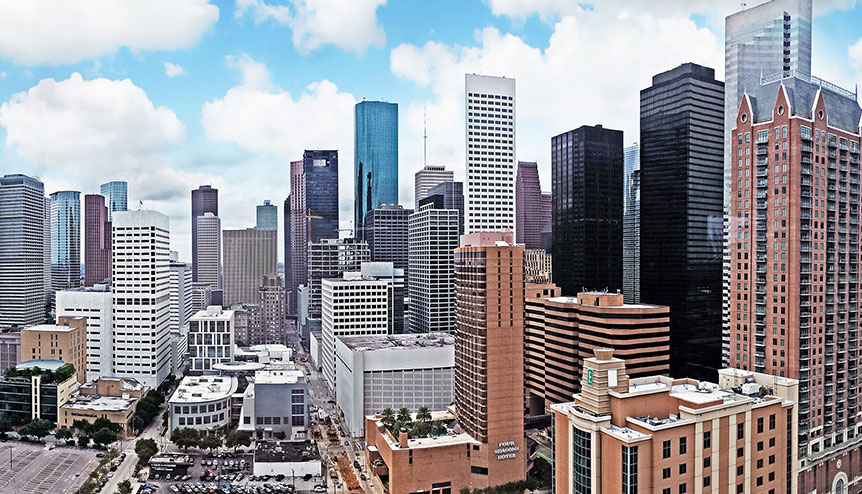 Indian companies across sectors find success in Texas thanks to a large, skilled workforce and competitive business climate.

Texas is a major driver of the US and global economies. In fact, if Texas were its own nation, it would be the 10th largest economy in the world.India Texas, Business, US

We’re home to the United States’ second-largest civilian workforce, at 14 million people. We’re also home to a highly competitive tax climate with no personal or corporate income tax. These advantages have led to more US corporate relocations into Texas and greater job creation than any other state – with 2.18 million jobs added over 10 years as of December 2017, according to the Bureau of Labor Statistics.

A long-standing economic relationship with India

Texas is a top-ranked location for foreign direct investment and trade. We’ve led the US in exports for 17 years straight, and India’s trade with Texas in 2018 reached $5,116 million in exports and $3,654 million in imports.

Market-leading companies based in India are choosing to grow their global footprints in Texas. Between 2011 and 2018, more than 30 India-based companies invested a combined $1,122 million and created a combined 8,725 jobs throughout the state of Texas.

A key market for Indian corporations

“[The Texas Technology Center] is testament to the local talent pool and the robust support offered by the state to the technology sector,” said Abidali Z. Neemuchwala, Chief Executive Officer and Managing Director of Wipro Limited. “We applaud the Lone Star State’s support of the technology sector. Wipro is proud to do business in Texas.” Neemuchwala, a Dallas resident, was appointed by Texas Governor Greg Abbott to serve on the Board of Texas Economic Development Corporation in 2019.

India-based companies beyond the technology sector are also seeing success in Texas. Manufacturers with an ongoing presence in Texas include JSW Steel, Mahindra USA and National Engineering Products. Indo-MIM, a leading global supplier of precision-engineered products, established its first US manufacturing operation in San Antonio to better reach North and South American customers.

“Indo-MIM spent more than 18 months locating its first US manufacturing facility and examined multiple locations in search for the best site,” said Krishna Chivukula Jr, CEO of Indo-MIM. Ultimately, the company chose San Antonio, Texas thanks to “the sophistication of the local manufacturing and industrial culture, strong workforce solutions providers and the City of San Antonio’s and Bexar County’s ability to work with private and public entities to create the right environment for a globalized manufacturing company to thrive long-term.”

Texas is dedicated to maintaining and strengthening its economic relationship with India. In 2018, Governor Abbott together with Texas Economic Development Corporation led a nine-day business development mission to India. The mission included stops in Mumbai, Bengaluru, Agra, and New Delhi to meet with company executives and government officials, with visits to Wipro’s Electronic City facility in Bengaluru, Infosys Limited’s corporate headquarters in Bengaluru and JSW Group’s global headquarters in Mumbai.

“I look forward to bringing more jobs and investment to our state, and continuing to build upon Texas’ already strong economic and cultural relationship with India,” Governor Abbott said of the trip, during which time Wipro announced its Texas Technology Center.

Robert Allen is the President & CEO of the Texas Economic Development Corporation, an independently funded and operated non-profit organisation responsible for marketing and promoting Texas as a premier business location.

About the Author: Robert Allen