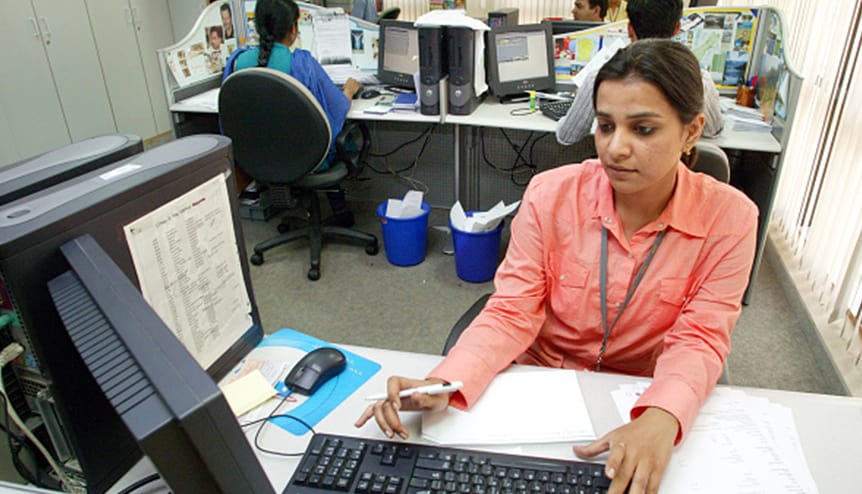 India’s opposition parties led by the Congress have been trying to corner the Narendra Modi government over reports appearing in sections of the media that seem to suggest high unemployment.

These articles cite an alleged government report that is still not ready and a report by the Centre for Monitoring Indian Economy (CMIE) that has been challenged by economist Surjit Bhalla and many others on methodological grounds.

There are, simultaneously, two alternative narratives on jobs and employment in India. Apex chamber of commerce, the Confederation of Indian Industry (CII) has published a report that said 12.5-14.9 million jobs were created over the past five years. This report is in line with other broad indicators such as the consistent 7 per cent-plus GDP growth rate during the Modi years, which has made India the world’s fastest growing major economy.

The BJP manifesto for the 2019 elections, released earlier this week, promises a big push to job creation both in the formal and informal sectors of the Indian economy. In the former, it promises a massive investment of $1.4 trillion by 2024 on building infrastructure such as highways, railways, airports, etc. It promises that the government will spend another $350 billion in rural India on warehouses, interest free credit cards of up to $1,400 for those who pay back loans promptly, etc., to facilitate the doubling of farm incomes by 2022.

This will provide a massive fillip to the construction industry, which is India’s largest employment generator after agriculture. Any boost to the construction sector will automatically translate into a leg up for upstream industries such as steel, cement, transports, electricity, mining and more than 200 others.

Not only will this boost employment generation in the formal sector, it will also provide livelihoods that India’s still antiquated statistics collection mechanism does not catch. These will not be your regular nine-to-five jobs where attendance is recorded by punching in smart cards. These millions of new jobs will also not show up on employment rosters of companies and contractors working on the government’s humungous infrastructure building programme.

India has moved on

Here, the BJP manifesto recognises what the rest of India’s Opposition is still reluctant to acknowledge: That India has moved on… That in addition to regular formal jobs and informal ones, a significant chunk of the vast army of about 10-12 million young Indians who enter the job market every year want to ride the opportunities being thrown up by the New India to achieve their dreams.

And any programme as massive as the infrastructure building programme unveiled in the BJP’s manifesto will throw open millions of opportunities for ambitious young men and women to start out on their own – as labour contractors, as small shopkeepers and vendors of industrial supplies, as service providers to larger units, as service aggregators, etc.

These people, almost all of them operating in the informal sector, will never show up on any job survey. But they are important stakeholders in India’s economic journey and deserve the support from the government.

Millions of women entrepreneurs will also emerge from this churn in India’s informal sector. Self-help groups have significantly empowered women in both rural and semi-urban areas. This fresh wave of small entrepreneurship may well push more women to enter non-traditional areas of business that are currently dominated by men.

And as the economy grows and millions of individuals give free rein to their aspirations, a second group of individuals are also redefining the nomenclature of jobs. If, for example, you ask a micro-entrepreneur and MUDRA loan recipient if he/she has a job, the answer will be in the negative. If, however, you ask if this person is gainfully occupied in an activity that generates economic returns, the answer will be a resounding yes.

MUDRA is a scheme launched by India’s Narendra Modi government to provide loans of up to $14,000 on easy terms to the non-corporate, non-farm small and micro enterprises that have traditionally not had access to formal banking channels to help them set up and expand their businesses.

A below the radar start-up boom

Aspirational India is witnessing a start-up boom – not only in tech- and Net-enabled sectors with angel funding from the likes of Softbank, Alibaba and other venture capitalists in big cities like Delhi, Mumbai and Bangalore – but also in micro and small enterprises in India’s vast hinterland. With small and micro loans under MUDRA, these village-level entrepreneurs are rewriting their own life stories and the story of India’s rural and informal sectors.

These start-ups remain unheralded, they are not celebrated in the media and don’t get jaw-dropping valuations after every new round of funding, but they, too, are making an invaluable contribution to the Indian economy, especially in the field of financial inclusion.

It will be premature at this juncture to estimate the number of jobs that will be created as a result of the above initiatives. But given the ambition of increasing the number of MUDRA loan beneficiaries to 300 million from 170 million at present, and given the humungous sums of money being earmarked for investment in infrastructure, it will be fair to assume an exponential jump in employment numbers.

But since a significant number of these gainfully employed individuals will not show up in the government’s official employment statistics, there is an urgent need to revamp the data collection methodology to more faithfully reflect the situation prevailing on the ground.