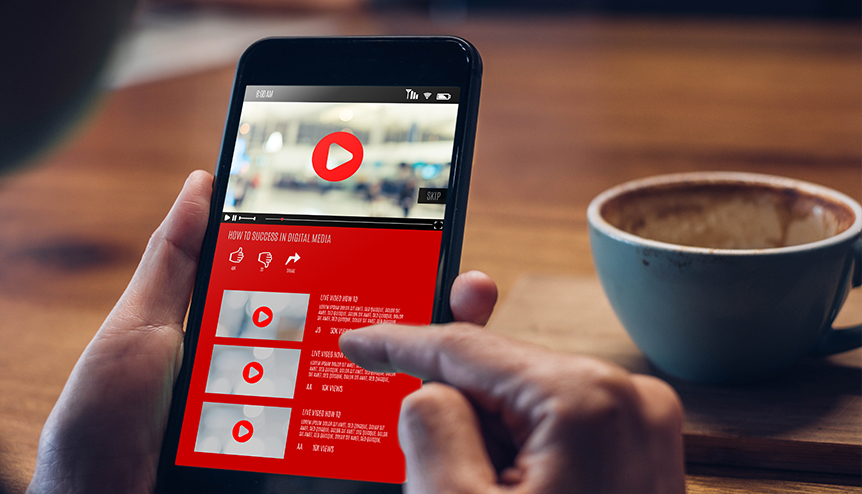 Boris Johnson looks to be on the verge of pulling off his Herculean mission of passing the Brexit deal with the EU, but I am going to resist commenting on it just yet.

Instead, there is another Herculean transformation happening in India, which merits a closer look.  Remember the early 2000s when mobile phones began gaining popularity in India. It began with a crawl to the first 10 million mobile phone subscribers followed by the painful walk to the 50 million figure. The sprint began sometime after the 50 million subscriber-mark; the numbers jumped exponentially, hitting 100 million, 200 million, 300 million every few months and years, before recently stabilising at around 900 million subscribers.

These were followed by the rising spread of the internet across India. Now, the next chapter of that story is unfolding before us – the start of the online streaming revolution in India.

India has the second largest number of internet users in the world. A recent report by one of India’s industry bodies Assocham and PwC states that the video over the top (OTT) market in India is expected to be among the top 10 markets globally with a market size of $823 million by 2022. This mainly comprises content streaming services by companies such as Hotstar, Netflix and Amazon Prime Video.

Till recently, foreign companies such as Netflix and Amazon Prime were streaming only popular international shows and Hollywood movies. This limited the market to a sliver of English-speaking Indian audiences. To penetrate the Indian market further, these companies added large volumes of Bollywood and regional language movies. They have also tied up with leading Indian production houses to produce shows with Indian content and stories – much like how Rupert Murdoch’s Star TV became a household name in India by producing Indian television serials from the mid 1990s onwards.

Shows like ‘Sacred Games’, ‘Made in Heaven’, ‘The Family Man’ etc, made by leading Indian producers and directors, are being aired on Netflix and Amazon Prime. These shows have not only become wildly popular in India, they’ve even garnered audiences in non-Indian markets. ‘Sacred Games’ was also nominated for the Emmy Awards in the Drama category.

A report by IHS Markit, a Nasdaq-listed consultancy firm highlights the following:

Key initiators of growth in the Indian online video subscription market can be traced to two events in 2016:

According to Assocham and PwC report, there are five fundamental drivers of this exponential growth.

As I mentioned above, the rapid growth of smartphone penetration is driving this trend. India’s smartphone users are expected to reach 859 million by 2022, a CAGR of about 13 per cent. This coupled with the lowest data tariffs in the world, will ensure that the impressive growth in  OTT services in India will continue unabated.

Internet consumption is clearly on the rise in India. The important factor for the VoD industry is the availability of devices that are compatible with online video viewing, particularly smartphones which seem to the most popular devices to watch videos.

For entertainment moghuls worldwide, India then presents the next frontier.